Crew's Ethan Ho Competes in Virtual Head of the Hooch 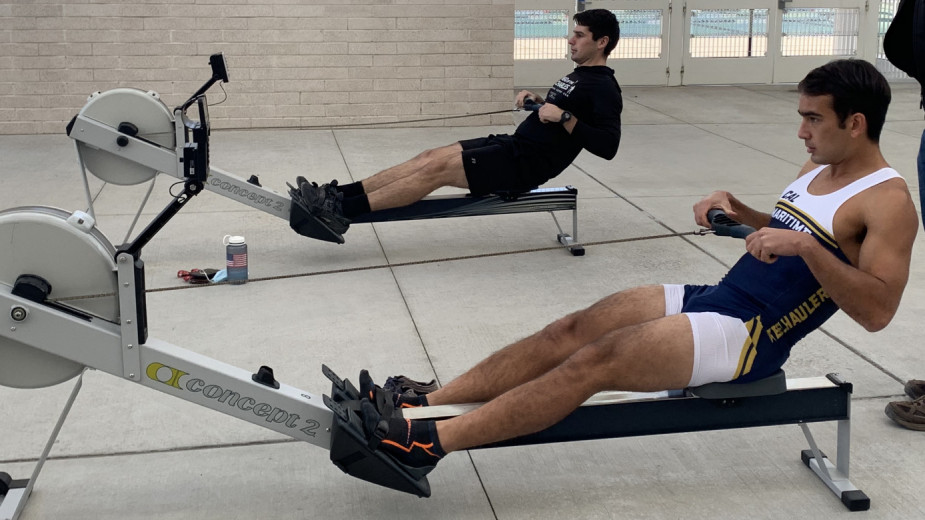 Cal Maritime's Ethan Ho '22 (MT) represented the crew team at the Head of the Hooch regatta Saturday and put together an outstanding race, finishing 1st among club teams and 4th overall, in the men's single, which combined four different categories (Club, Under 15, Under 17, and Under 19).

The Head of the Hooch is a 5,000-meter race normally raced in Chattanooga, Tenn. However, this year's version was held virtually, with rowers competing on ergometers that connecting to the race through an app on their phones and that app linked to the erg via Bluetooth. The erg would keep track of the rower's speed and rowing pace.

A virtual reality version of the course was created, allowing rowers to see the entire course and pass boats. Ethan, a third-year Marine Transportation major, put together consistent split times throughout the race and was able to power past three other singles, the last with about 500 meters to go to the finish.

"With a limited number of cadets on campus, and the various restrictions in place for the coronavirus, it's been a difficult fall season for most intercollegiate sports programs, including crew," says Head Coach Mike Tressel, "so it was great to have an opportunity for one of our rowers to compete in this national setting."