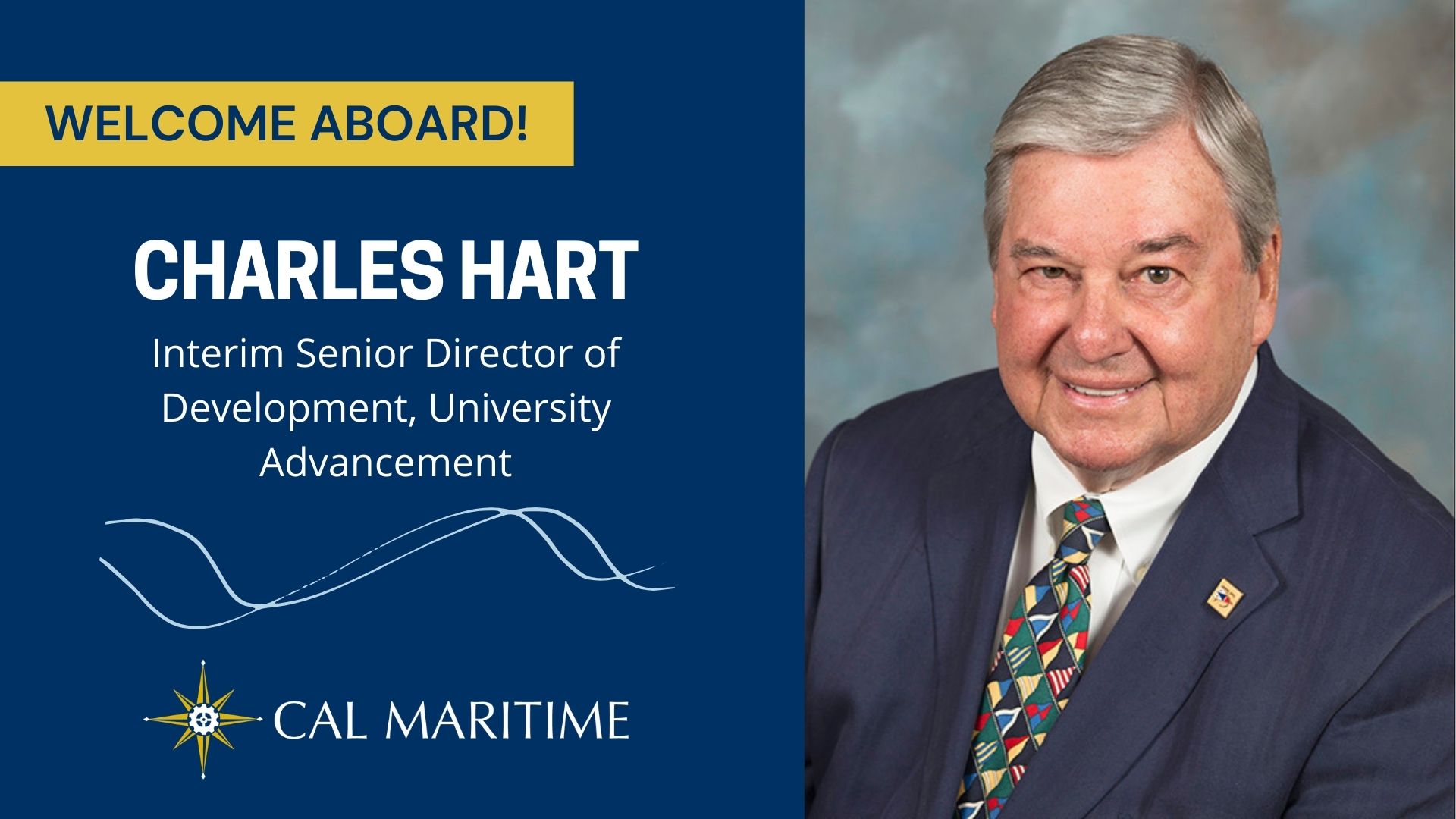 Charles Hart has joined Cal Maritime as its Interim Senior Director of Development. In this role, Hart will oversee outreach and fundraising efforts including alumni office, the annual fund as well as Cal Maritime’s inaugural comprehensive campaign, Leading the Way.

“My new role at Cal Maritime will draw my experience as a non-profit leader, and a high-tech executive and a mariner in both creative and challenging ways,” says Hart. “I’m excited to be meeting a host of fascinating cadets, faculty, and alumni here and look forward to the work we can do together as ‘friend-raisers’ and fundraisers for the Academy.”

Prior to his role at Cal Maritime, Hart was the Chairman of the Board of Trustees and Chief Executive Officer of the San Francisco Maritime National Park Association.  This 70-year-old non-profit company manages the historic WW II submarine, USS Pampanito and conducts maritime based education programs with over 10,000 students, annually, on the Hyde Street Pier in Aquatic Park.  Also, he had previously been the CEO of Call of the Sea, a non-profit, marine environmental education organization operating the 82’ Schooner Seaward and building the hybrid powered, tall ship, the 132’ Brigantine Matthew Turner.

His earlier career centered on the field of high tech, where he led several public and privately held companies that innovated in hardware, software, and global security and geographic and navigation systems.

Hart earned his bachelor's degree at the University of Maryland and continued his education at Stanford University’s AEA Executive Institute in the Graduate School of Industrial Engineering. In the United States Air Force, he was a Squadron Commander with the Strategic Air Command.

His community involvement has included key management roles in music, arts, health care and health care organizations. He has also served as the Commodore of the St. Francis Yacht Club in San Francisco.

“Charlie’s extensive and diverse experience as well as his deep connection to the maritime world make him a terrific addition to our team,” says Robert Arp, Vice President of University Advancement. “It is with great pleasure that we welcome him aboard and put him straight to work leading our fundraising endeavor at this critical time.”