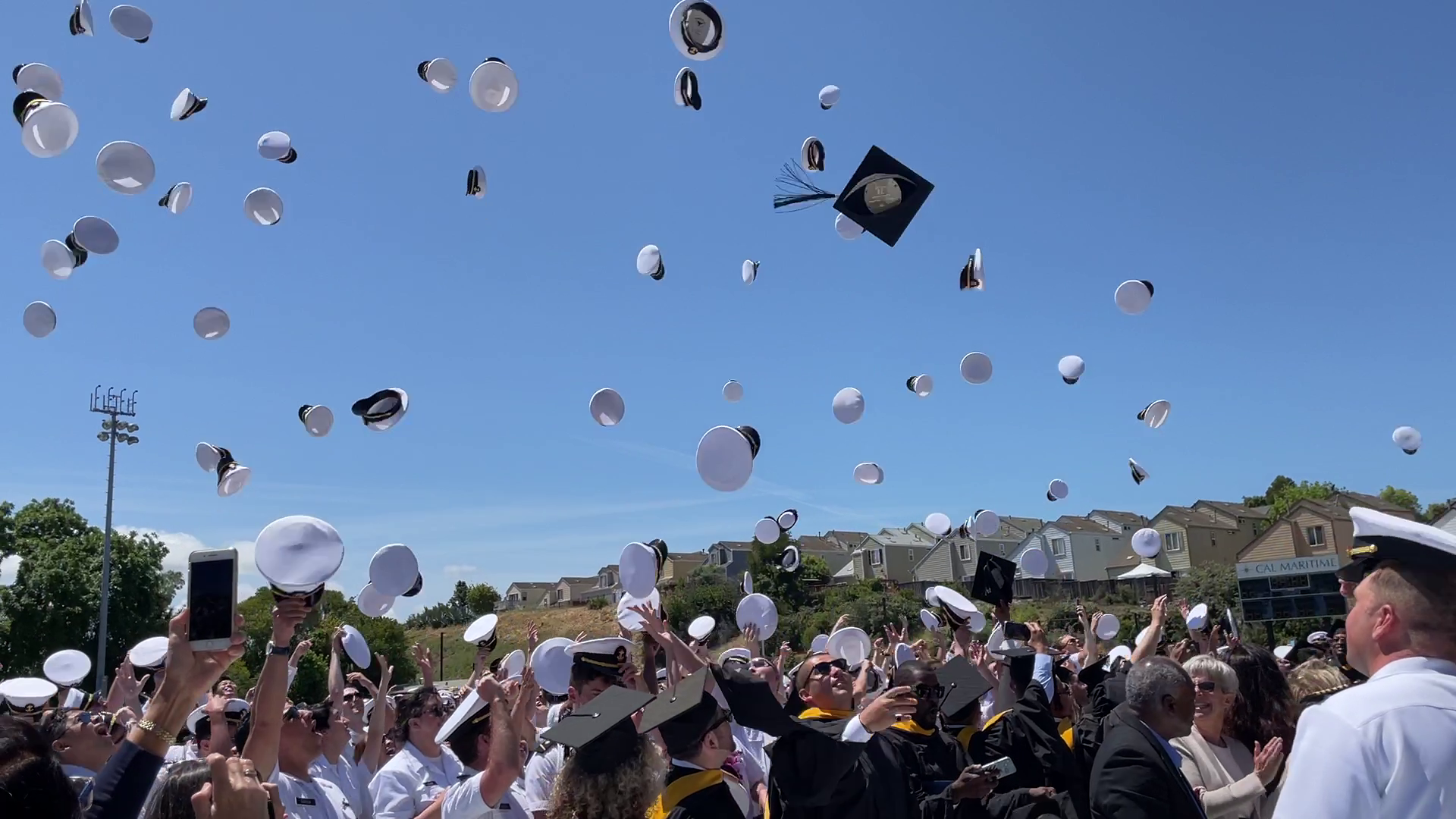 On a sunny, breezy day and in the presence of faculty, family and friends, local officials, and a Cal State trustee, President Tom Cropper lauded new graduates of California State University Maritime Academy for their achievements at Cal Maritime’s 92nd Commencement -- held Saturday, May 7 on Bodnar Field.

As the Class of 2022 has studied for three of their four college years amidst global pandemic conditions Cropper noted that they have “demonstrated dedication, honor, integrity, respect, responsibility and trust. They now have a distinction,” he continued, “one that will carry into their bright futures, as the alumni who were molded by an acute necessity and a sheer willpower to prevail.” 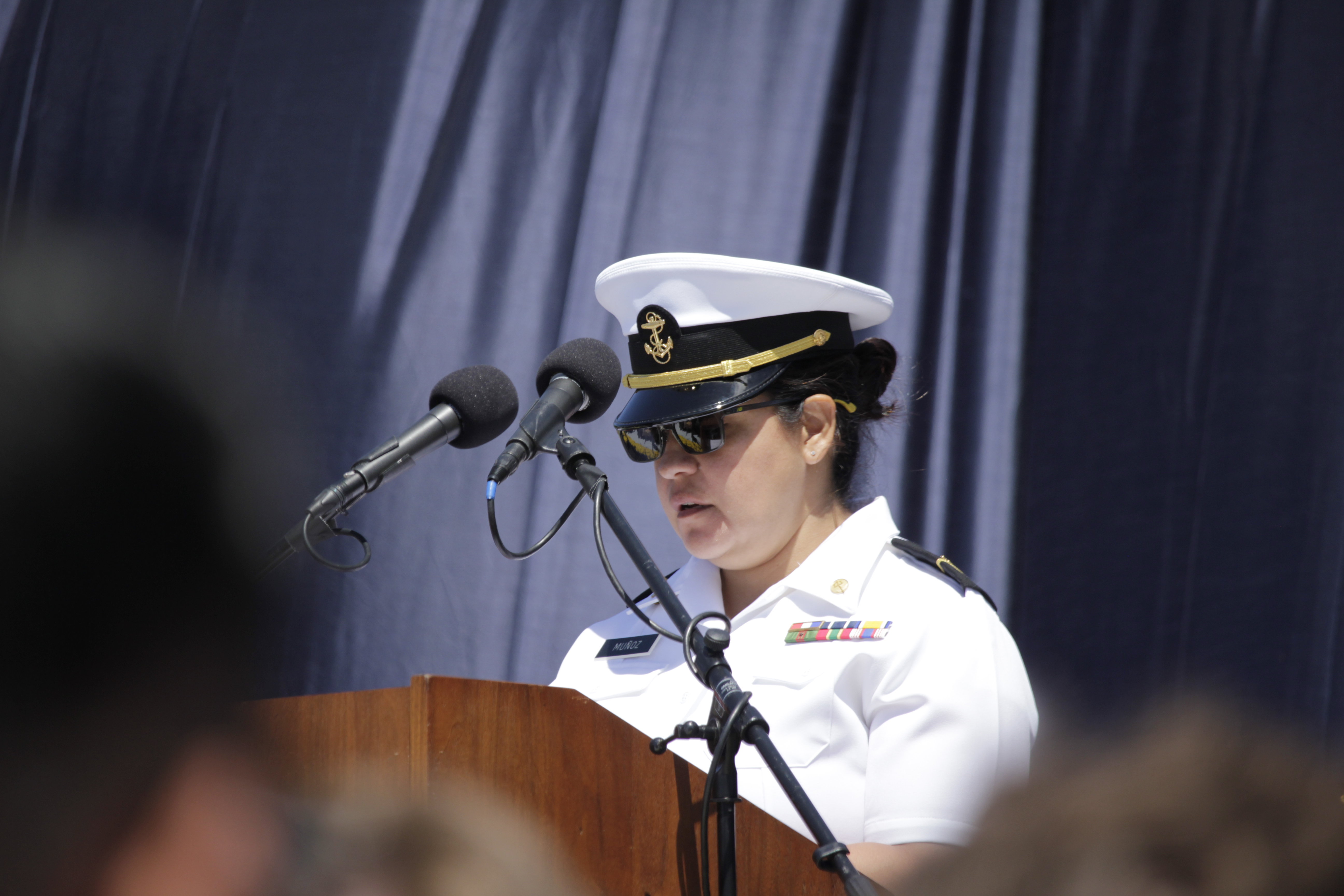 Oceanography major Olivia Munoz was chosen by her undergraduate classmates to represent them with a commencement address. She is in the first cohort of Oceanography students to earn a degree since the major was launched two years ago. Of Native American descent, she offered an Iroquois greeting and acknowledged the conversations around culture, some challenging, which have occurred during the academic year, and the changes that have occurred as a result. “This small, unique campus allowed us to explore these ideas and implement changes. We did that! We did that together and began working through some very tough topics.”

Alicia Winterbottom gave the graduate student address, representing those who received a Master of Science in Transportation and Engineering Management (MSTEM) at the ceremony. She is a member of the MSTEM Class of 2020, whose graduate school journey was interrupted by the pandemic. She is also a member of the undergraduate class of ’08. 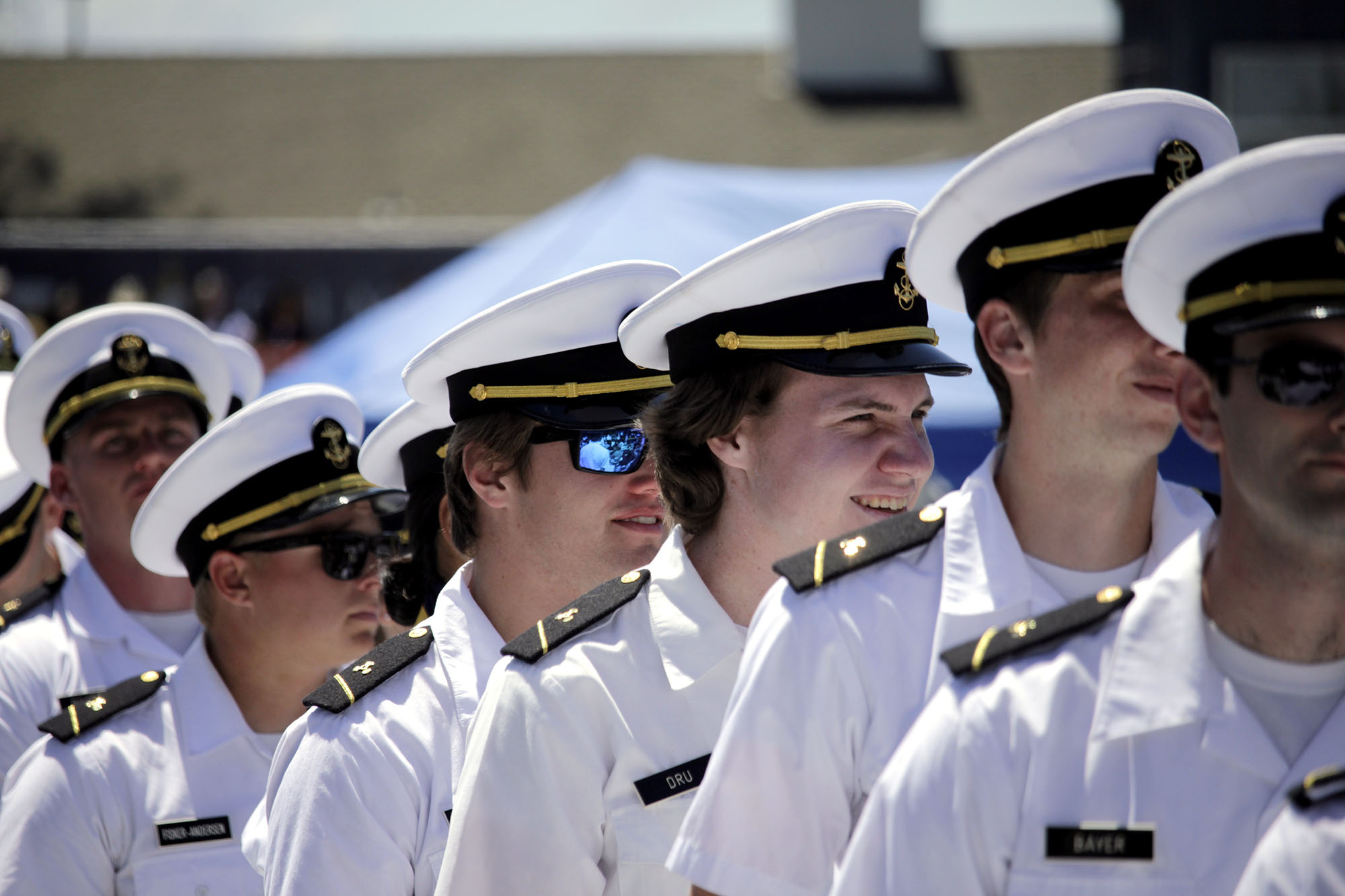 “I earned my Master’s degree while working full time, married to a merchant mariner who is gone half the time, pregnant, and mother to a toddler.” She learned, she said, the important lesson of time management and encouraged fellow grads to acknowledge and celebrate their achievements and unusual journey in an uncertain world.

Dedicated public servant Major General Barrye Price (Ret.), who currently serves as the President and CEO of the Community Anti-Drug Coalition of America delivered the commencement address.  He urged the graduates to share their time, talent, and treasure with their alma mater and reach back to the institution that has given them so much. “Know that you are no longer who you were prior to graduation…you had a transformative experience, so be transformed by it.”

Just prior to the ceremony and in a separate celebration, 12 Strategic Sealift Midshipmen were commissioned as Ensigns into the U.S. Naval Reserve. Capt. Kendall G. Bridgewater, Commander, Military Sealift Command Pacific administered the oath to the commissioned officers during the commissioning ceremony. 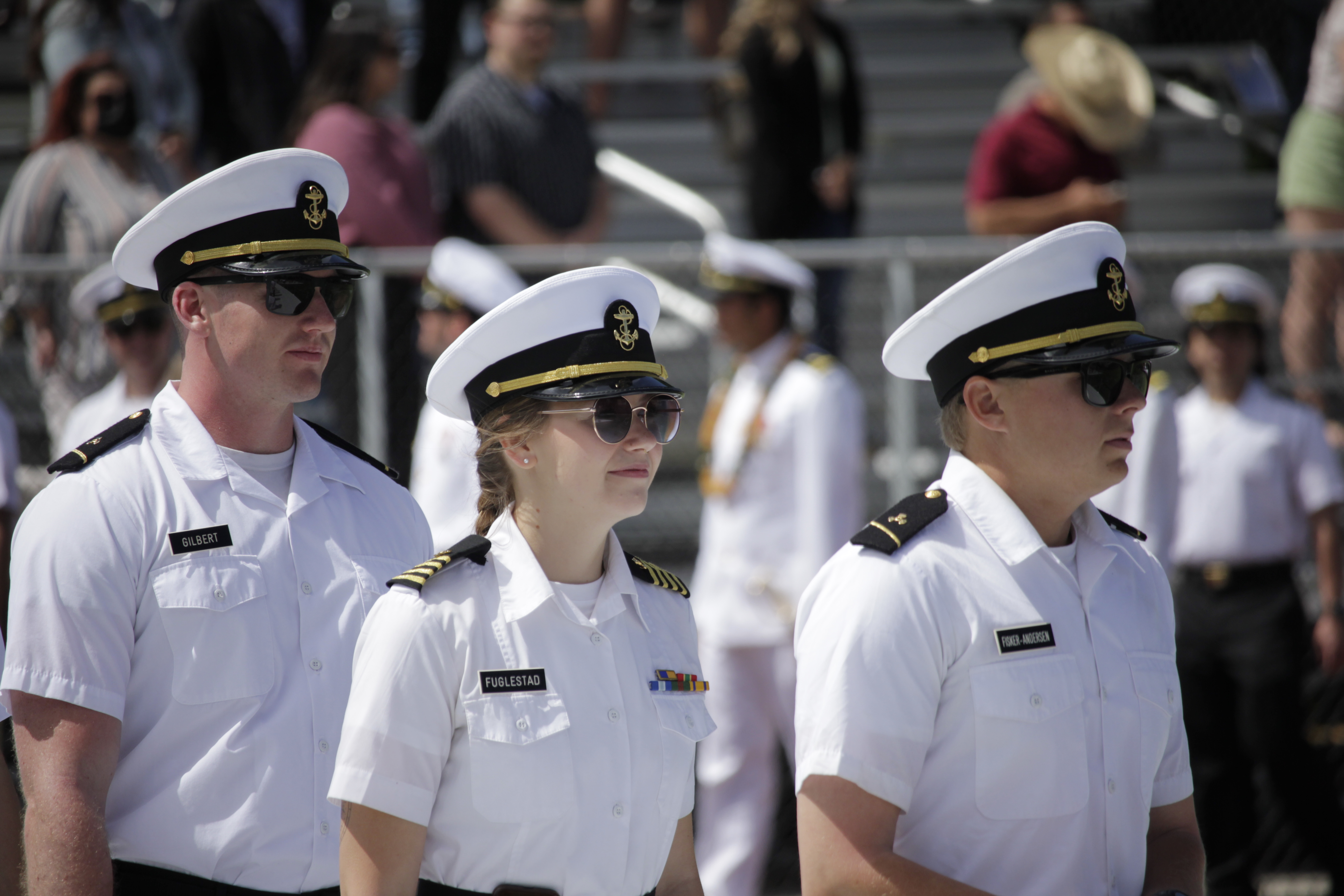 Both ceremonies were livestreamed and friends and family of the graduates watched from around the world, sending congratulations and cheers from afar on a live chat.

The ceremony began with a land acknowledgement, honoring the indigenous forebears who once resided on the expanse on which the Cal Maritime campus now sits.