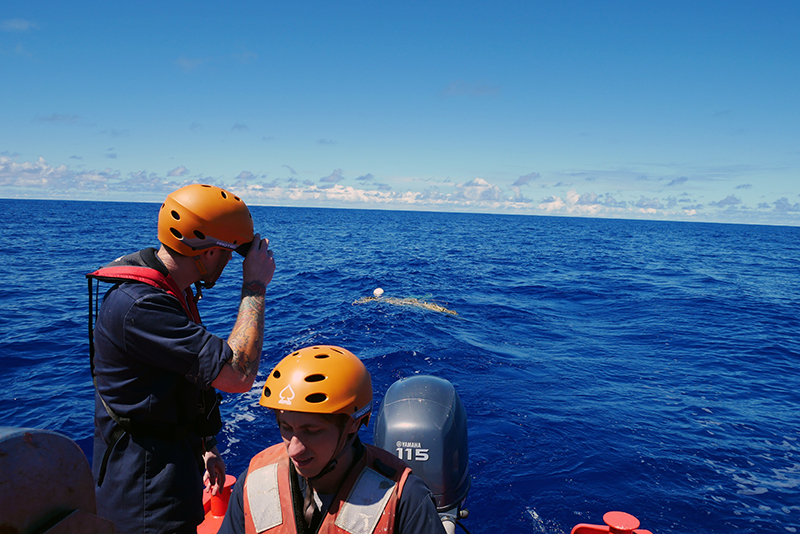 Today was a busy day for everyone on the Bear.

Around 1000 one of the lookouts on the bridge spotted fishing nets that were adrift. These nets were about 500 yards off our bow on the port side. The Bridge then conducted a Williamson turn which allowed us to prepare to launch the Fast Rescue Boat and retrieve a tracker for the fishing gear. Ten minutes later we were ready to launch the FRB,  and once deployed the FRB was sent out about 500 yards to mark the net with the transponder. There were some small crabs climbing on the net and lines and some fish that were following it. We moved the net so we had a better grasp for the transponder and the fish followed its every move. Once the transponder was connected, we released the net. This is to allow the Ocean Voyages Institute to do research with ocean currents and find larger patches of garbage. This is a major issue for marine life and this one small act could help immensely in the future. 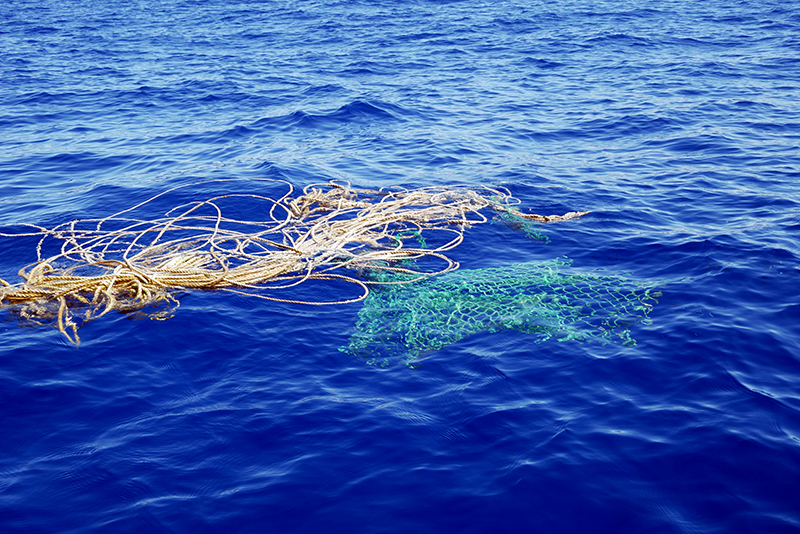 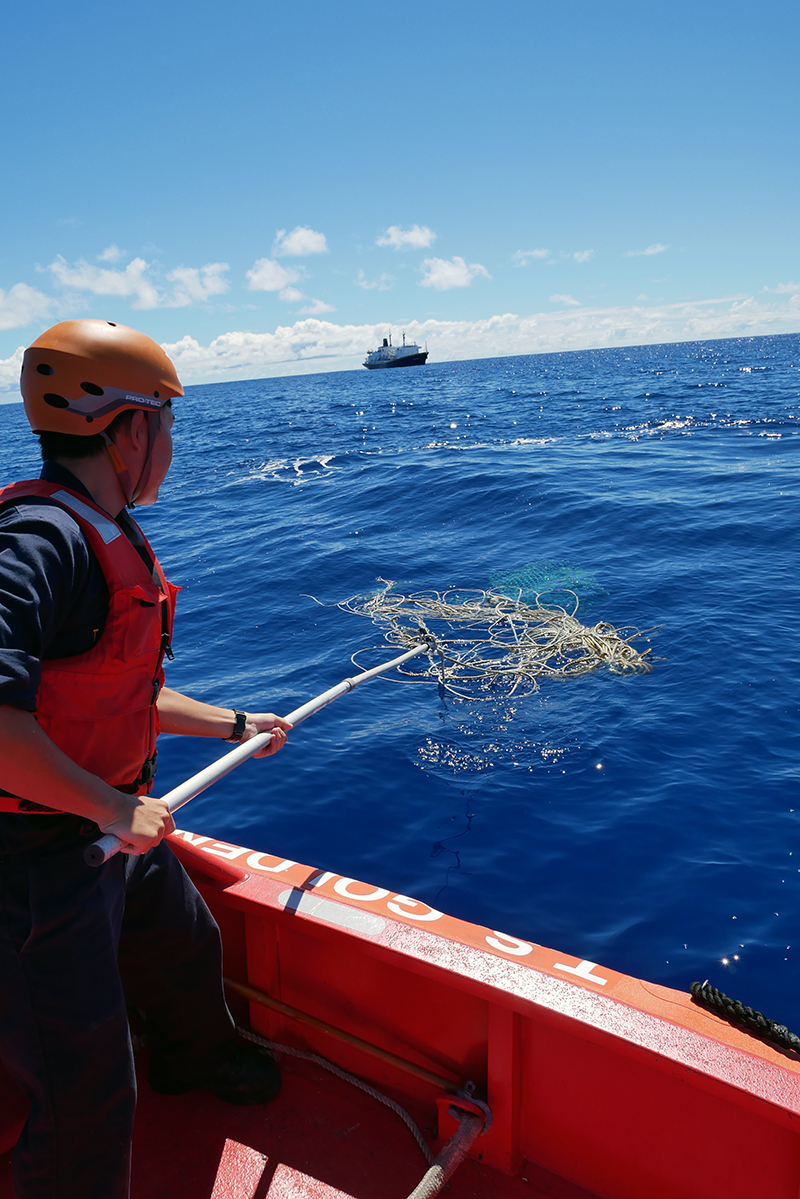 Down in the engine room the cadets were busy working on the bilge pump system as well as the main engine. The spaces are crowded as some cadets work diligently while others hold lights up or are there to observe what is happening. Thankfully the water temperature is slowly decreasing making that space a little more tolerable. 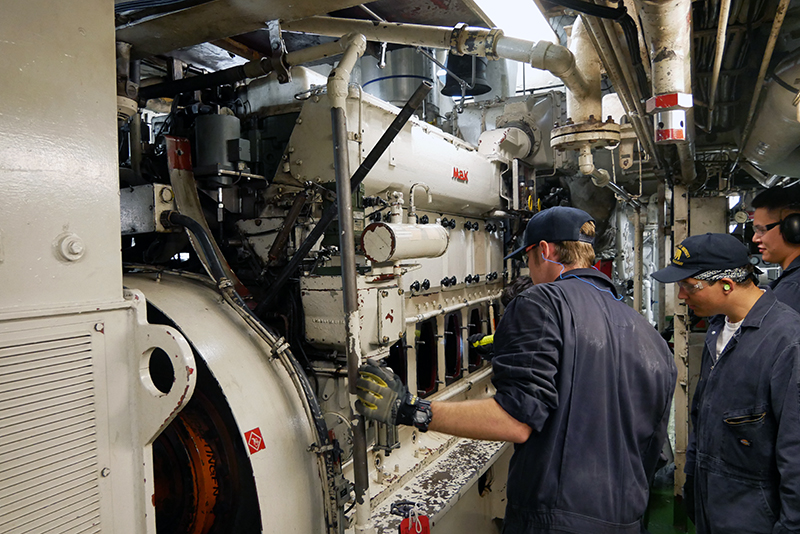 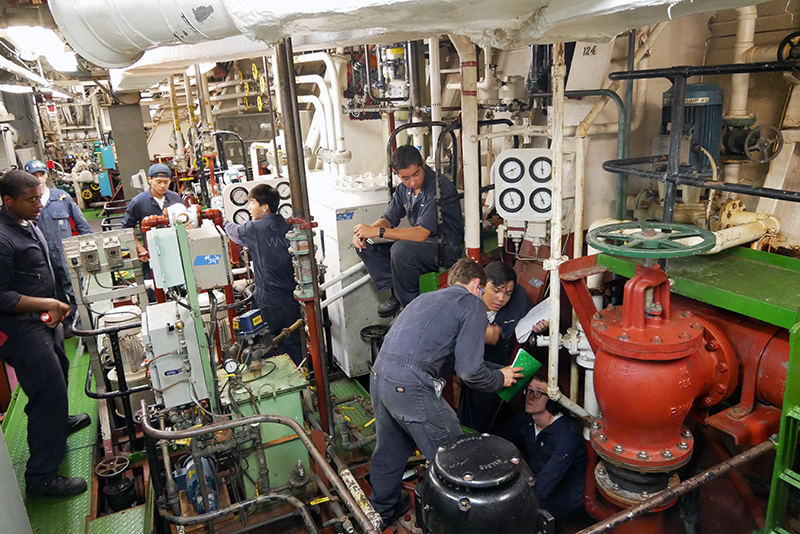 This evening is our BBQ, everyone is looking forward to it. The seas are calm, and the air is pleasant which adds to the excitement. The BBQ is one of the few opportunities for many of the cadets and crew to see each other at meals. 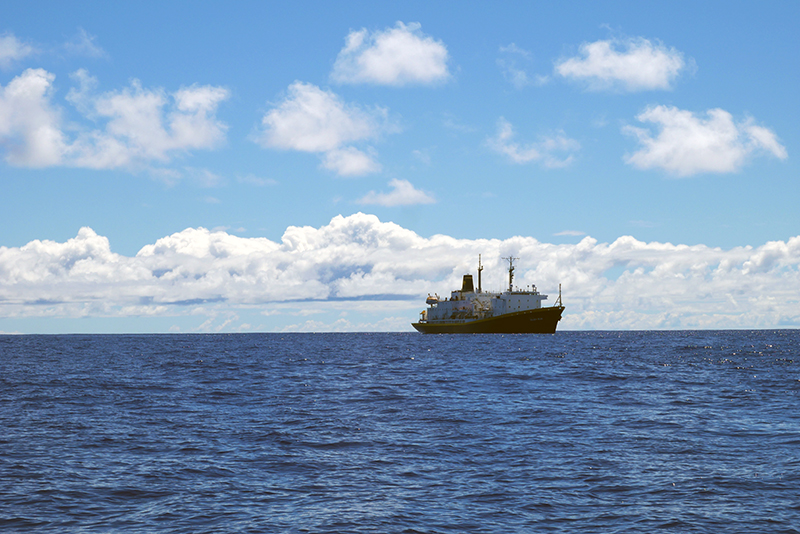