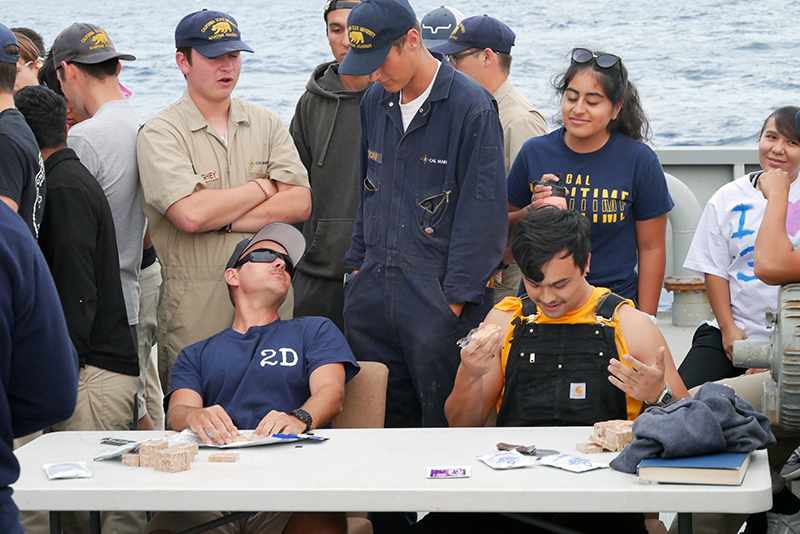 Work out on decks has slowed due to the heavy seas, a lot of the work has continued in the house and below decks. Down in the Halon room, cadets were busy chipping and repainting the decks and overheads. Just like the exterior decks the interiors need a new coat of paint from time to time. On the 02 aft house the cadets were busy painting the corridors bright white. 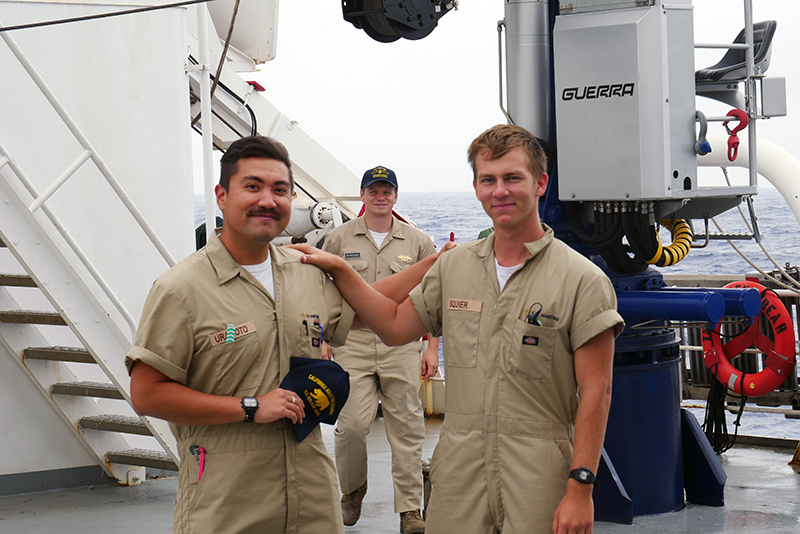 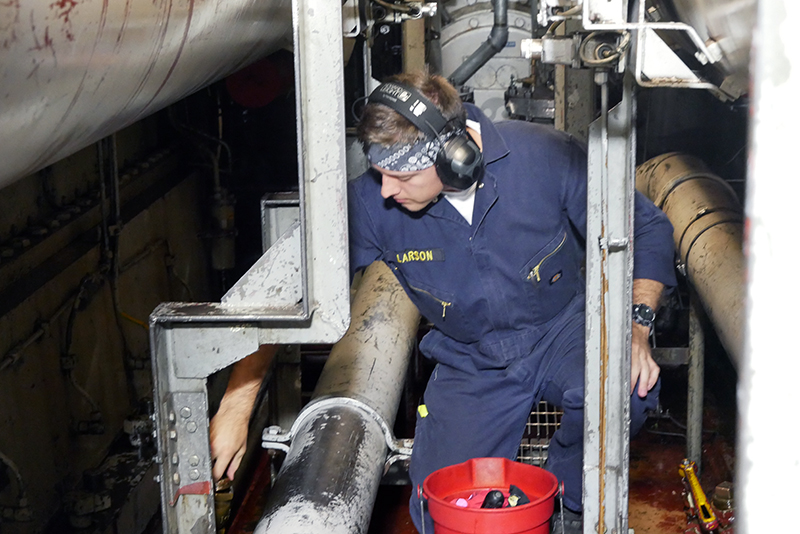 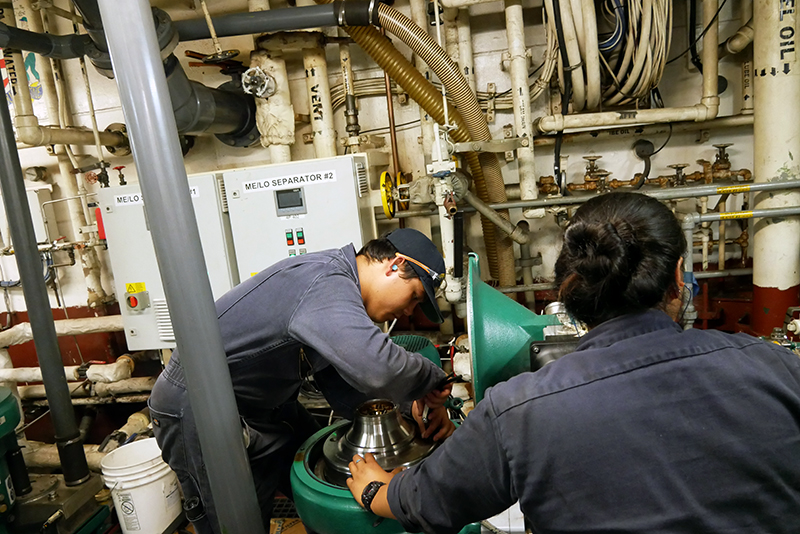 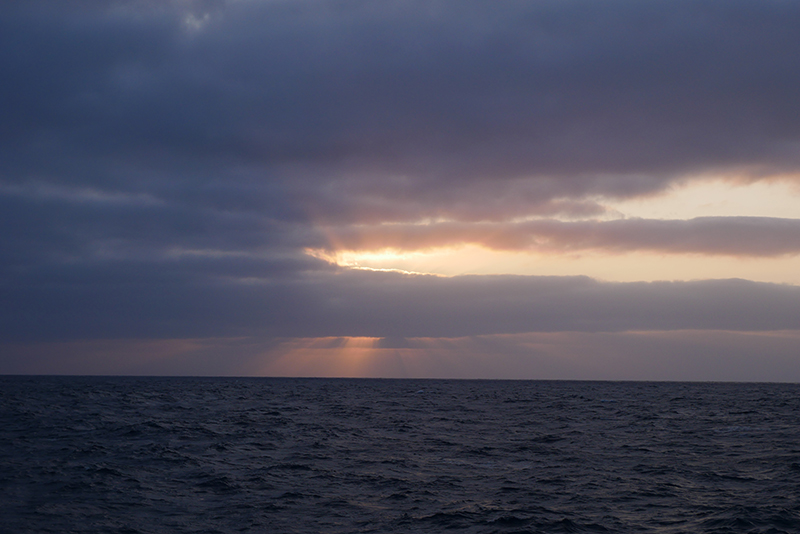 Down in the engine room the temperatures have decreased slightly because of the cooler ocean temperatures. This makes that space slightly more habitable. Some cadets were busy taking soundings of the lube oil on the main engine, while others were putting the fuel oil purifier back together. The task of taking soundings is important to do to make sure you know the oil levels in the engines, this is to ensure they have enough to run smoothly. Repairing the fuel oil purifier is important since it is a part that is operated frequently.

We are 48 hours away from Catalina now and everyone is excited. Tonight is the second night of the Sinbad Games and the events look even more challenging.