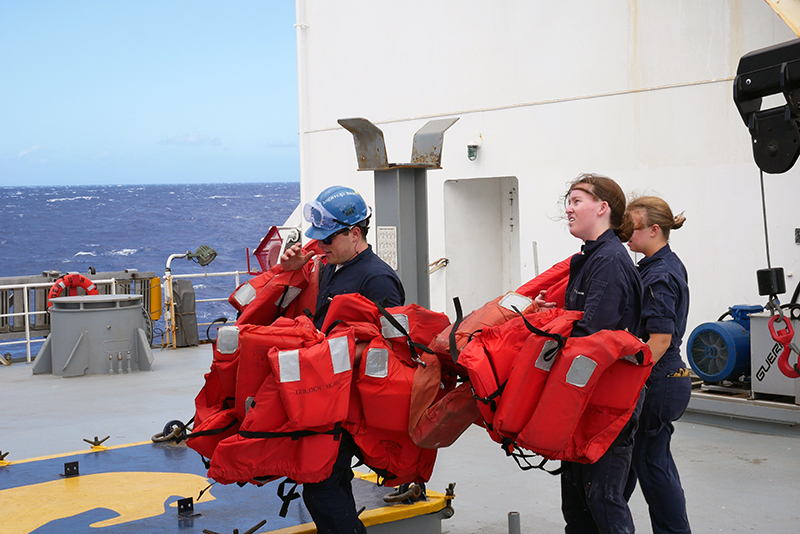 This morning we left the beautiful island Kauai and made way towards The Big Island again. We plan to sail around The Big Island and near some of the smaller ones for a couple of days until we get into Honolulu. We are met with some rough seas today and it is a surprise for everyone.

Out on deck a few cadets were seen moving personal flotation devices (PFDs) to the quarterdeck. These PFDs were getting placed there for an upcoming swim call. Other cadets were fueling the two fast rescue boats (FRBs). These were fueled are readied for the upcoming swim call. The FRBs will be in the water ready to pick up cadets if they struggle or get too far from the ship. 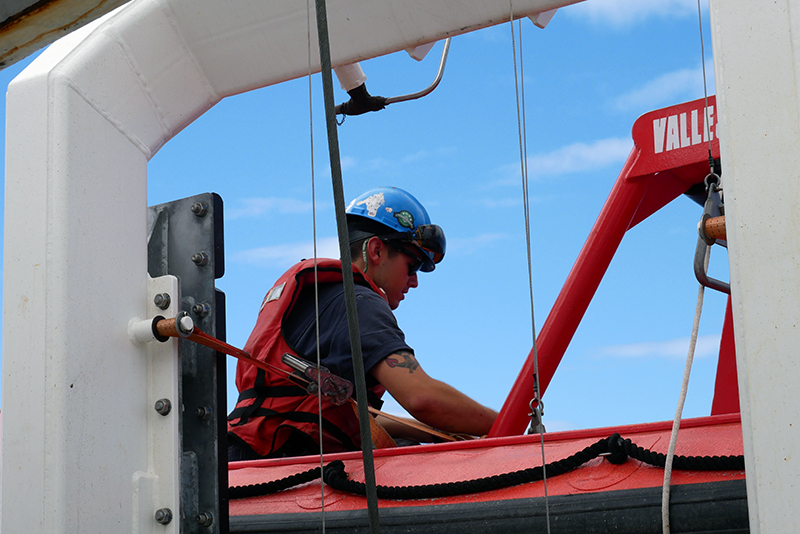 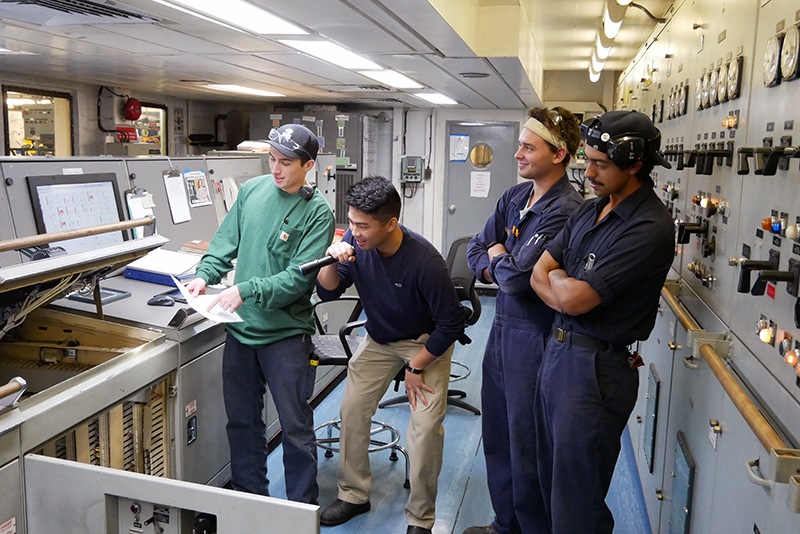 The engine room was very busy yesterday. In the EOS the center control console was taken apart and being worked on. There are a lot of wires and it looked to be very complicated with all the connections. Some deck cadets were down in the engine room as well… weird I know. They were down there to learn about the ballasting system on the ship. In this area they learned about how the ship takes on ballast, treats it, and discharges it. When discharging ballast, they must keep in mind the possible risks of aquatic invasive species, so the water is treated to kill off any of these possible risks.

As the night comes to an end we are met with high winds and heavy seas. Some waves broke over the side and covered the deck with water. Even though we are met with these strong seas we are all excited to be in  Honolulu for a few days.