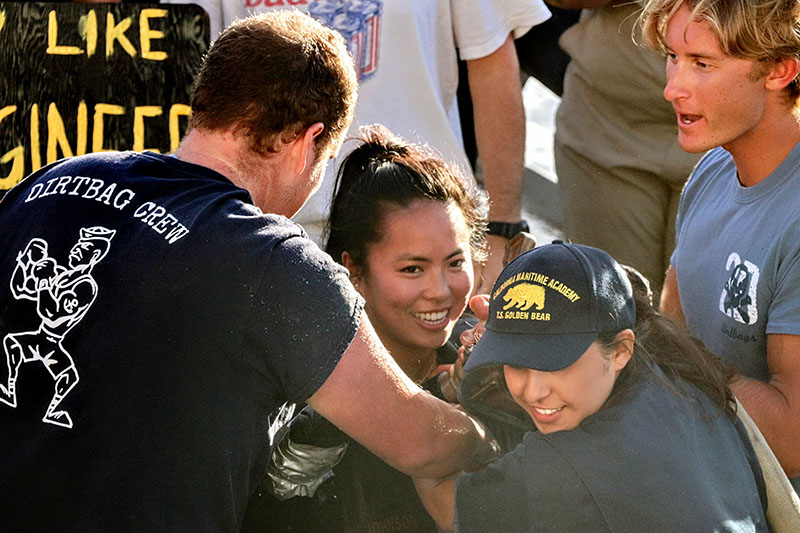 Last night was our first night of the Sinbad Games. There was a lot going on and one of the most popular events was line heaving. Deck and Engine were against each other to see who will be the champions. So far Division 2E is in the lead with 7 points. 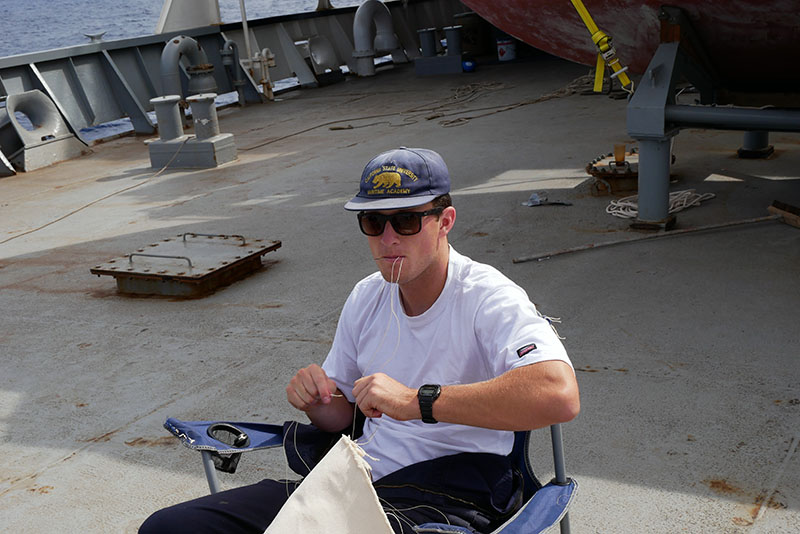 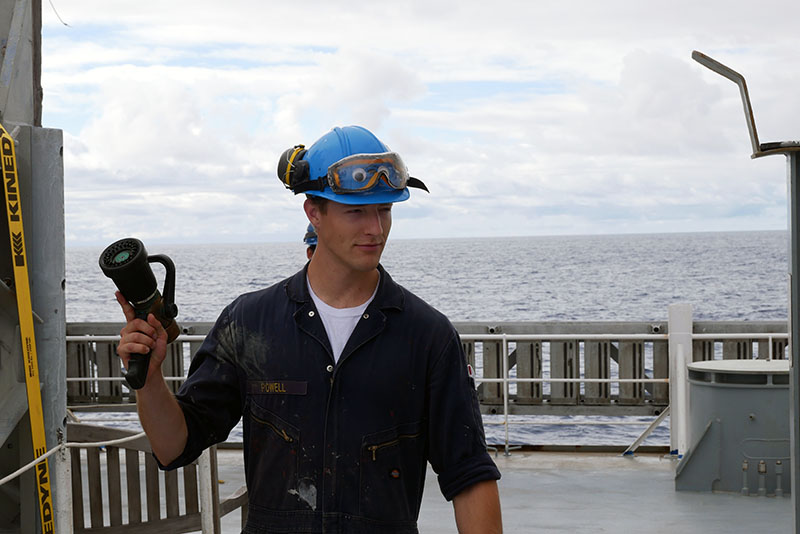 Today there was a lot of preparation for the second day of the Sinbad Games. Some cadets were busy making signs while others were preparing the events. One of the events some engineers were setting up was the “Plumbers Nightmare” where there is a lot of pipes going in different directions. The goal is to stop all of the leaks in the fastest time.

On deck there is the continuous job of painting, this is one job that is never truly complete. The typical painting crew will paint a small section of the deck and take their time to ensure everything has a coat of new paint. Even though the process is time consuming it is important to cover everything to ensure there is no new formations of rust. 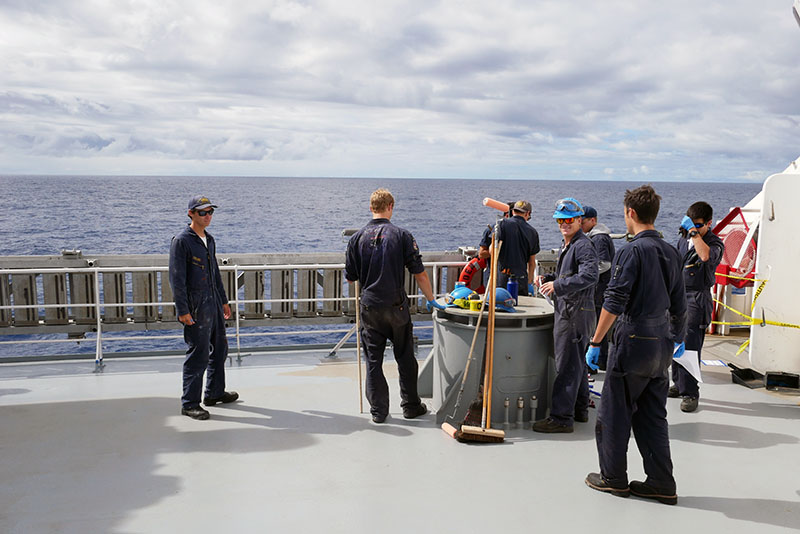 Deck cadets getting ready to paint 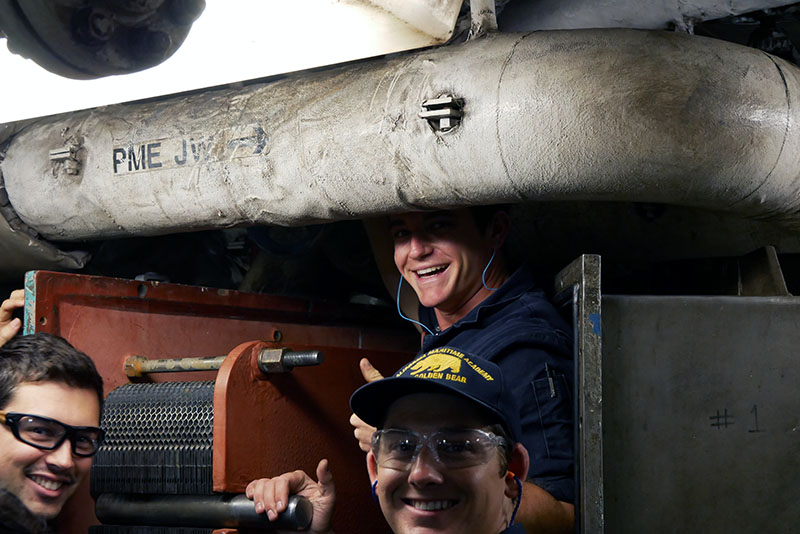 Cadets in the freshwater distiller

In the engine room the cadets were doing some repairs on the freshwater distiller. They had taken off the cover that weighs close to 1,000lbs and took and cleaned the plates on the inside. Once cleaned off they were replaced and re-bolted into place. This is a time consuming process, luckily for them they were under a vent that was blowing cool air on them. Other engineers were in the EOS preparing to light off one of the generators on the ship. The low rumble it has when it was light off was impressive, you could feel it and hear it through the ear protection and the roar of the engine. 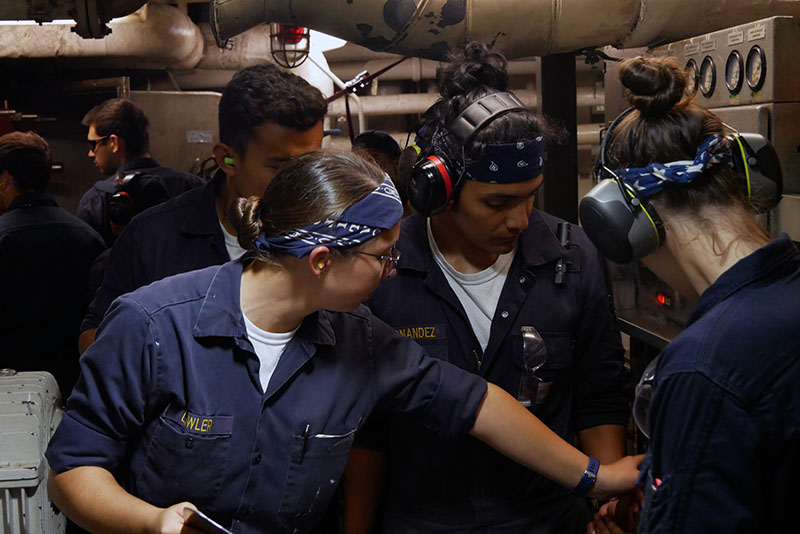 Cadet Lawler showing cadets how to start the generator.

Last night we were met with calm seas after a rain. The night was very peaceful and it is amazing to hear the difference when the ship is gliding through the glassy water compared to fighting the waves.