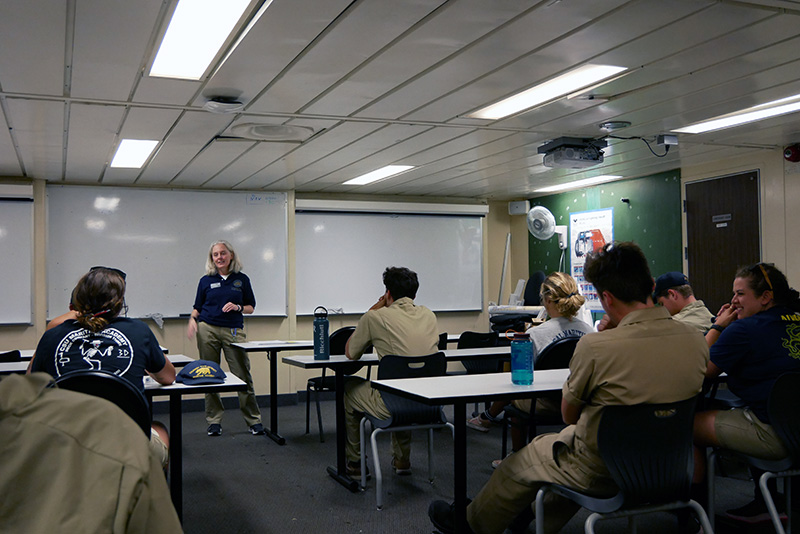 We are about 1000 nautical miles from our destination today and as we get closer we can feel the temperature starting to rise. Inside the ship we have transitioned to our tropical uniforms. A lot of the cadets are thankful for this, especially since it is starting to get more humid out on the decks. Unfortunately for the engineers they have to continue to wear their coveralls and boilers. Luckily for them they have some spaces that are climate controlled and when they have the chance they take a moment to cool down. 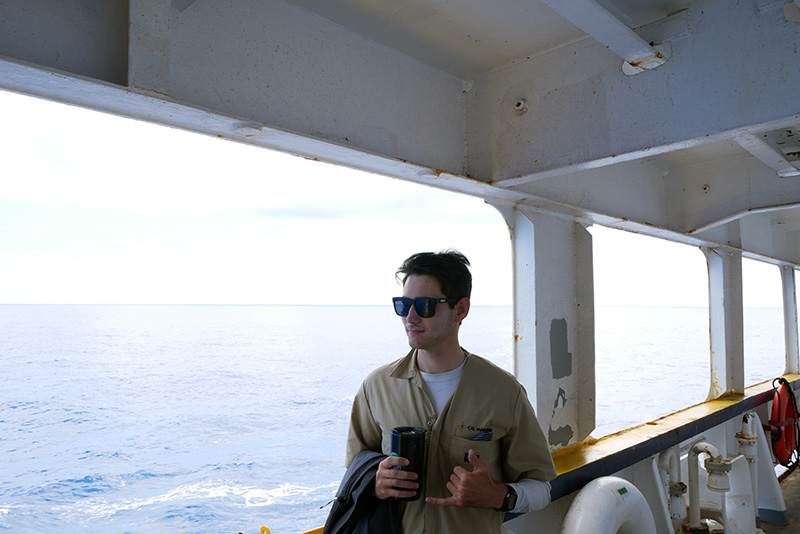 In other news we would like recognize the actions of one of the cadets on board, Aiden Mobley, who saved one of his shipmates from choking. He noticed that his shipmate was having trouble breathing and was attempting to cough something up. Thinking quickly, Cadet Mobley performed the Heimlich Maneuver on his shipmate, freeing the lodged object and opening his airway.

After lunch classes throughout the ship went on as usual. Some engineers were in the Power Lab learning about steam power and how it can be used on ships. Meanwhile some deckies were in one of the many classrooms discussing stress management while at sea. Out on deck there was a lot going on as well. Some cadets were fishing in their off time,  while others were enjoying the sun. 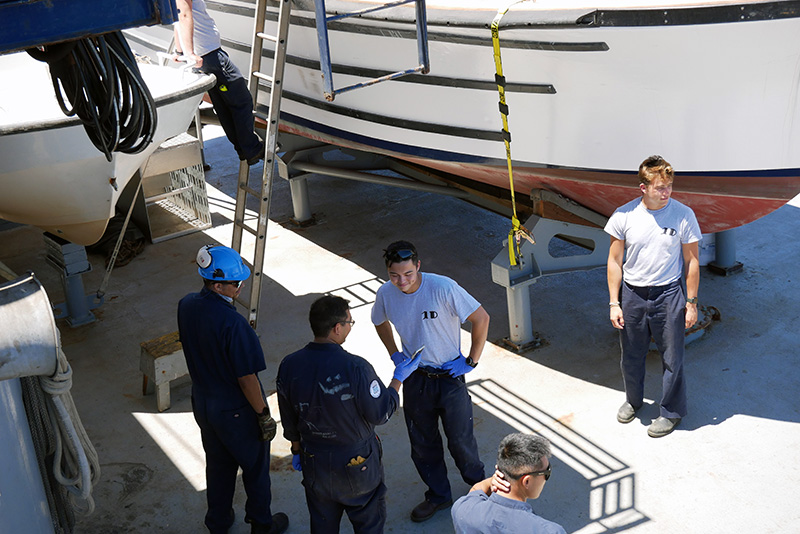 Deck cadets near the Number 9 boat. 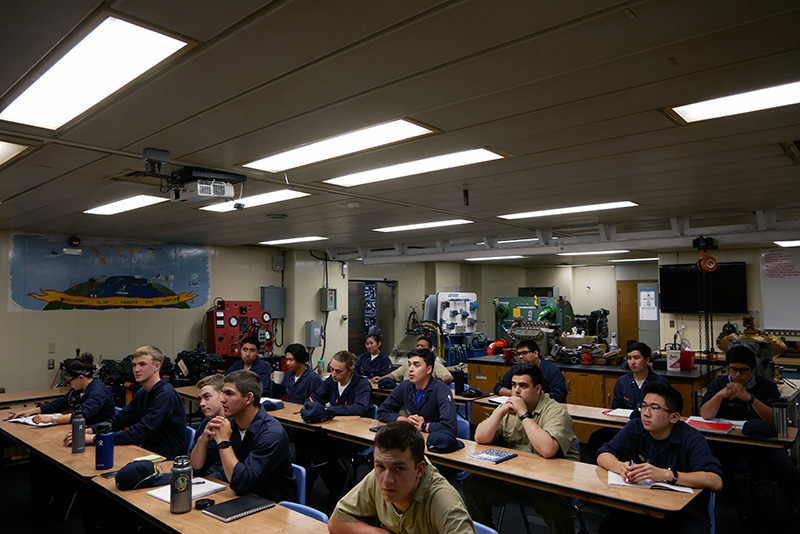 Engine cadets in the Power Lab.

As our slow steam west comes to its halfway point everyone is getting settled in their routines on the ship. We are still waiting if we can get off in Hawaii, we should know more within the following week. The seas are smooth and we are lucky to have an adventure with our friends and shipmates.