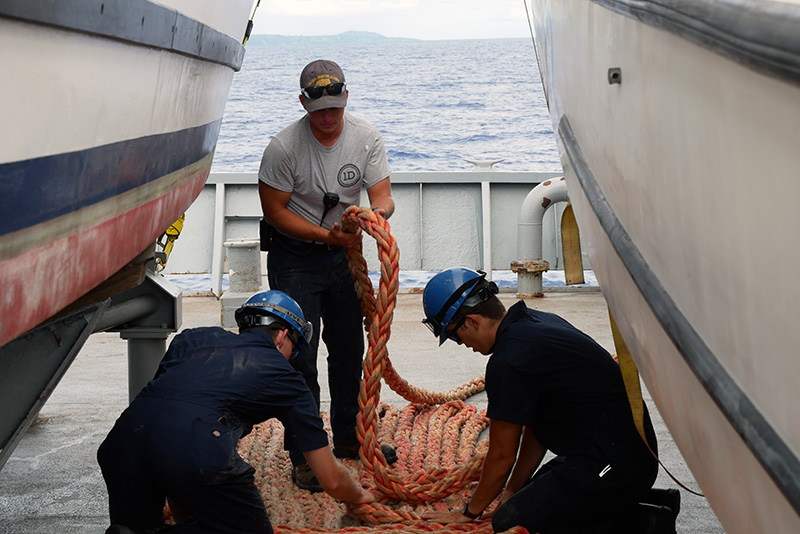 Today we are sailing around Kauai, and waking up to the view of the island so close was amazing. The fog and clouds were almost rolling off the mountains in the distance. The clouds overhead brought a light drizzle. Even though it was humid the air was cool.

This morning deck cadets were very busy preparing for our arrival in Honolulu, many of them were taking mooring lines out of the line locker and laying them out. It is a lot of hard work to lay these lines out since they are heavy and it takes multiple trips to pull them out. Most of the cadets at the end were sweaty and tired. They then moved to the bow to continue the process. Once those lines were out the ship would be ready for our arrival in Honolulu.

Other deck cadets were busy cleaning out the Quarter Deck and preparing it for our arrival. This meant getting the signage out that needs to be posted. One of these important signs is the MARSEC Level posting. This shows the security level on the ship and in the port. Some of the other signage that was prepared was the gangway banner up as well. 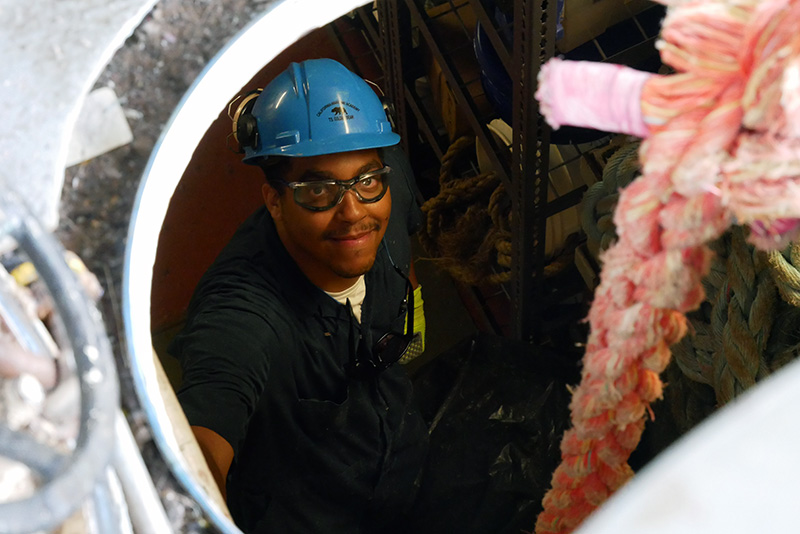 Cadet Harris in the line locker. 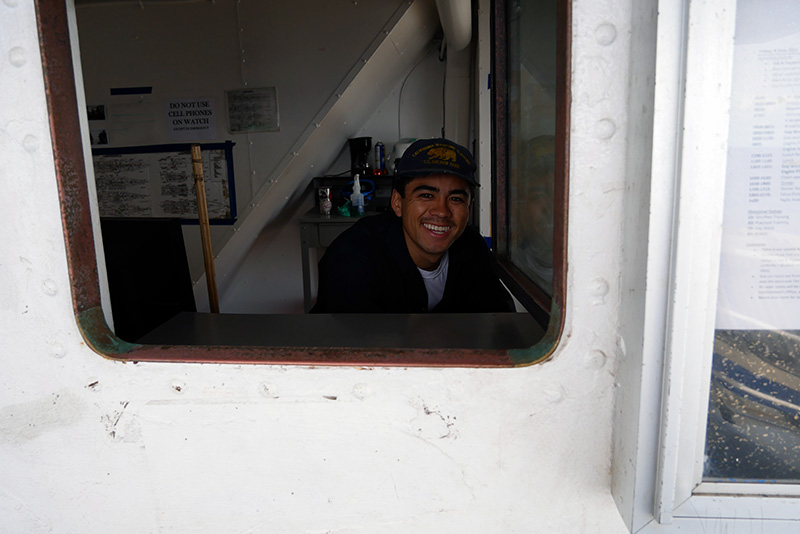 This afternoon we had a man overboard drill (MOB) and there was a lot going on during the drill. When there is a person in the water it is imperative for people to man the rails and act as lookouts. These lookouts will keep an eye on the person and if possible throw life rings to them, improving their chances of survival. At the same time the fast rescue boat is lowered and is set out to recover the dummy. Once recovered the boat came back and the drill was complete. 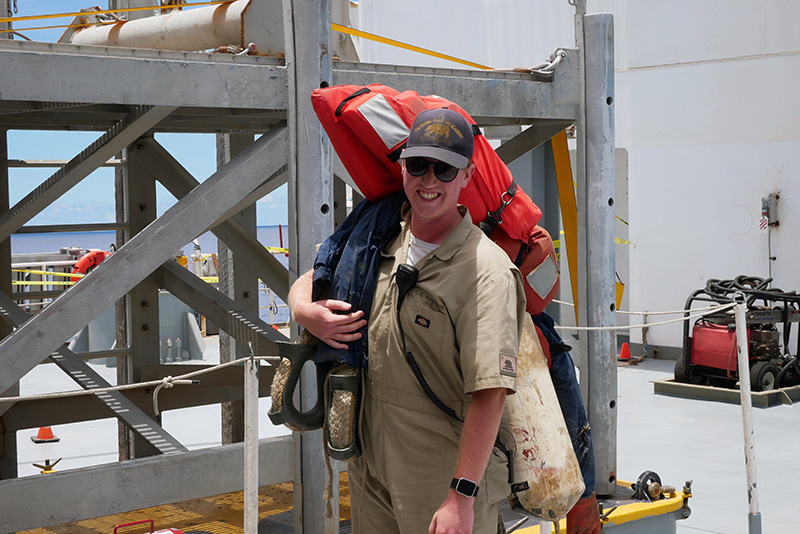 Cadet CM with the dummy Oscar. 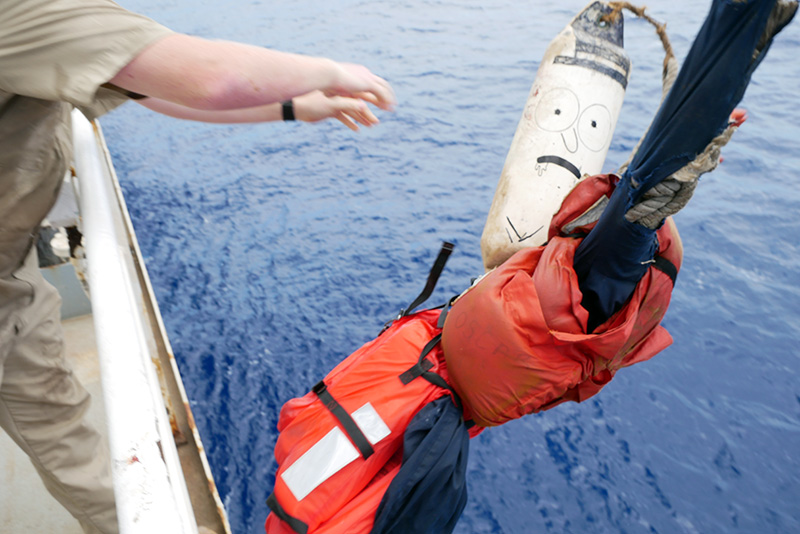 Everyone is excited for tomorrow, when we will be in port after nearly a month at sea. I have a feeling that a lot of cadets will be have some great stories to tell when they get back.  We are hoping everyone stays safe and has fun. A post will come after liberty!