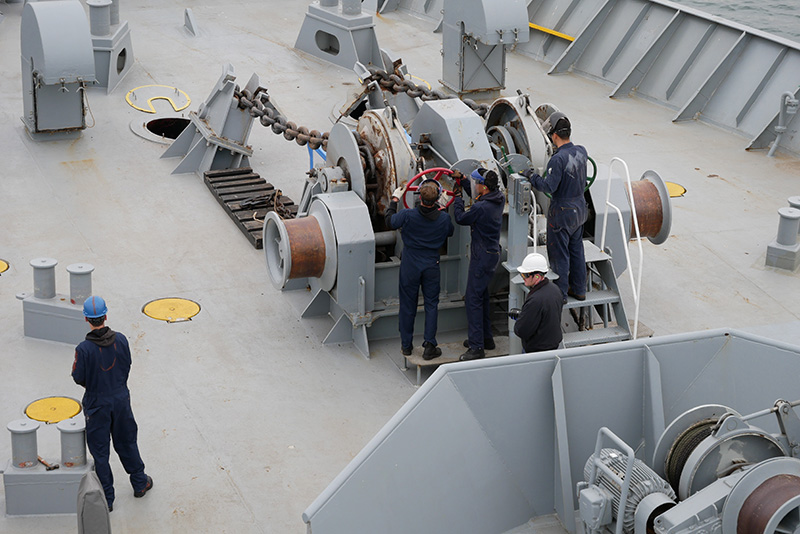 For the most part the cadets have all gotten their sea legs, our 250 nm sail down to Long Beach was pretty smooth, except for the occasional roll. They have slowly gotten into their daily rhythm and routines as they have been under way for about 2 days now. 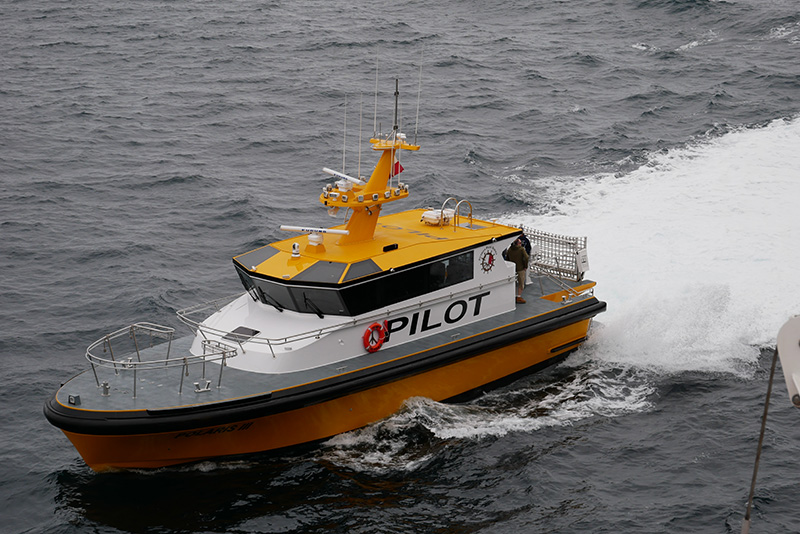 A lot has been happening since 0730 this morning, we took on a pilot to help aid us in the navigation through the anchorage. Once we got to where we needed to go we dropped anchor. The deck cadets were excited for this process since it is something that does not happen very often. At 0900 one off the ships’ fast rescue boats were launched for practice while we are anchored. At 0910 a crew with divers arrived to conduct some cleaning of the ships propellers.

Some of the highlights of today are when the Golden Bear drops her anchor, for many onboard this will be the first time they have ever seen the process in person. You could hear the noise of the anchor chain rumbling from the chain locker. The roar was so loud that people in the stern could hear it. It caused a lot of people on the ship to wonder what was happening. It took a few minutes for people realize that we had just laid anchor. 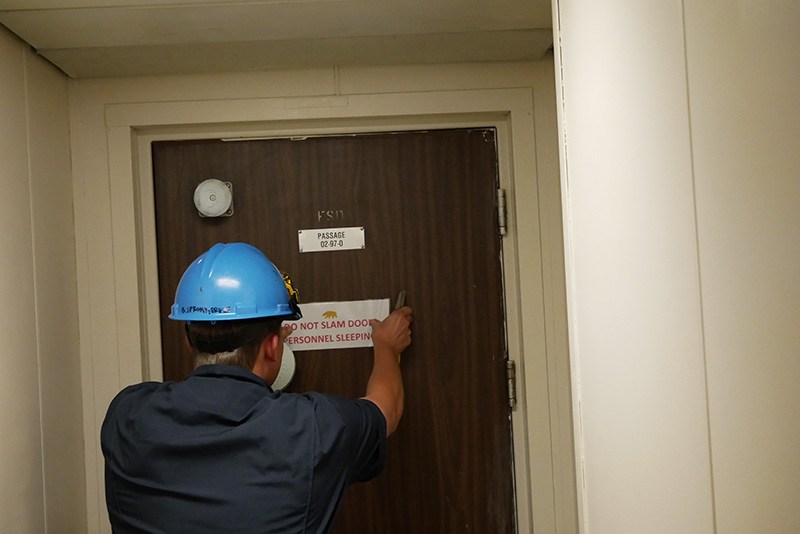 Once lunch was finished the cadets continued on their daily routines. One of these tasks was to place “Do Not Let Door Slam” signs around the ship where there are joiner doors in between compartments. Cadet Sprokkereef was the one placing these signs for his shipmates so they would not be disturbed from slamming doors.

Especially those who have come off an odd watch hour. Cadets were also in CRU 100 and 300 this afternoon on the bow. There they should be learning practical skill before they go out into the merchant fleet. Cadets Kopping and Gunter were found on the starboard side at lifeboat station 3, repainting the old muster signage. 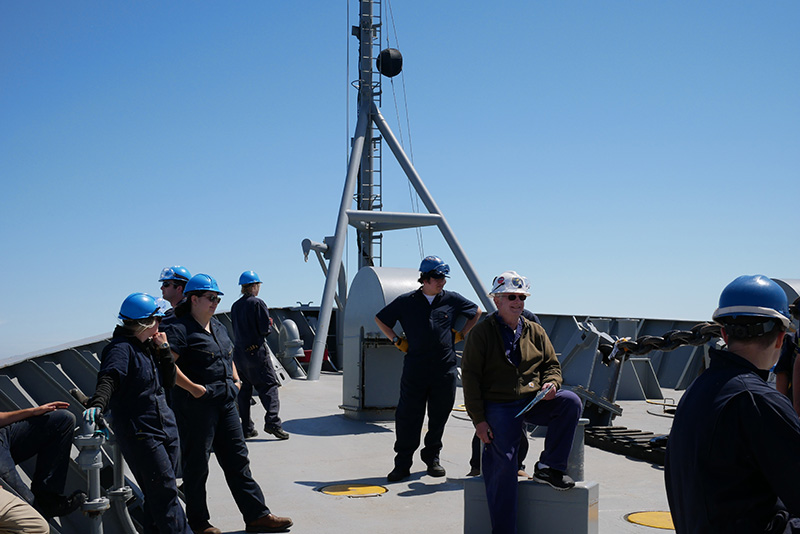 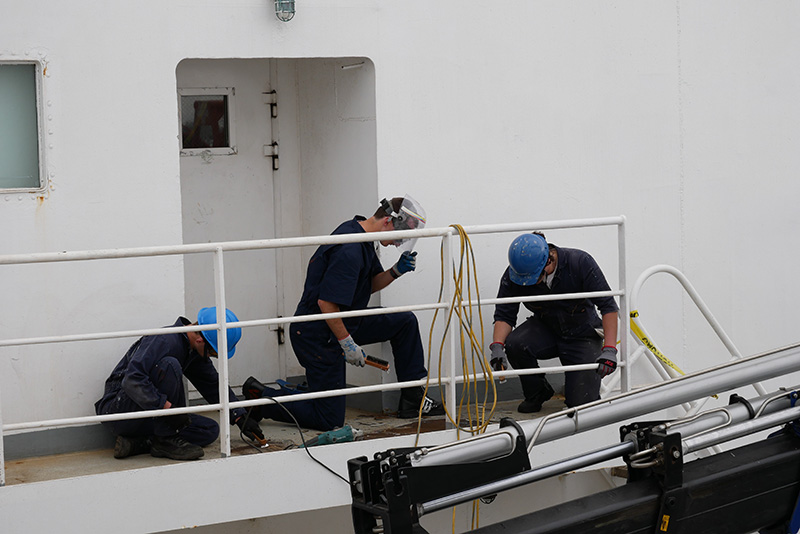 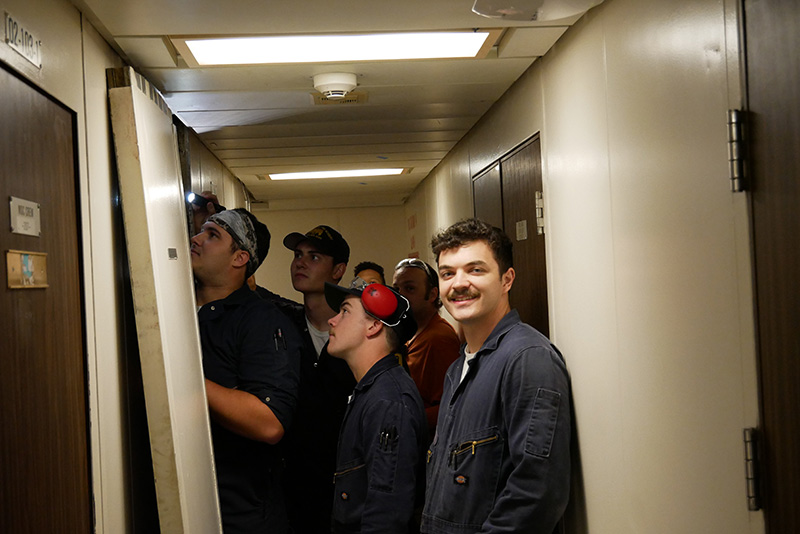 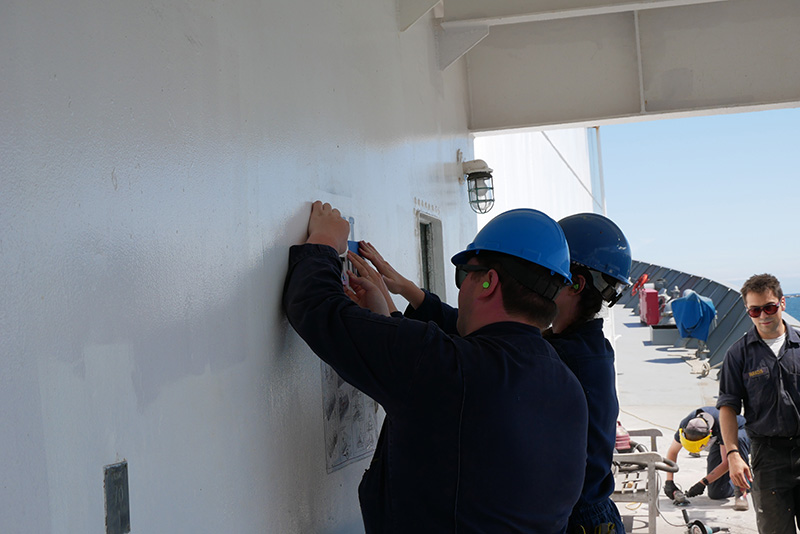 Everyone on the Bear is excited to continue on our journey tomorrow towards Hawaii. Keep following the voyage for more updates as we go.