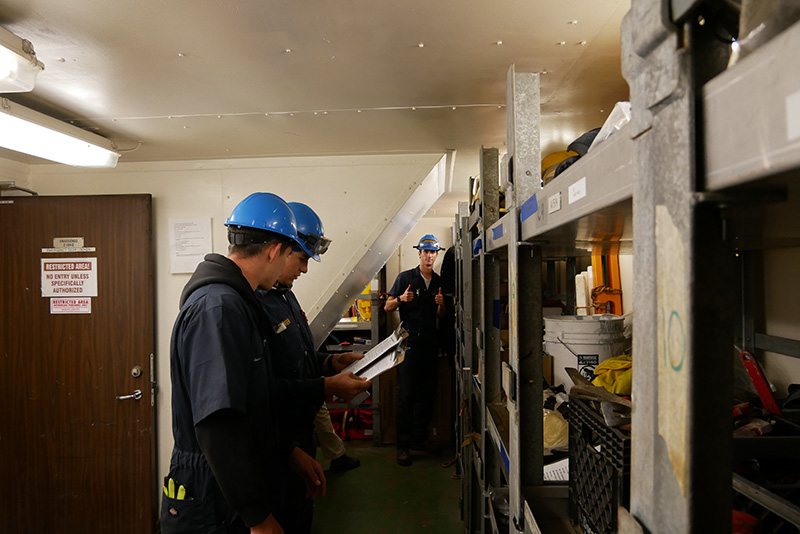 The ship was bustling with commotion this morning as we prepared to leave the Long Beach anchorage. Many of the deckies were seen out on deck chipping paint, grinding the deck, and clearing the lifeboats of standing water, and many other tasks. As seen in the photos, the deck cadets pumped some standing water out of the open lifeboats after last night/this morning’s light rain. Those cadets that were grinding and chipping away at the deck were placed throughout the ship. Many were working on the exposed walkways up towards aft house on the 03 level. 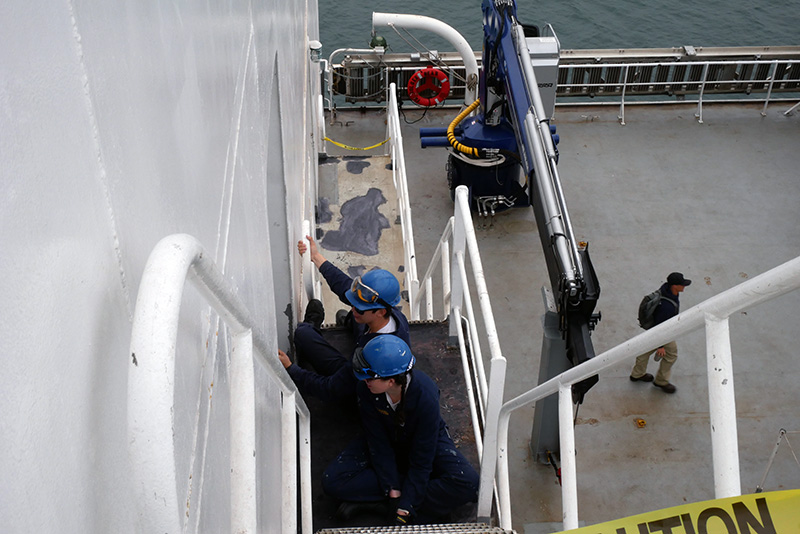 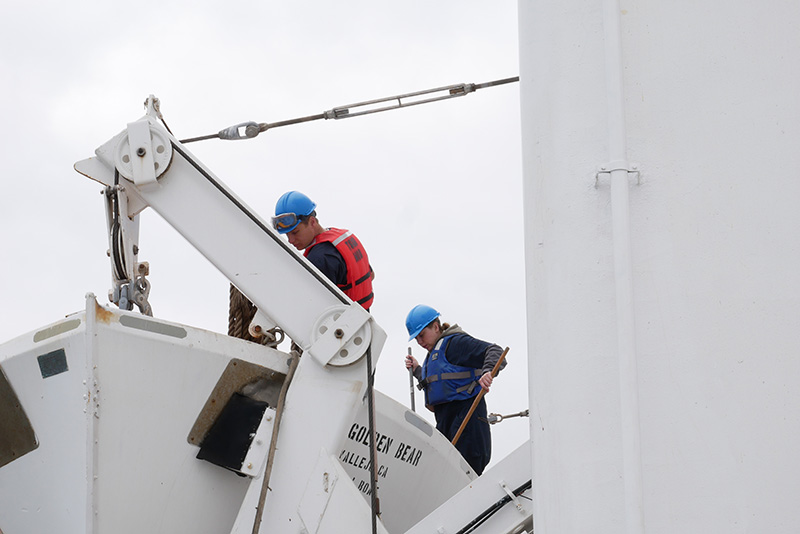 Cadets clearing water from the lifeboats 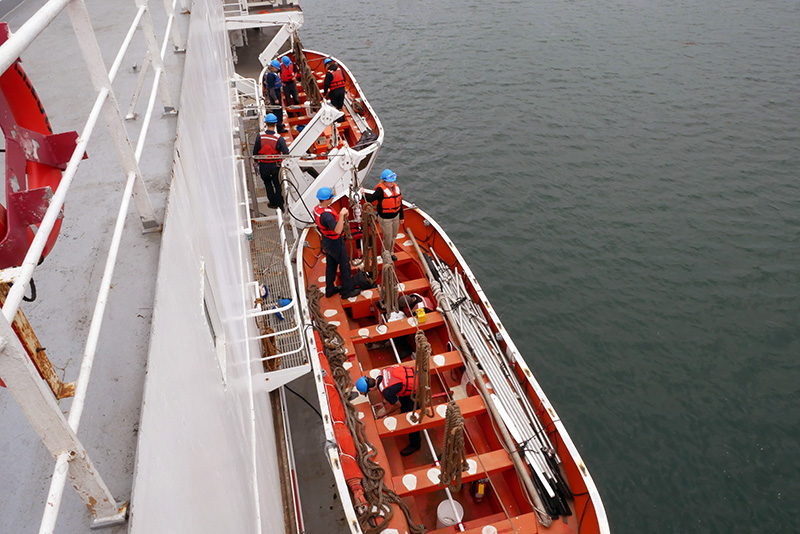 The cadets that were on the lifeboat cleaning detail also checked to make sure that all vital equipment was in date, and ready if needed. As seen in a few photos, some cadets went to the Emergency Gear Locker to find a replacement for an outdated fire extinguisher. 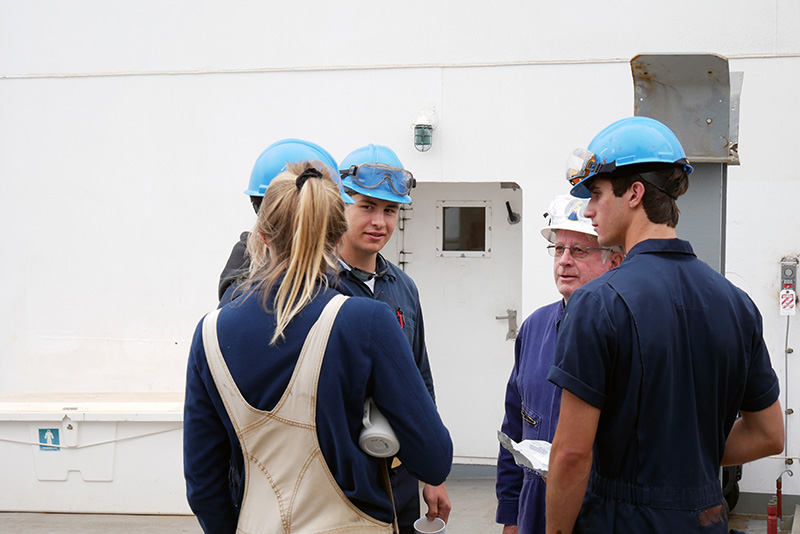 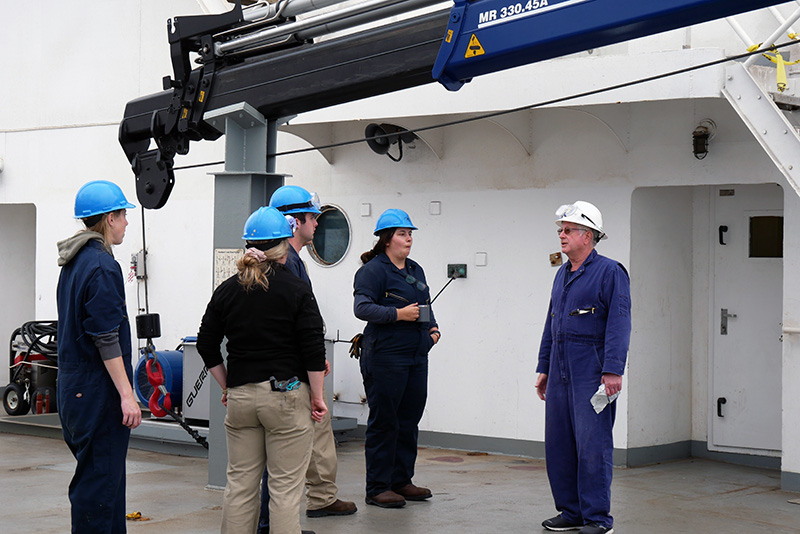 While other cadets were down in the classrooms doing their 3rd Class NAV classwork. It was Division 2D’s day for this. As seen with those in the class they are working very diligently to ensure that their work is done right. 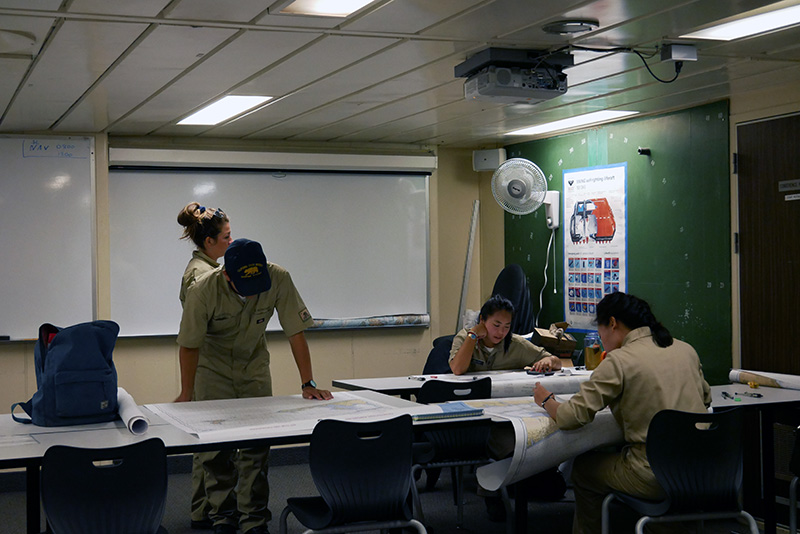 Some engineers were spotted on the fantail enjoying the cool breeze after today’s lunch. I have a feeling that is a welcome relief after spending hours in the hot engine room. 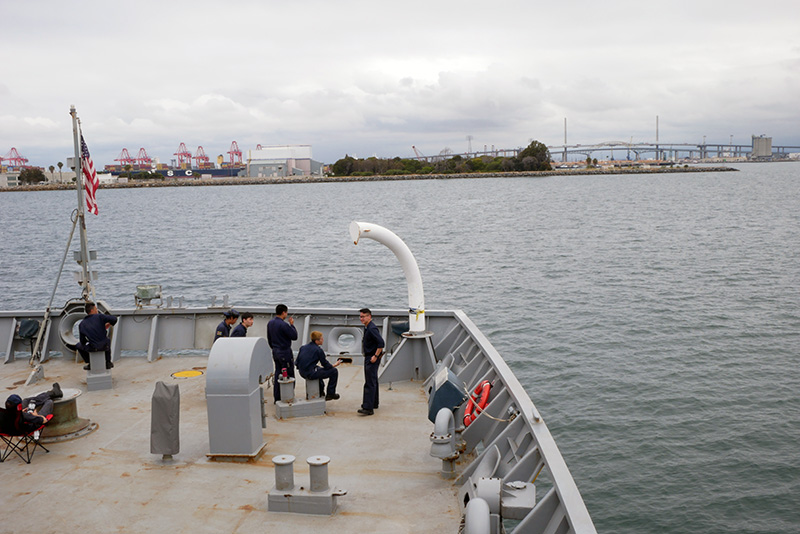 Many deck cadets were prepping paint or repainting labeling prior to our departure from Long Beach. There was a lot of paint mixing on the fantail near the paint locker. 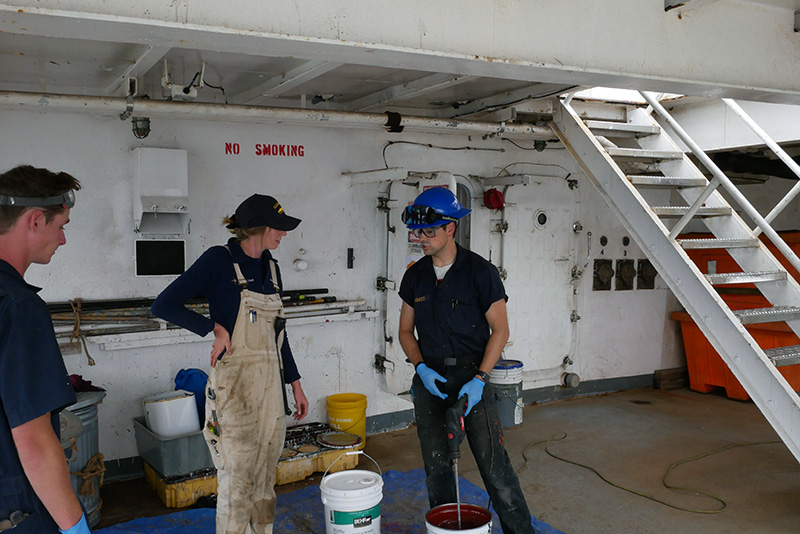 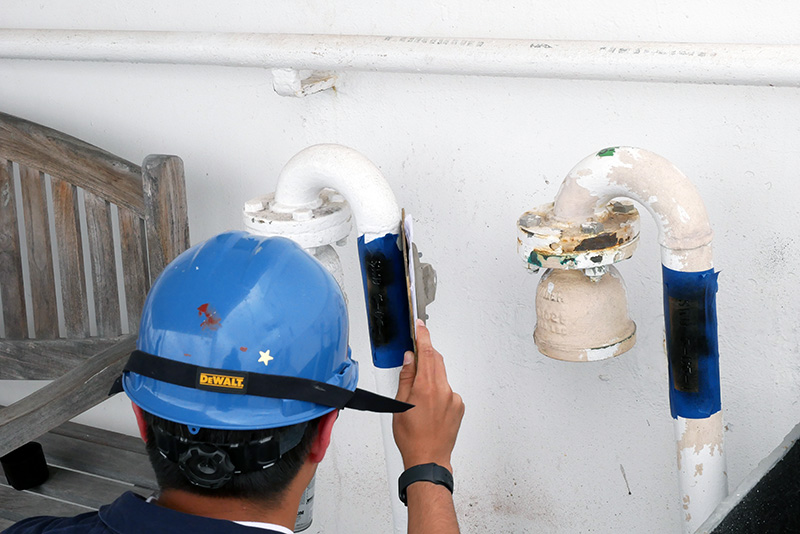 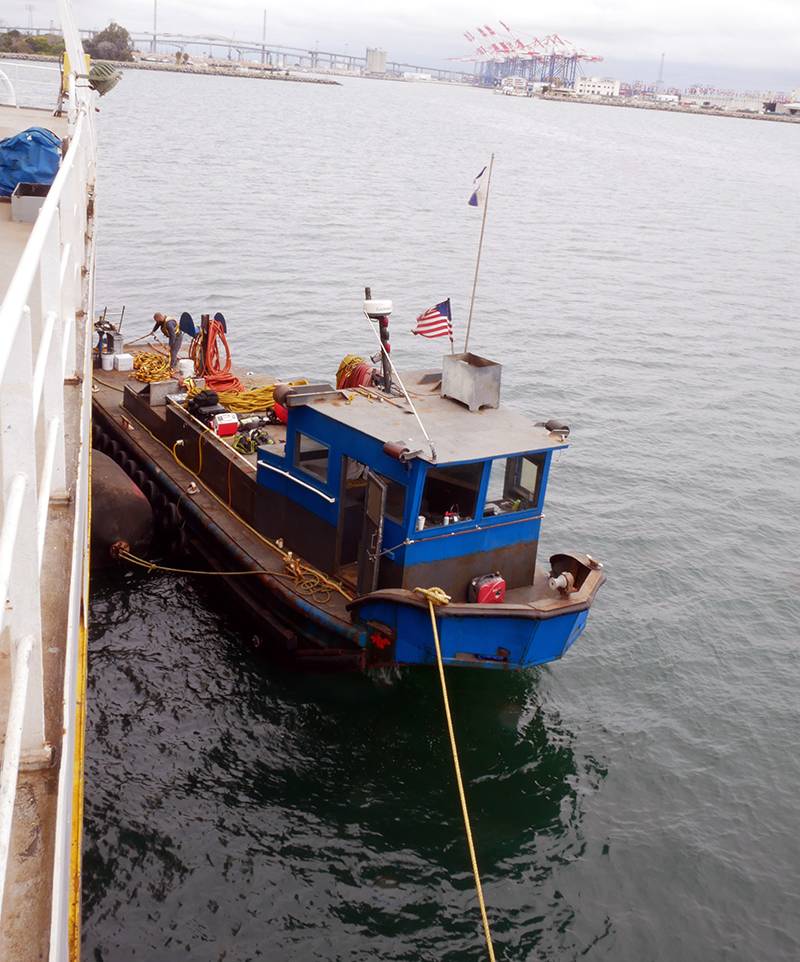 We took on the pilot around 1745 today and once they were on board we were ready to depart, the last thing we needed to do was to raise anchor. Once the anchors were raised, we began our departure from Long Beach and the first leg of our long journey was complete. The quick stop in Long Beach allowed us to enjoy some sun and views of cargo ships around the anchorage. At one point there were 25 ships within viewing distance. Everyone on ship is excited for our next destination.

We are off towards our next stop, Hawaii. We are hopeful that we will be able to step off in Hawaii, but are prepared if we can’t. Let’s hope the seas will be smooth as we cross the Pacific.