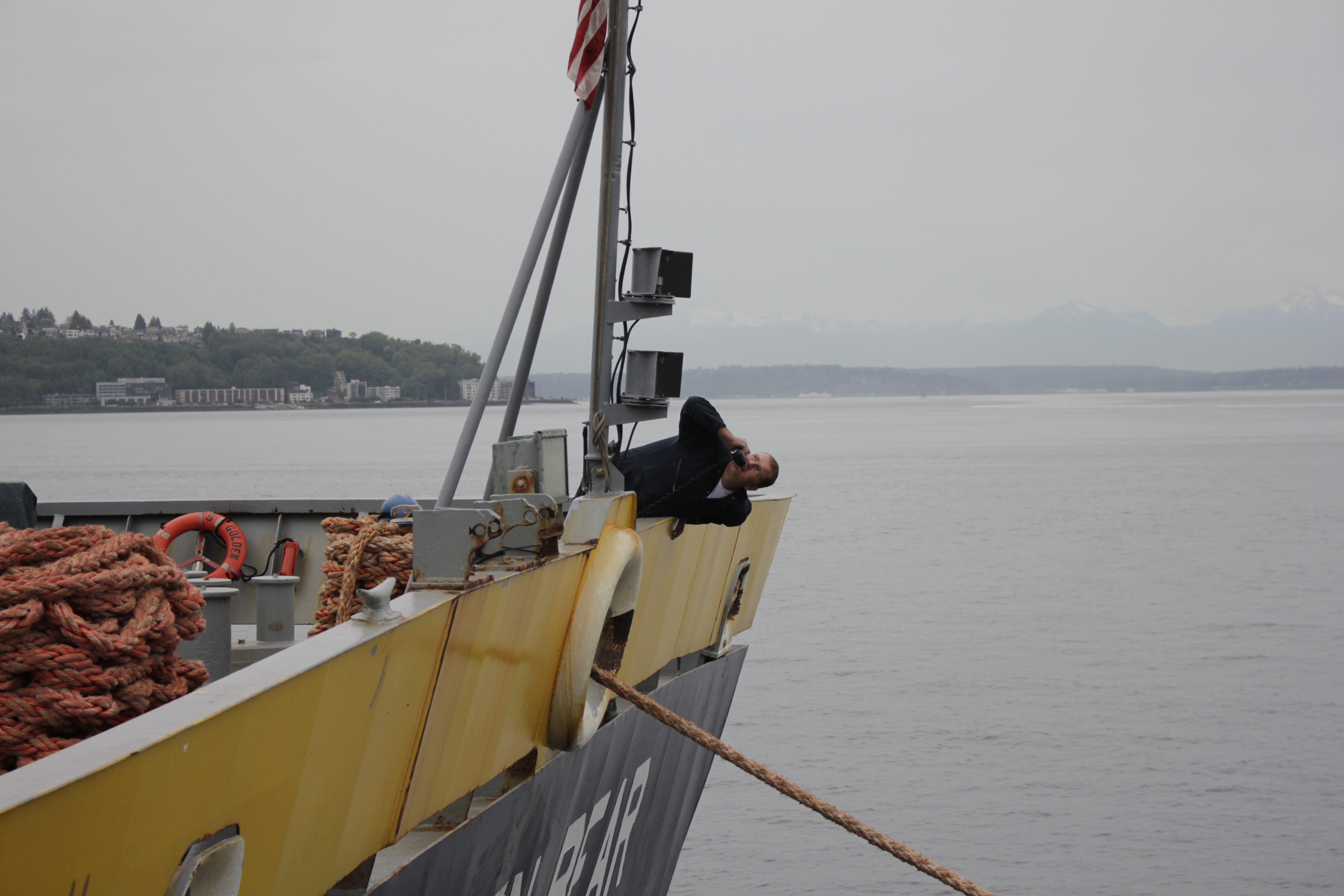 There were a couple of very important things that happened on the ship while we were in port. First, we went to a cruise port which was very close to Pike Place market. This was the perfect setting for the reception, but it was not the perfect place for the industrial side of operations.

We were all very grateful that the Puget Sound Alumni group offered to buy Seattle Mariners tickets for the first full day of liberty on the ship. The event was wonderful, and it was amazing to connect with more Cal Maritime graduates. The Oakland A’s beat the Seattle Mariners. 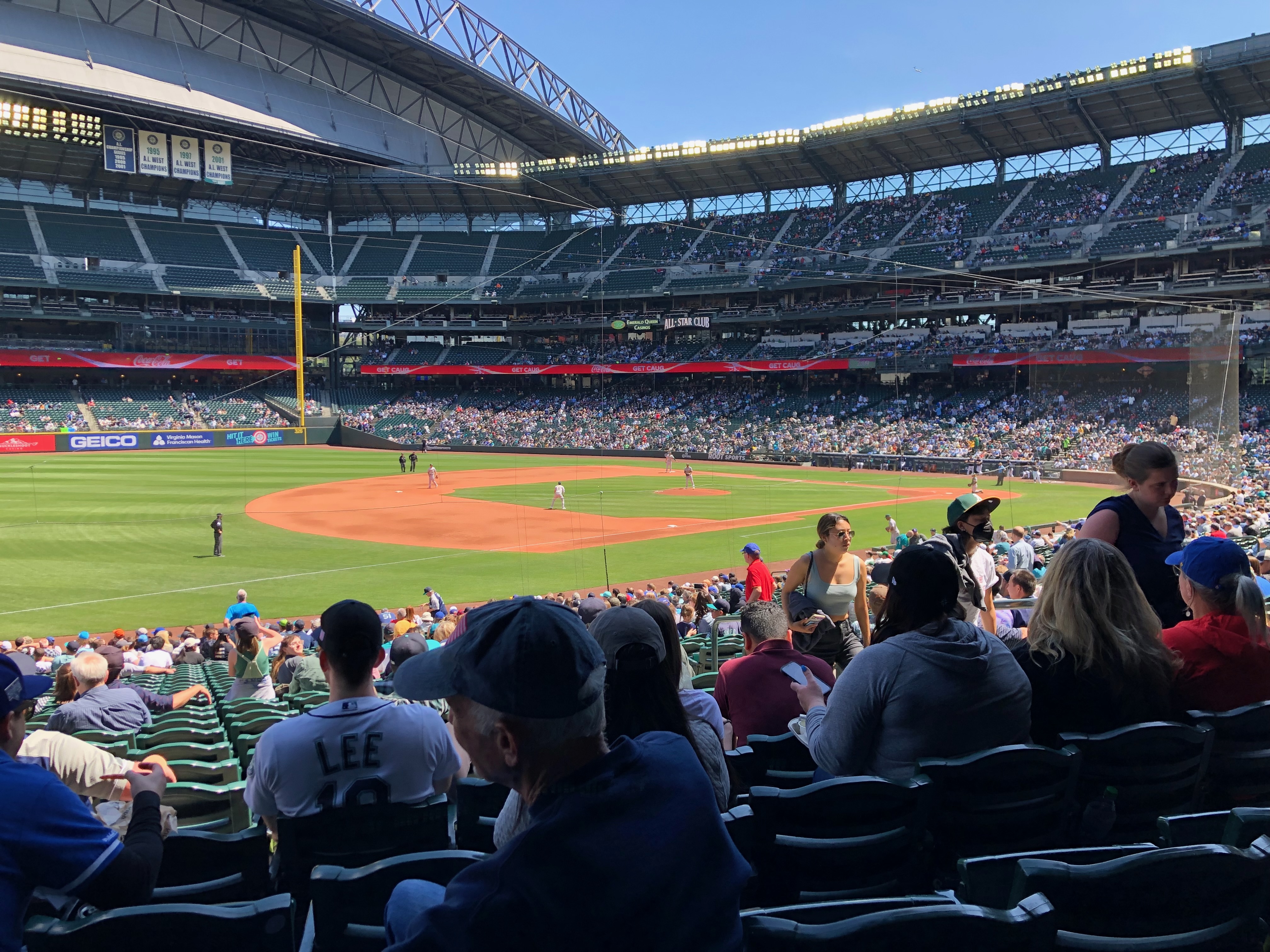 One of the first operations to take place was the renewal of the nonskid gangway treads. Over the years the gangway has seen a lot of feet, and it has not been properly maintained to ensure the safety of those who are traversing this accommodation ladder 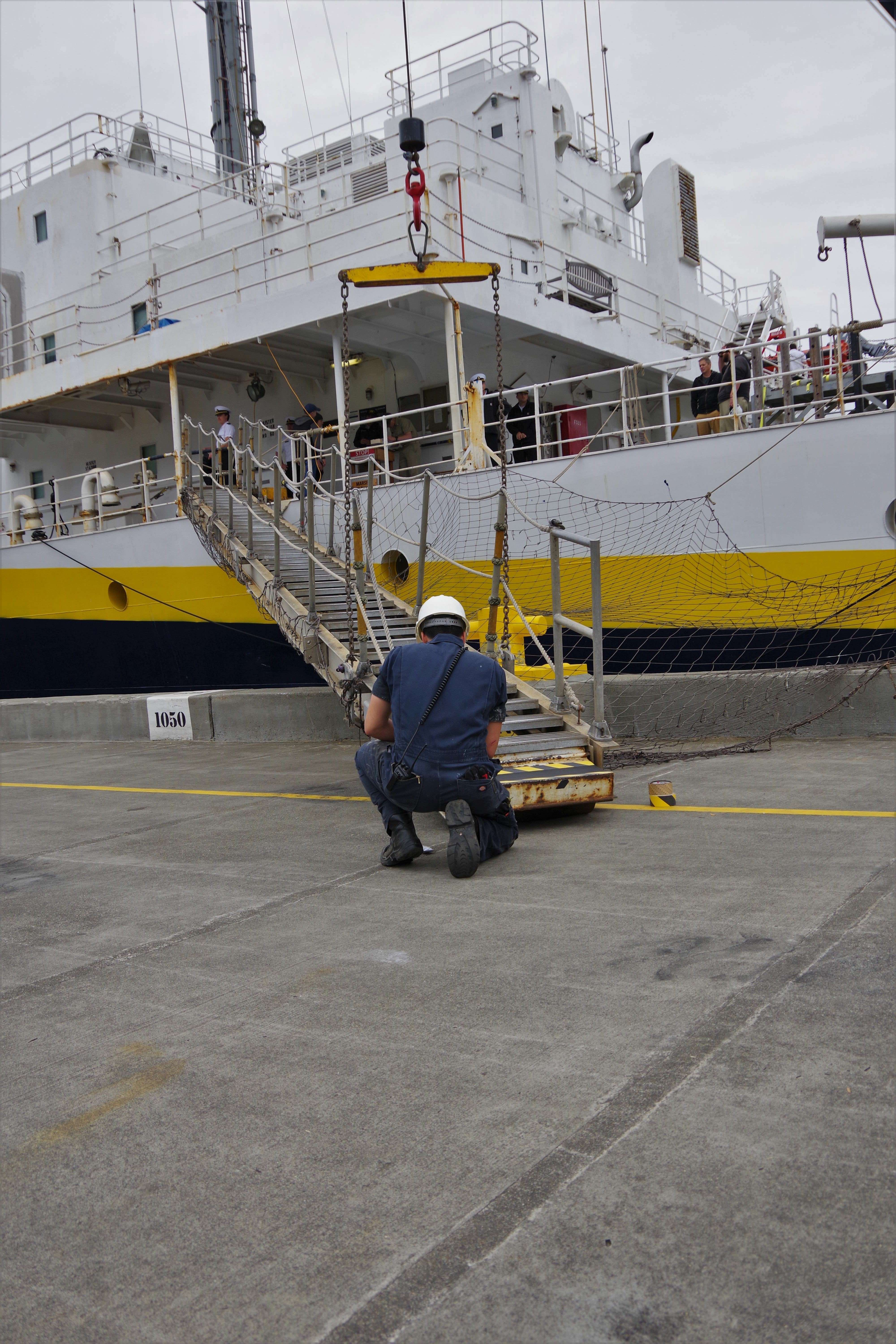 At midnight on the 26th, moving to morning of the 27th, the ship shifted from Pier 66 to Terminal 46 which was a working container berth. This movement was essential to be able to clean our propellor. Cleaning the propellor increases fuel efficiency and reduces slip. Slip is like moving through jello- the more slip you have, the less efficient a vessel is. 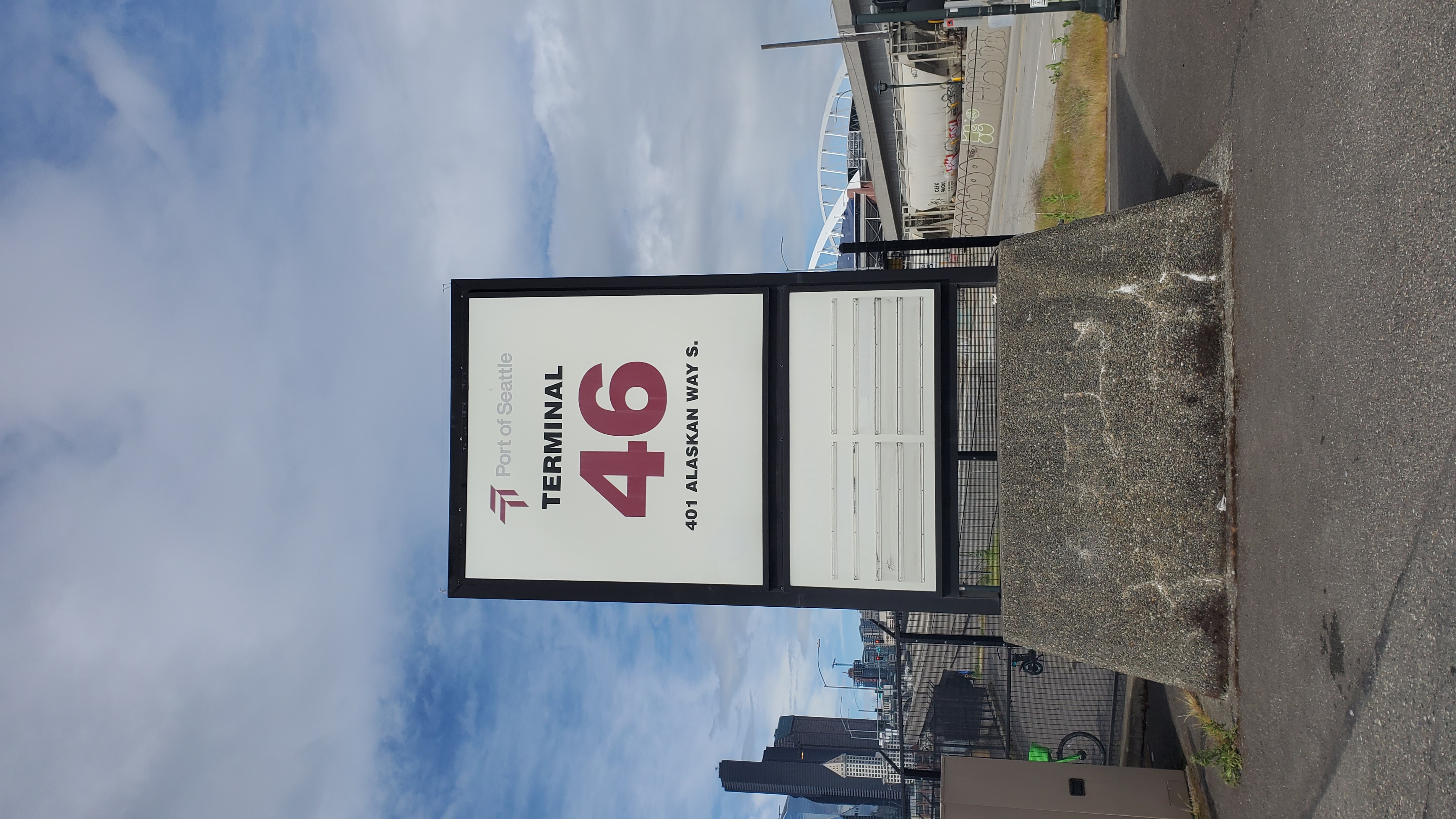 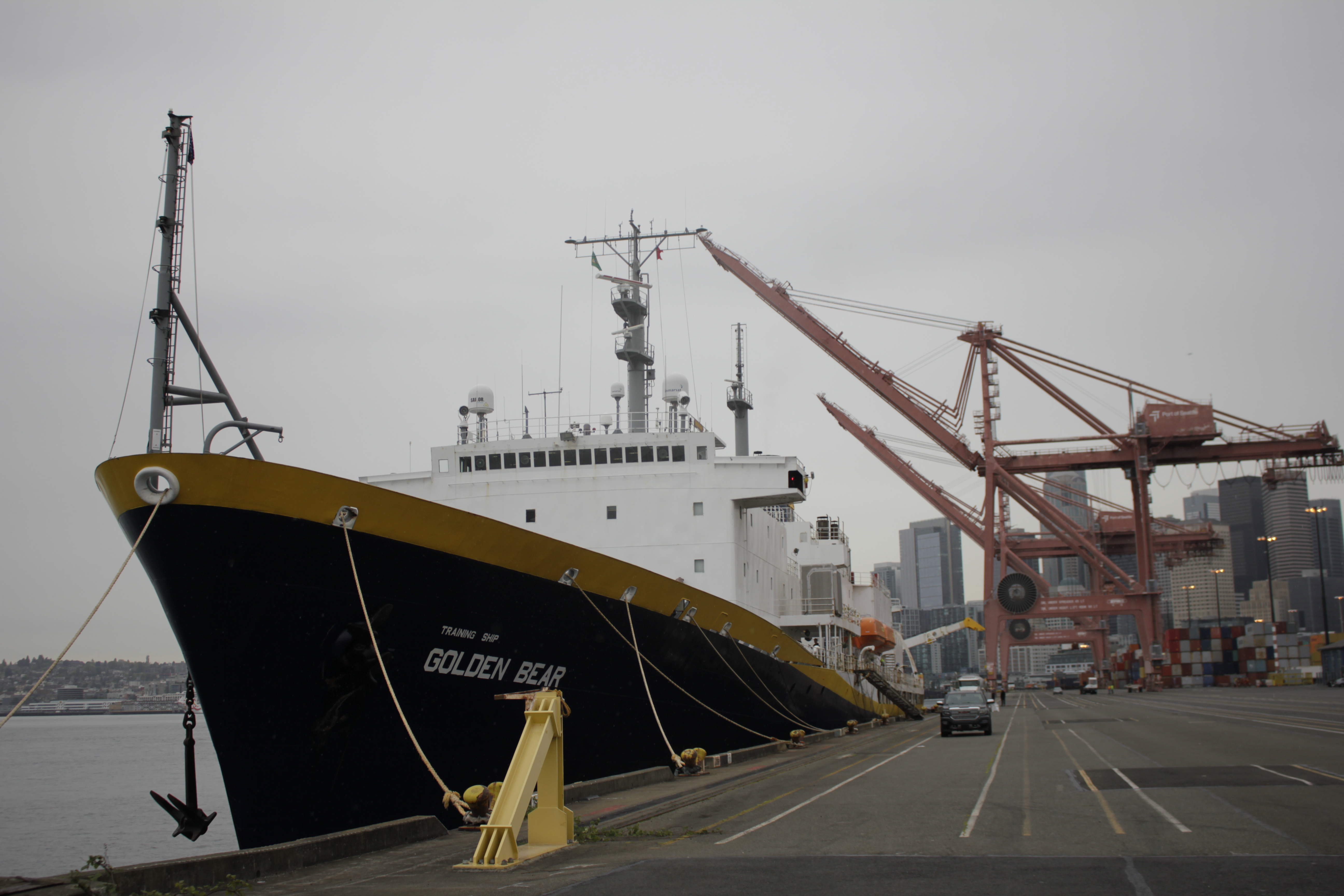 Another one of the absolutely essential operations executed in port was the offloading of garbage and operational waste. On the ship there is a Marine Sanitation device which is the system that turns human waste into effluent treated with enzymes and beneficial microorganisms to be pumped overboard outside of territorial waters without causing any pollution. There is also an incinerator on the ship that turns plastic waste into ash pucks which are more space efficient while the ship is underway, and then are collected for disposal. 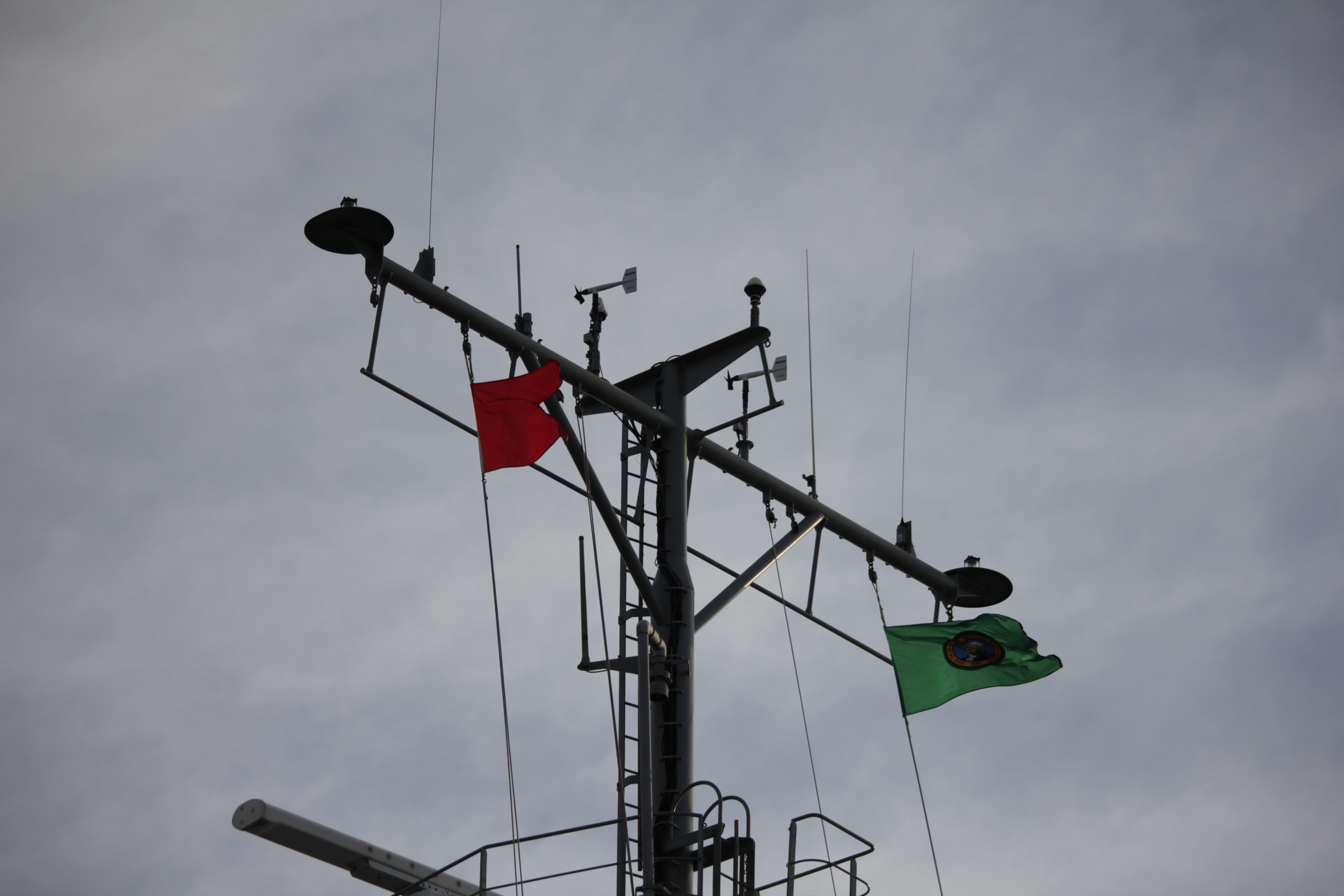 Washington flag and Bravo flag- the Bravo flag is required when taking on or discharging hazardous goods, in this case it was taking on oil and discharging slops - Photo credit- Daniel Golinski

We also took on 3400 gallons of main engine lube oil and 990 gallons reduction lube oil. The purpose of the lube oil is to provide a steady flow of clean lubricating oil at the correct viscosity to the engine. The lube oil separates solid surfaces with friction between them with a barrier of fluid. The main engine lube oil came on a truck which was hooked up on a hose- pump on truck and sent down to the tank. The reduction gear lube oil came on eighteen 55-gallon drums and a barrel pump was used to transfer it to the tank. 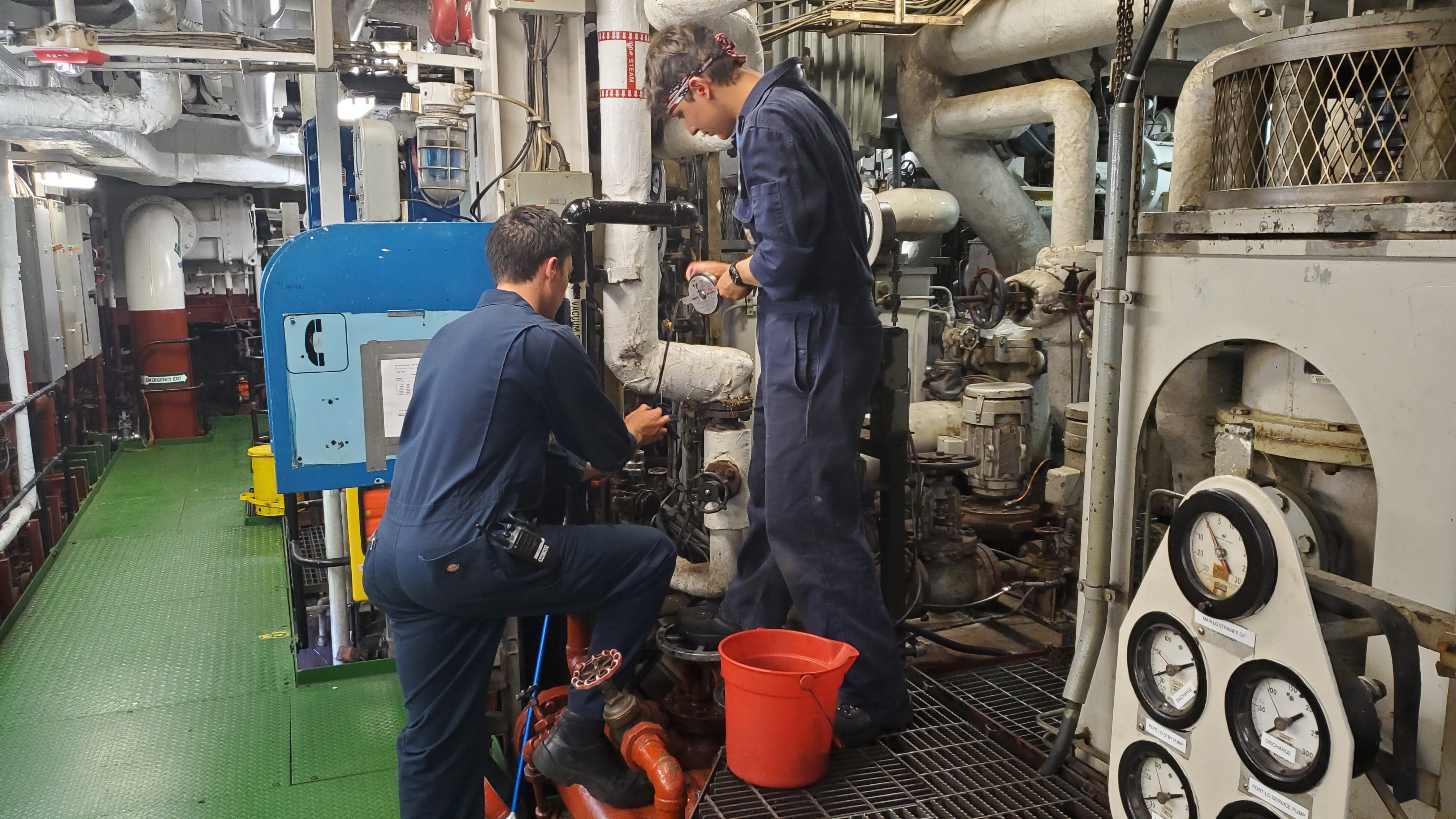 Finally, there were slops to discharge (oily bilge water, and residual sludge) which come from machinery space operations, and fuel purification process. We sailed from Seattle with clean bilges and holding tanks!