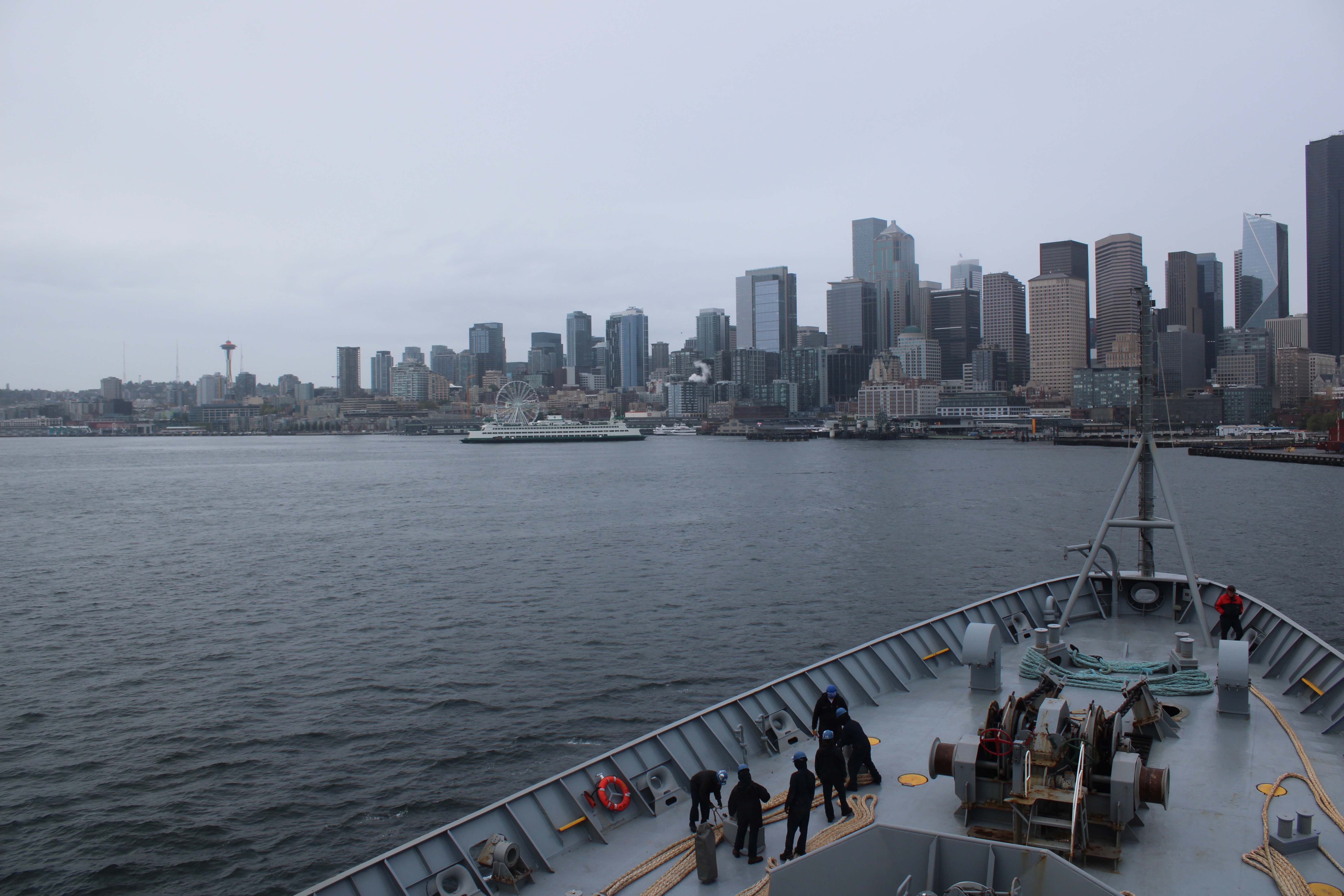 The day of the 28th, the ship began preparing for departure. This meant stripping the “save all” net and raising the gangway around 1800 as well as preparing the ship to make fast with the tugboats. After unlashing the net, the group of cadets gathered the net and folded it for easy deployment at the next port. 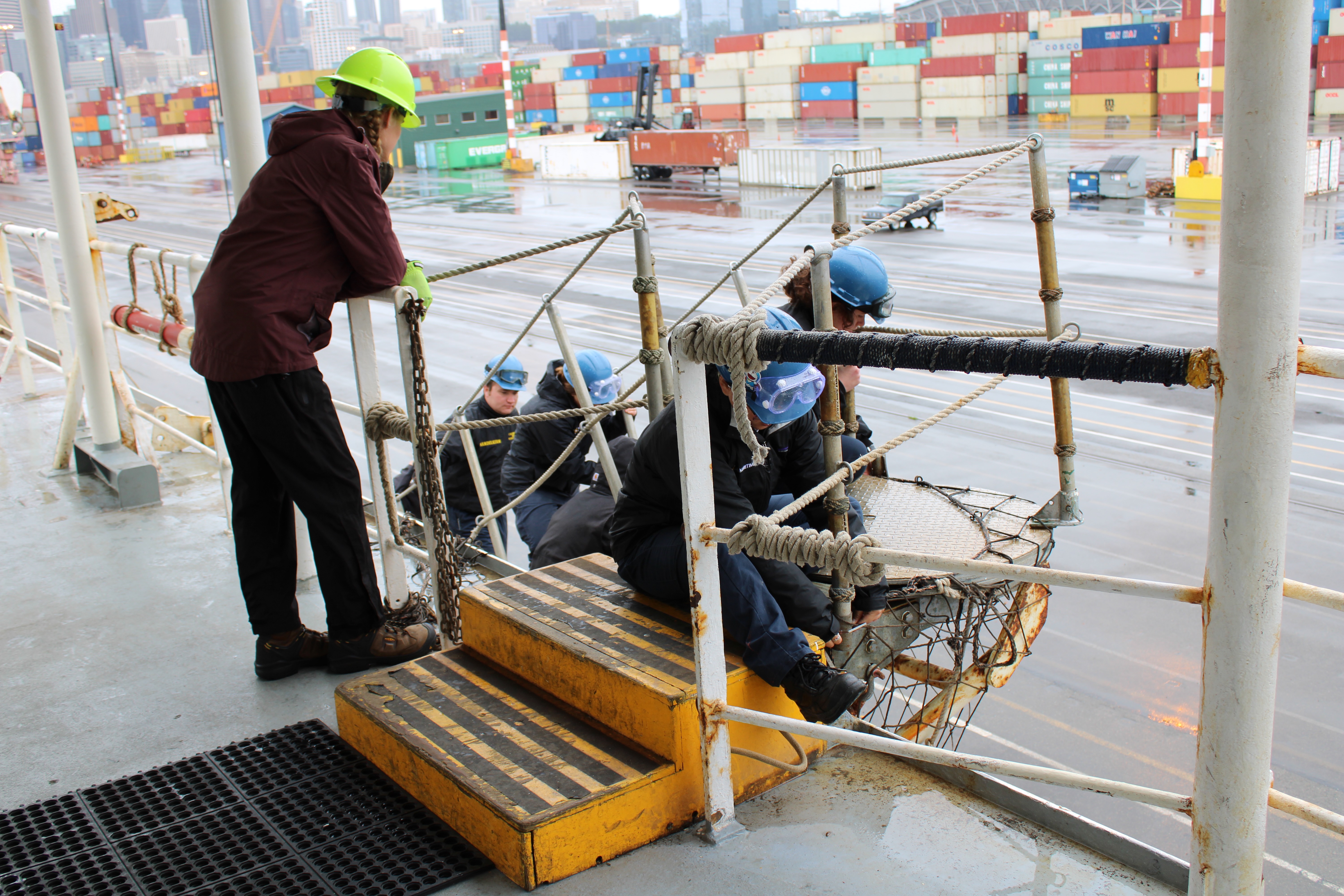 2nd Mate Compliance Officer observing as "save all" net is stripped 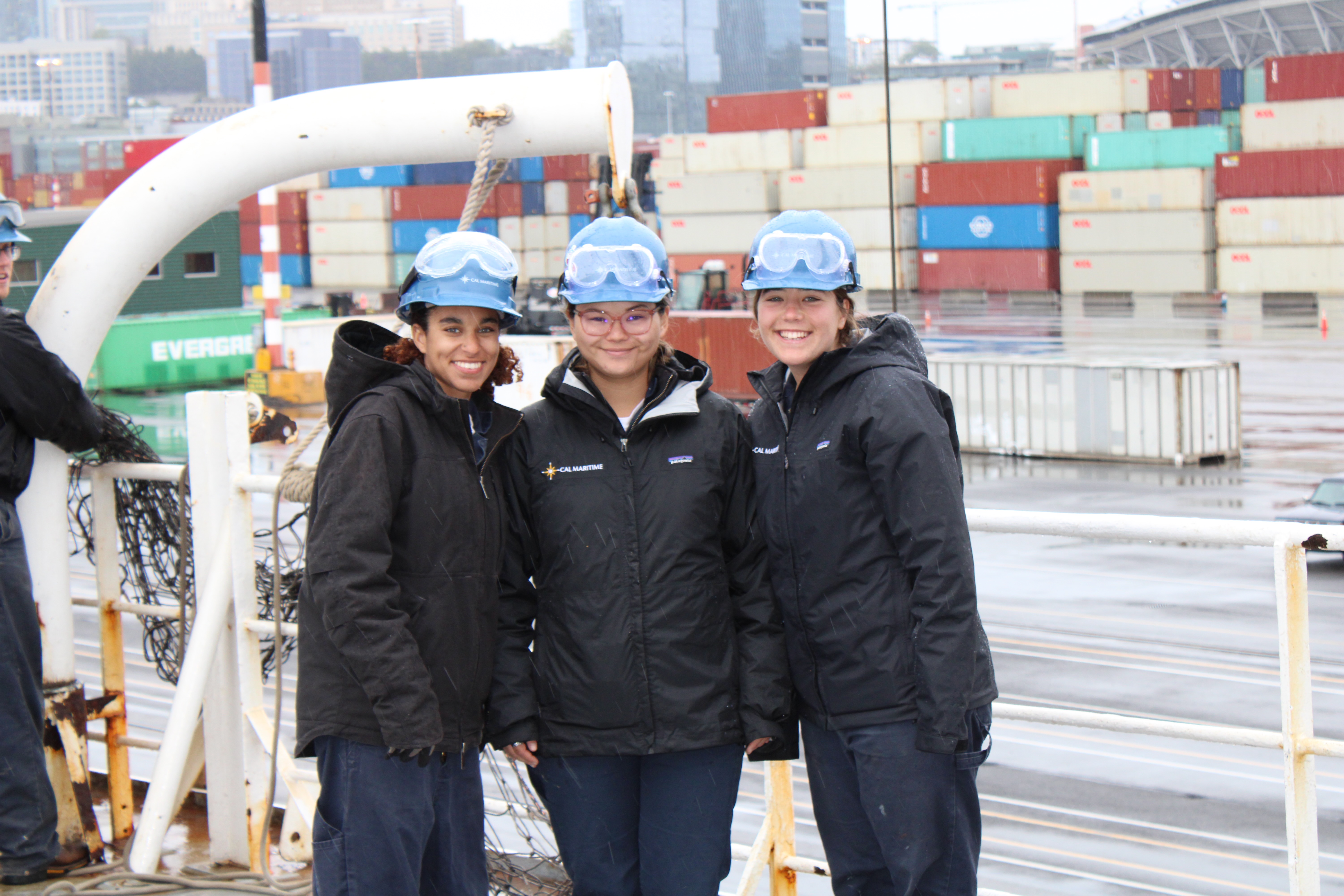 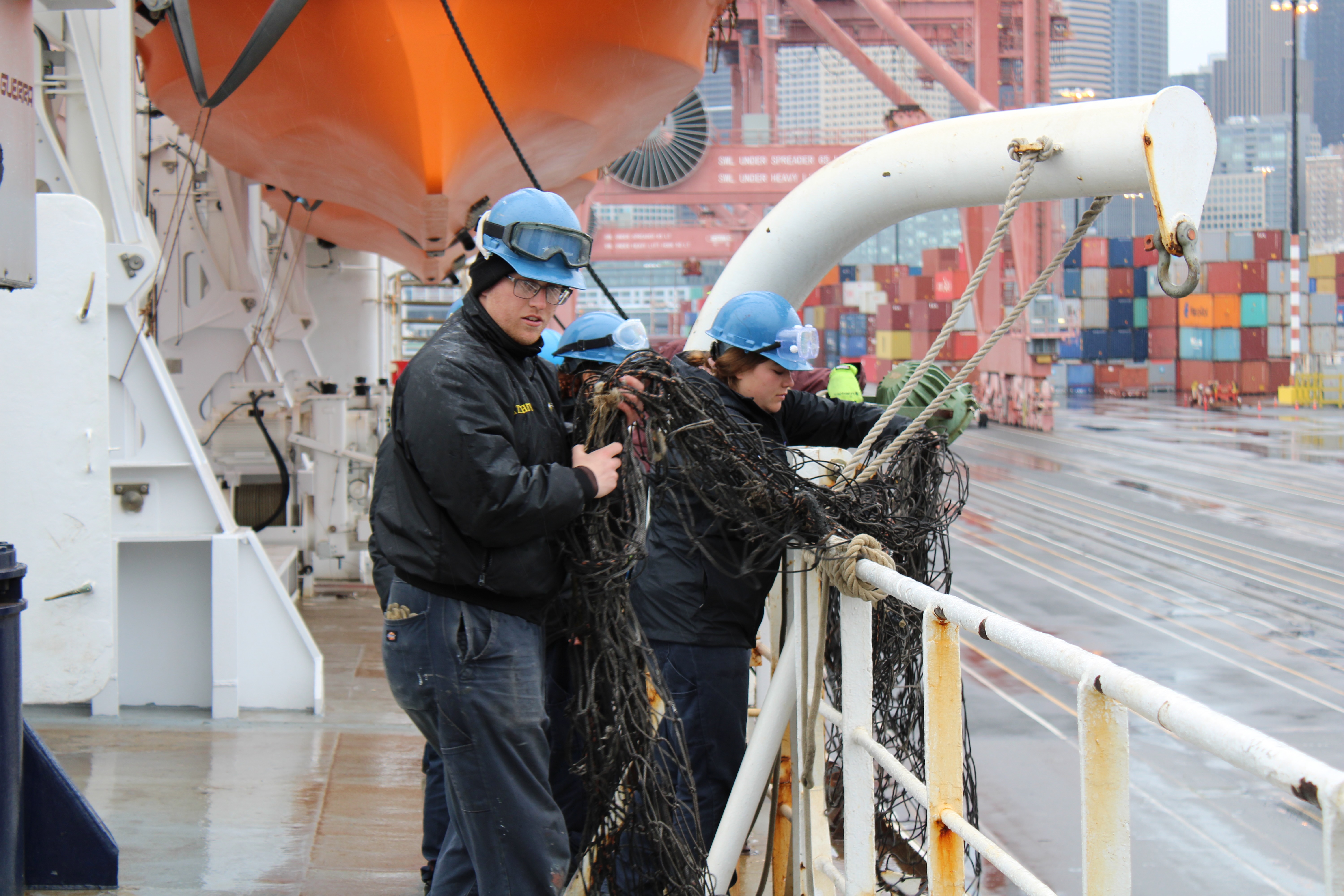 1C cadet Jacob Matthews gathers the "save all" net 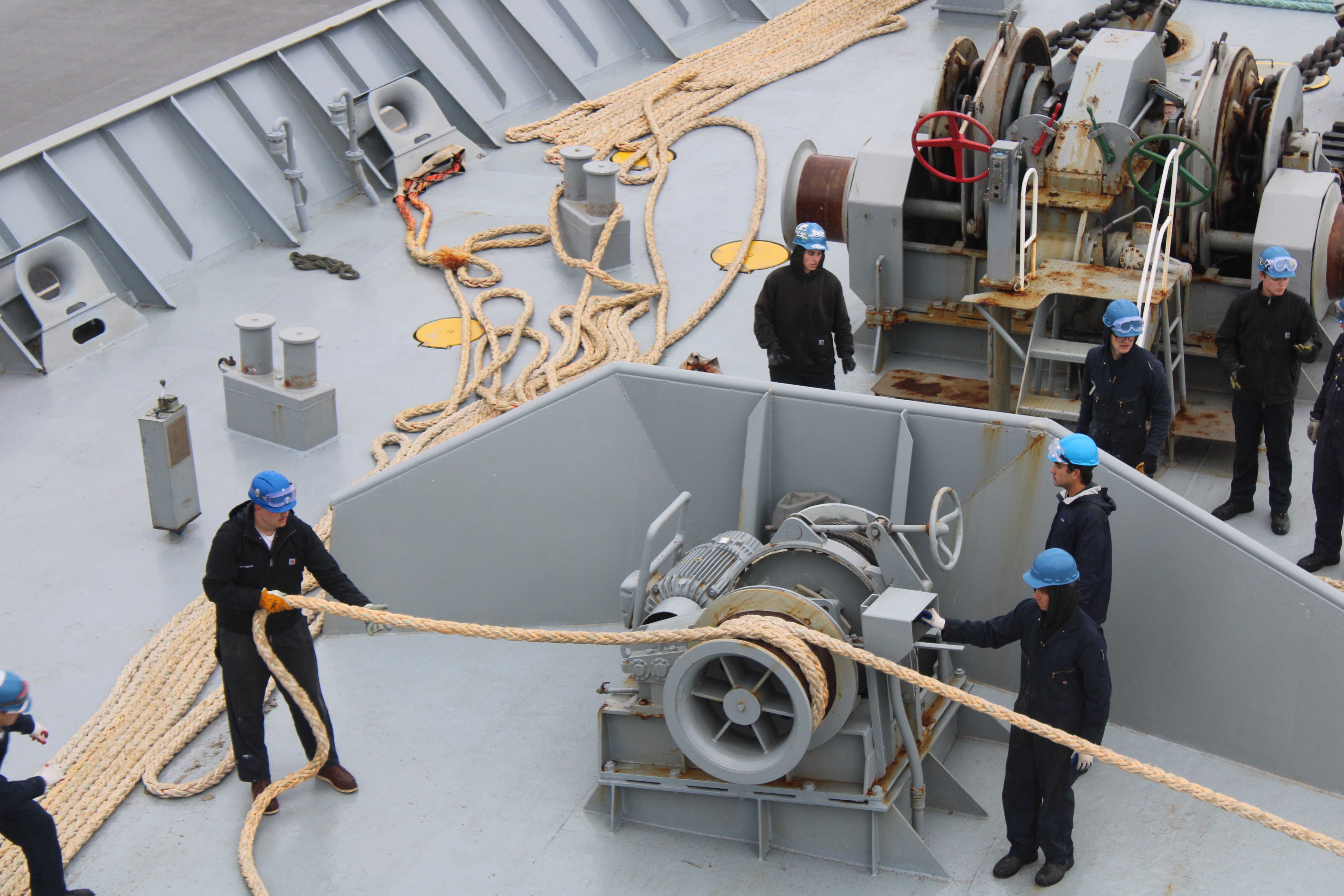 Simultaneously the bow and stern mooring lines were let go from the dock and faked on deck, so they do not get tangled when they need to be used again. On the bridge Cadet 3rd Mate Solomon Kaupu maintains the bell book, and he was also in order of the Engine Order Telegraph. The bell book is extremely important as it is a record of all orders given to the main engines from the bridge 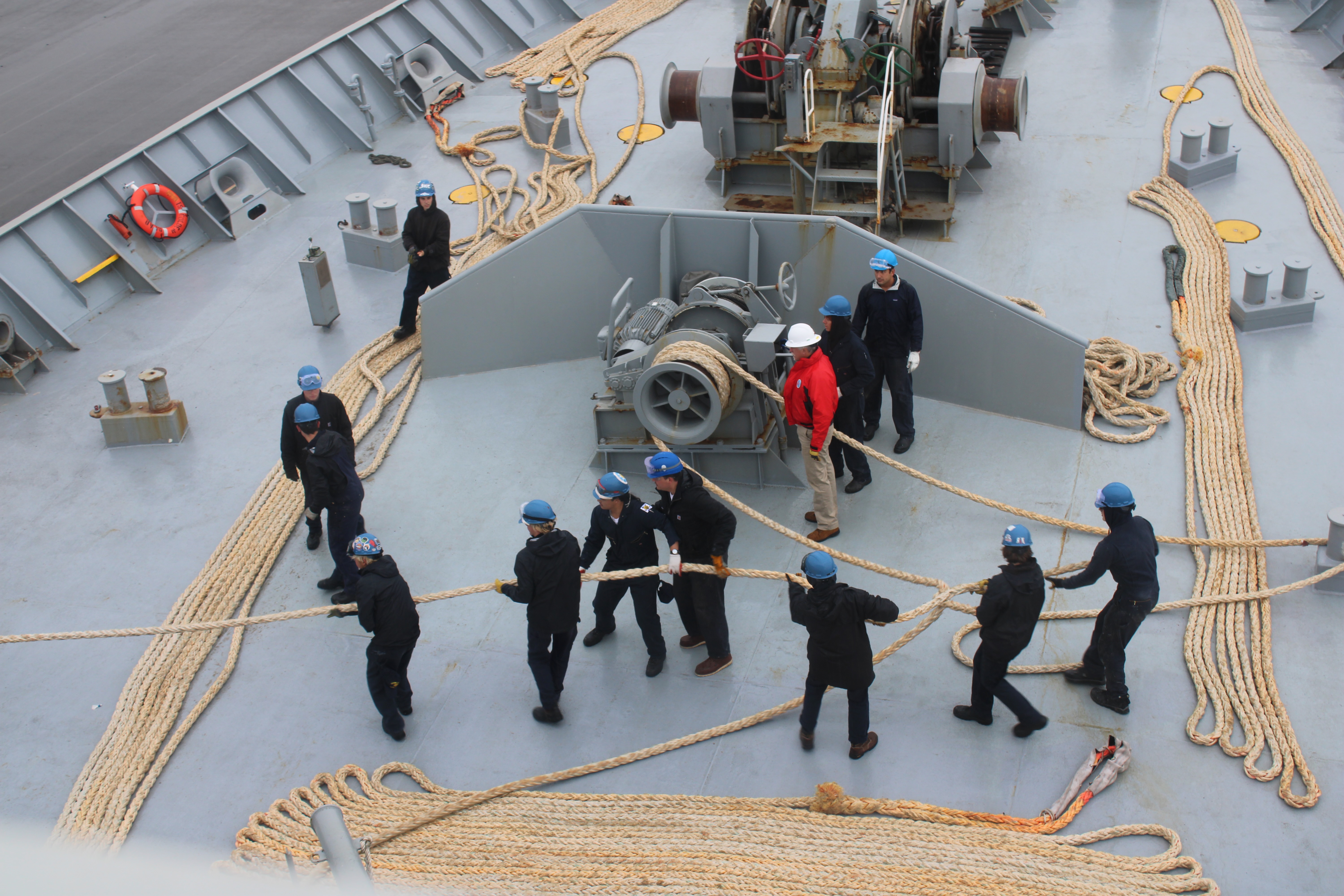 Cadets heave the breast line home once “off the bollard”

After breasting off the dock with help from the tugboats donated by Foss (Marshall Foss) and the Crowley (Protector), we did a 180 degree turn and began heading out of the sound. 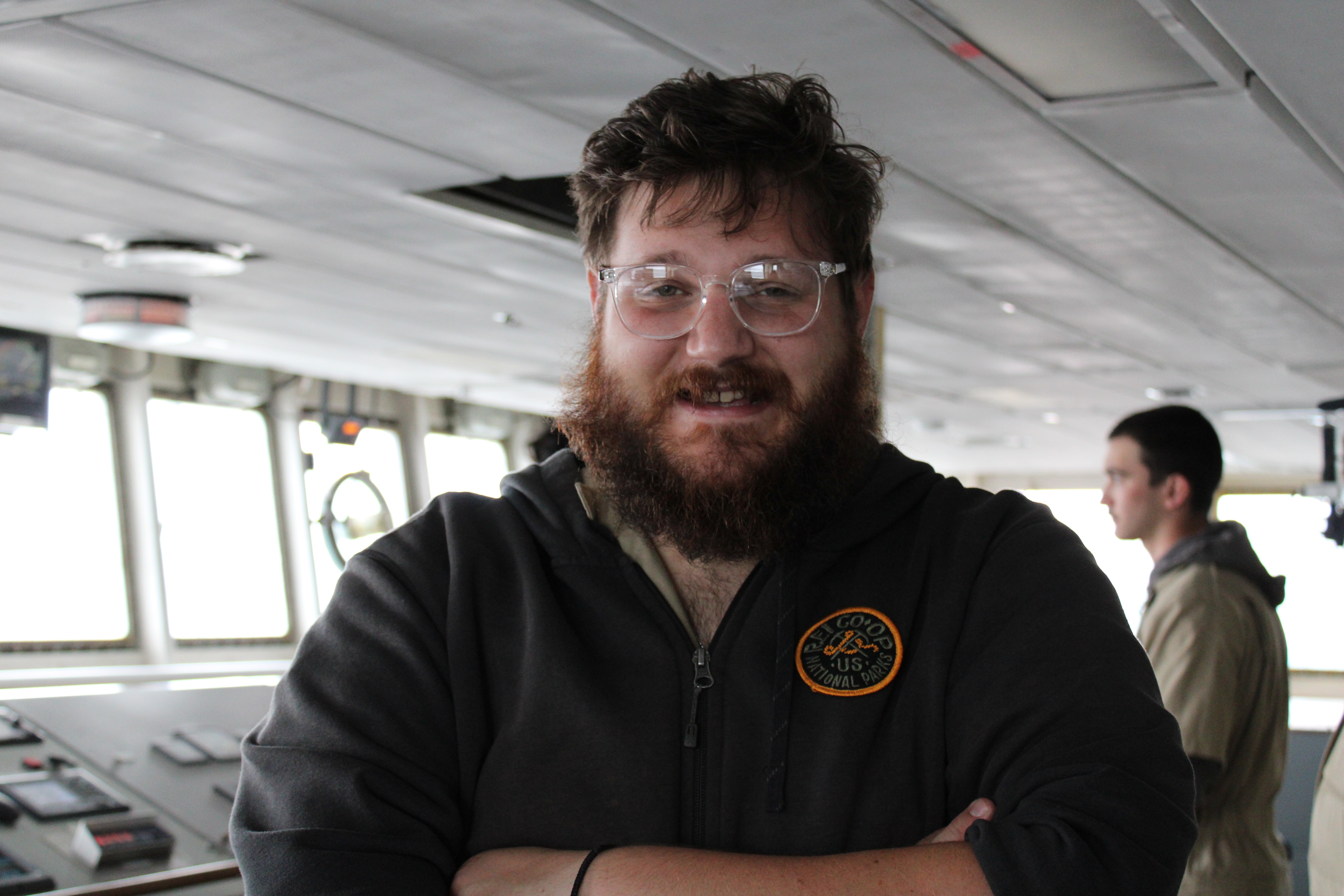 The Puget Sound Pilot guiding us out of the sound was Neil McGourty and he was a 4D Cal Maritime graduate from 2004. 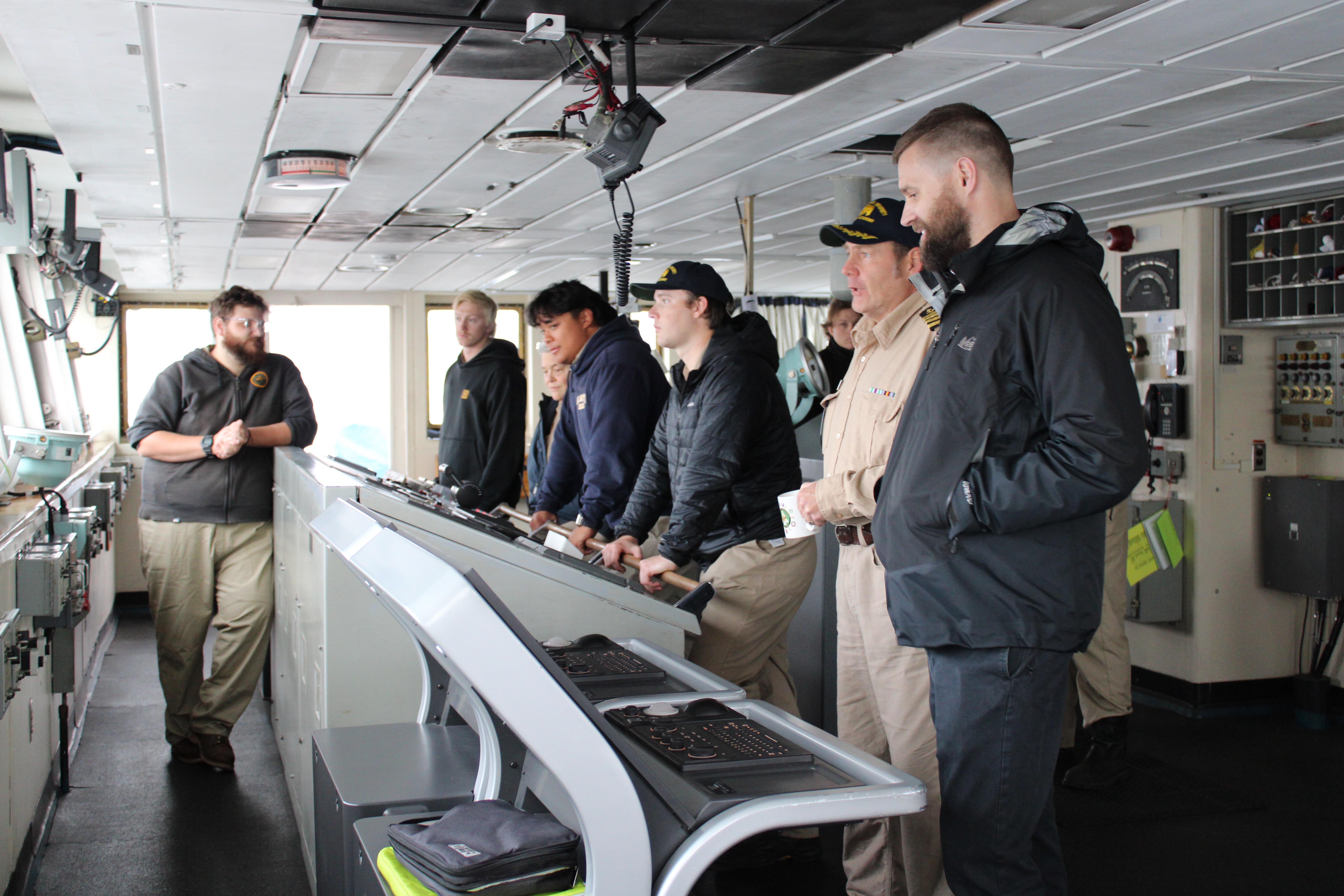 We will be out of the sound and out of the strait of Juan de Fuca by the time those who are not standing watch wake up in the morning. Into the North Pacific. Our next destination- The Hawaiian Islands! 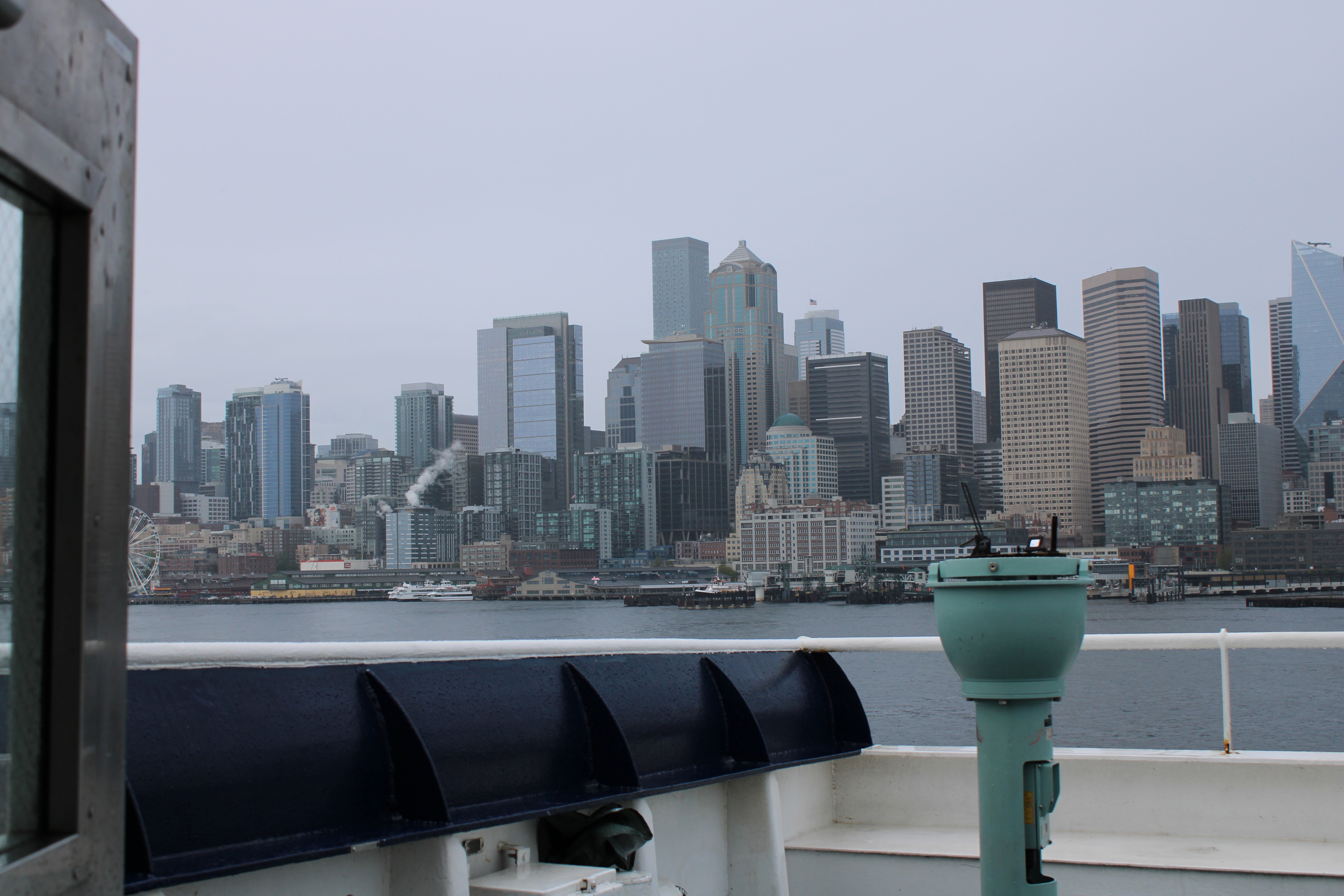