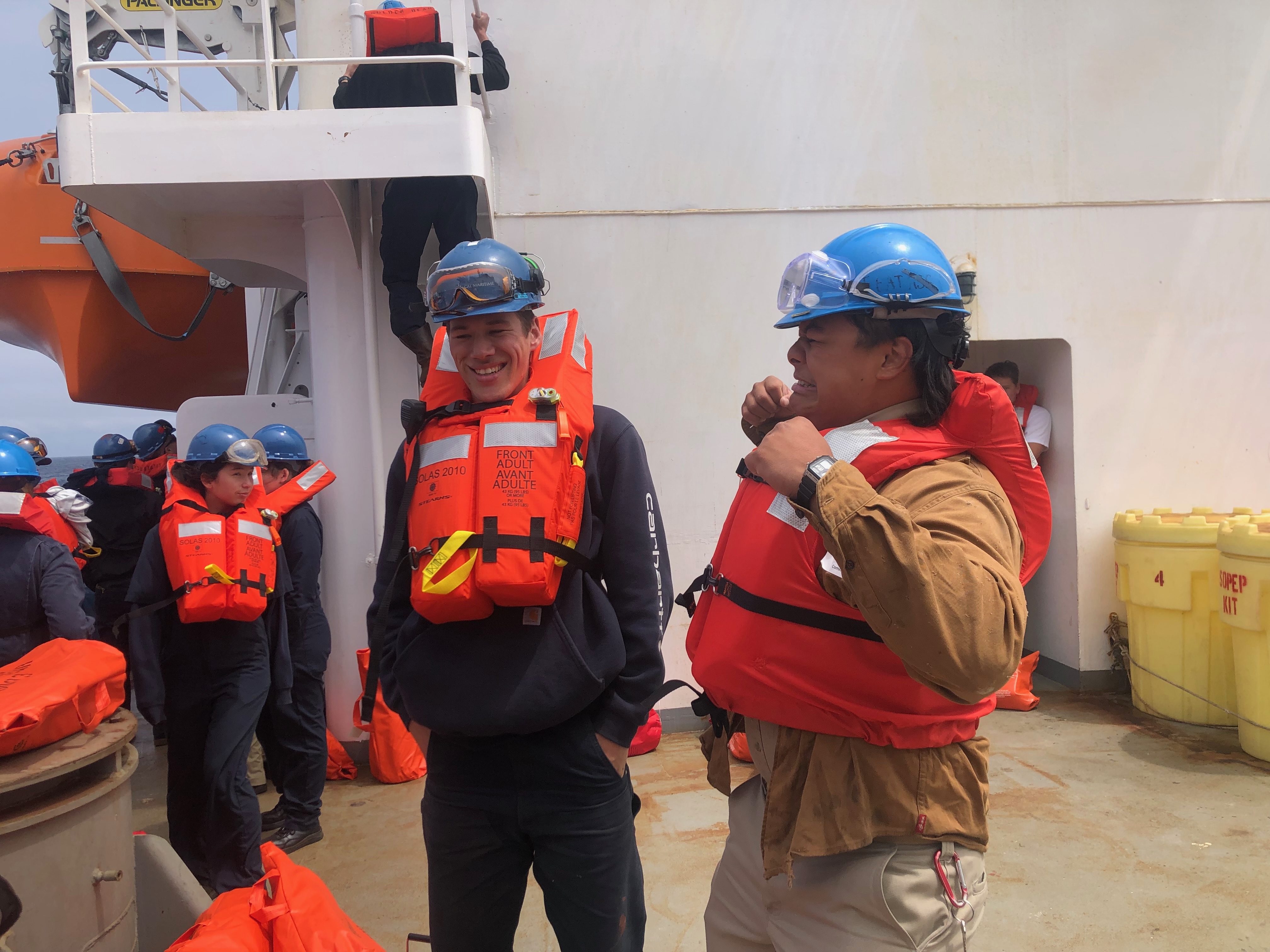 I spent most of the day in bed because the seas were rough once past Cape Flattery and the ship was pitching and rolling. The best way for me to combat sea sickness was to lay flat- so I laid flat in bed most of the day, and at one point I was lying flat in my office. There were many others that had readjusted to the steady ground of shore and had to gain their sea legs yet again. The only goal that I had to do was to get the Bear’s Tale done.

The Bear’s tale is the ships daily newspaper that comes out every evening around 1600 which is when the rest of the ship is conducting clean sweep. It includes the noon position of the ship, the speed of the ship, how far we have traveled and how far we need to go. It also includes a weather forecast, the menu, and announcements from different groups. The plan of the upcoming day, The Cup of Joe, is always in the Bear’s Tale and it let’s all the divisions know if there needs to be a change in uniform, their muster station for quarters, or if there are any general announcements that need to be made to the ship.

There are also announcements for any upcoming morale events that are hosted by the maritime policy and management cadets that are working in Pirate’s Cove. There are events such as Bingo, Karaoke, and trivia. The winner of the competitions usually wins something from Pirates Cove Canteen like a free food item.

The Bear’s Tale is not only how information gets shared, but it is also the ships connection to the rest of the world when I include sports scores, crossword puzzles, and sudoku. Some of the cadet’s favorite inclusion on the Bear’s tale is the tribond of the day. A tribond is three words that seemingly have nothing in common and you have to figure out what they have in common. The paper is not only a tool for sharing information, but I try to make it an evening morale boost while everyone transitions into relaxing for the evening before getting prepared for the upcoming day. 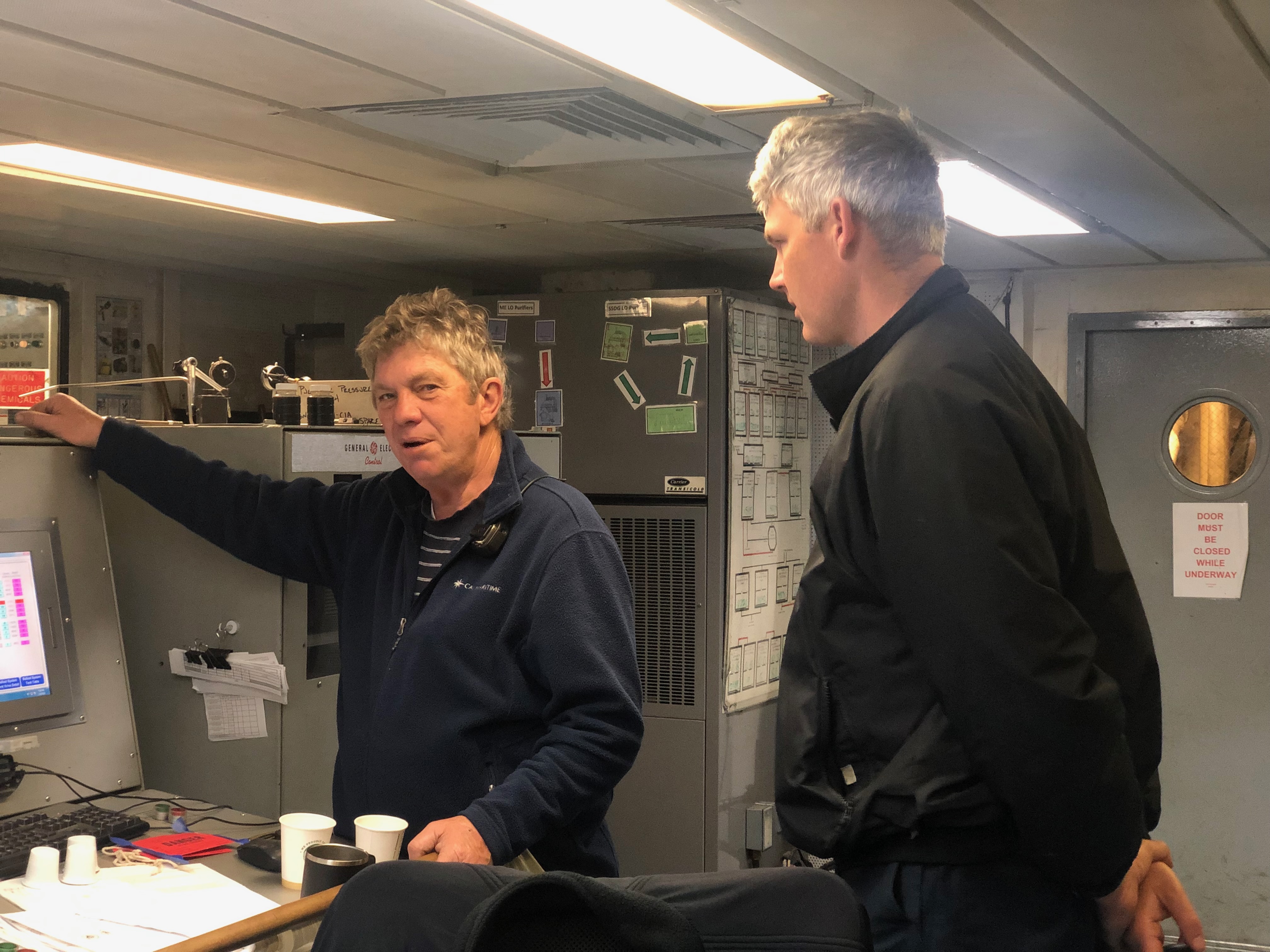 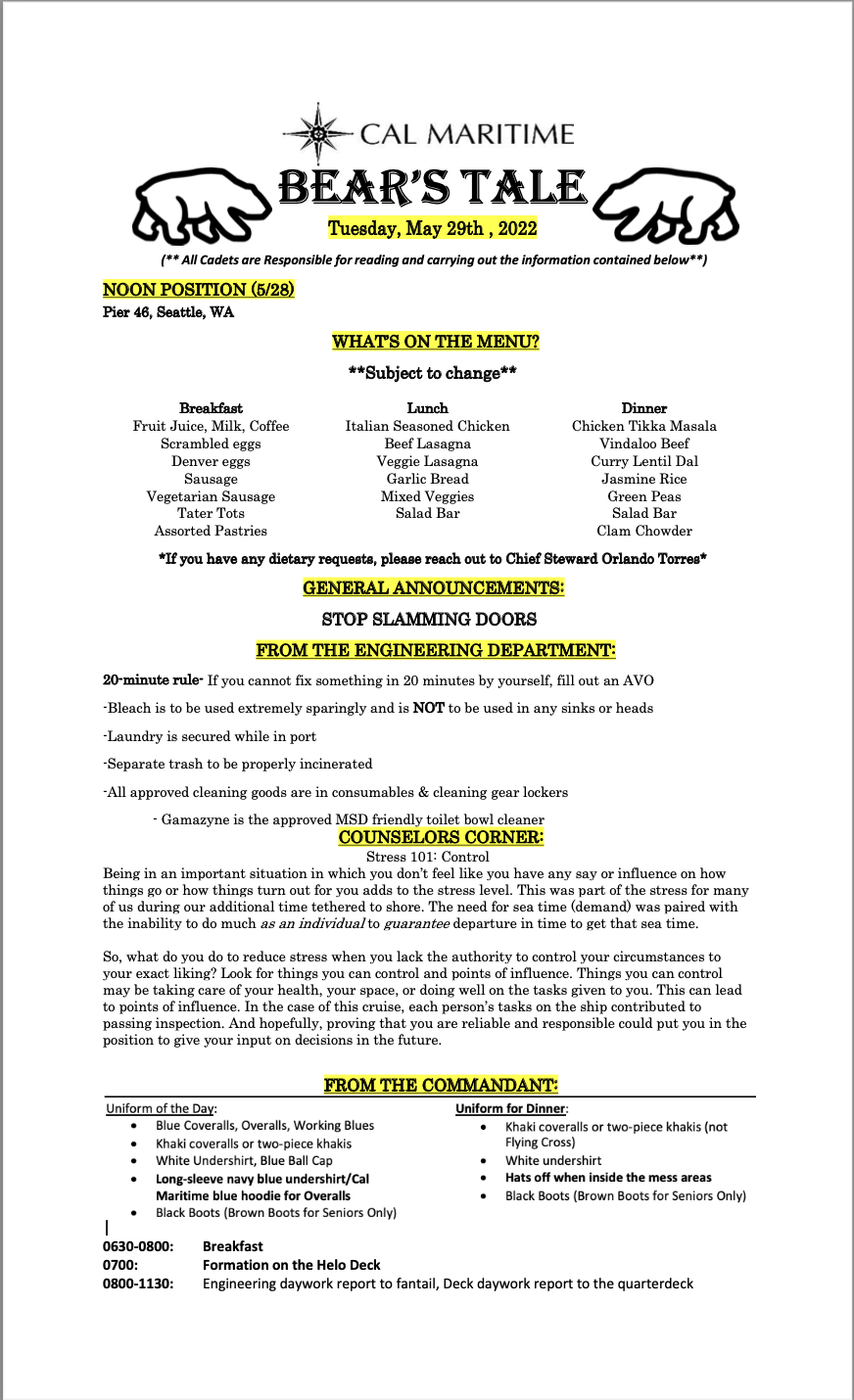 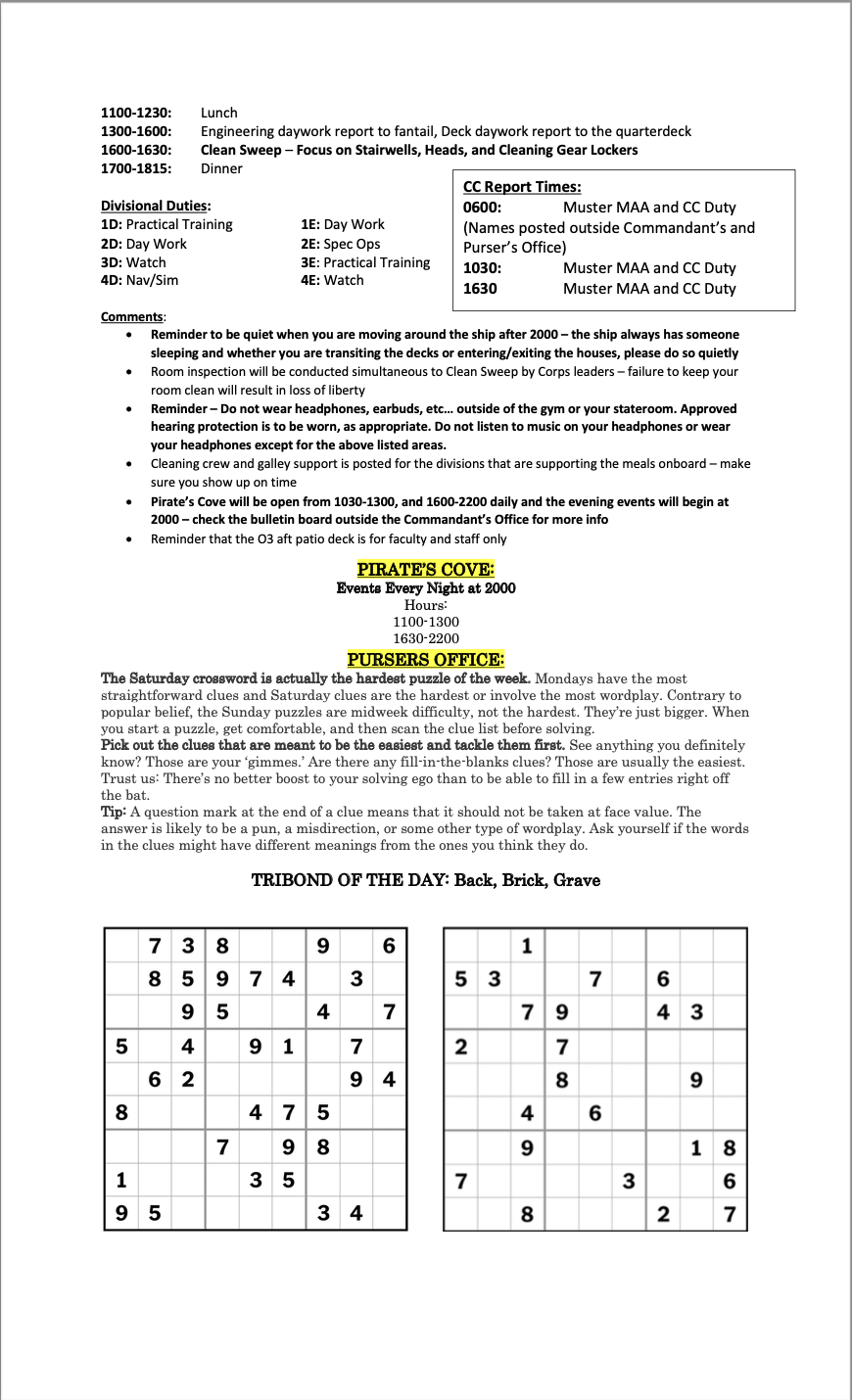