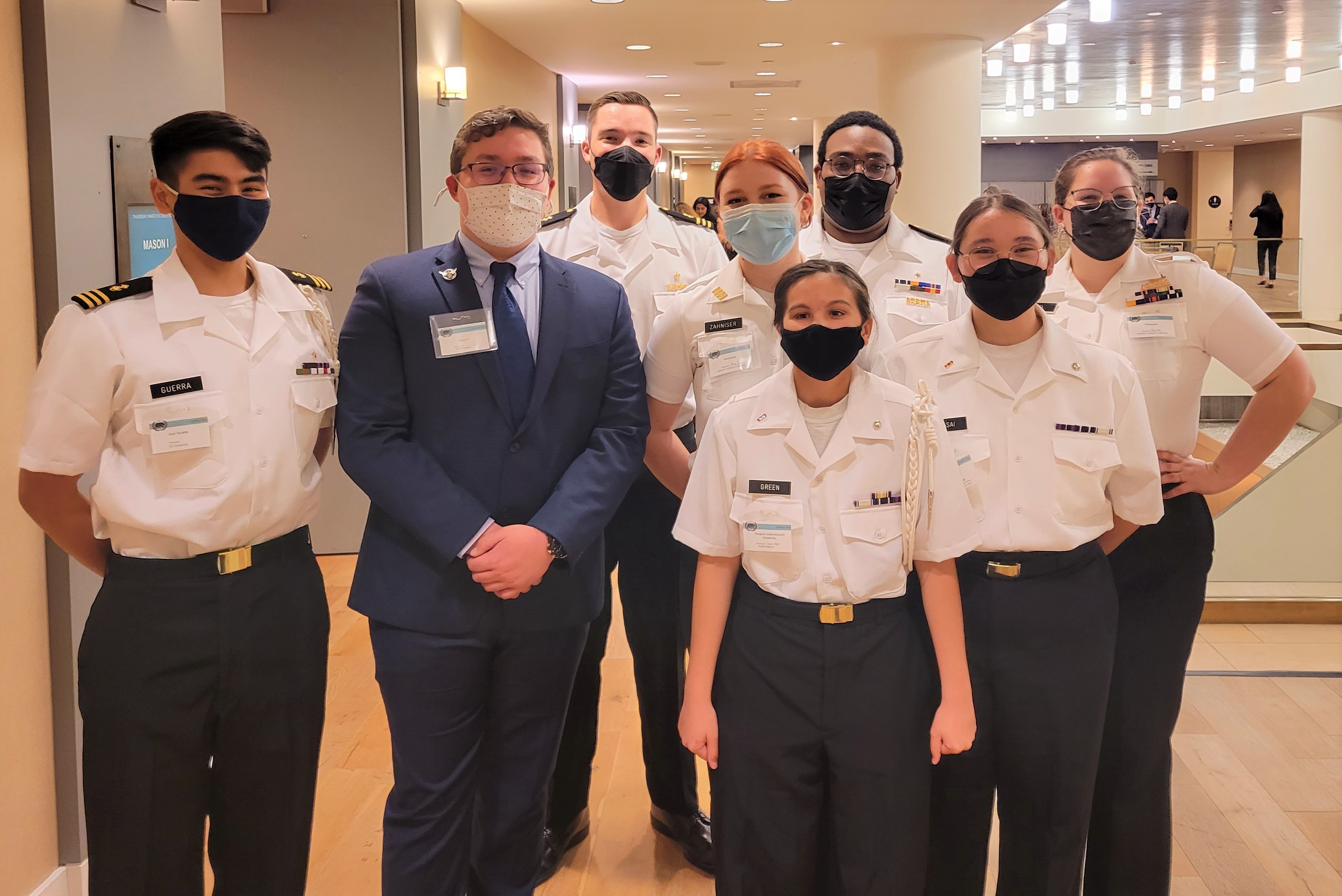 For four days, eight cadets competed in a variety of committees covering topics ranging from the Three Kingdoms Period in China to the Mexican Revolution to the modern-day impact of the digital world. They researched, wrote position papers, devised elaborate behind-the-scenes plans, and spoke out in favor of their ideas alongside hundreds of other delegates from over two dozen different schools.

The Cal Maritime Model UN team is advised by Professor Chris Chiego and welcomes any interested cadets at Cal Maritime who would like to join. Future plans include attending additional conferences each year and potentially hosting a conference at Cal Maritime.