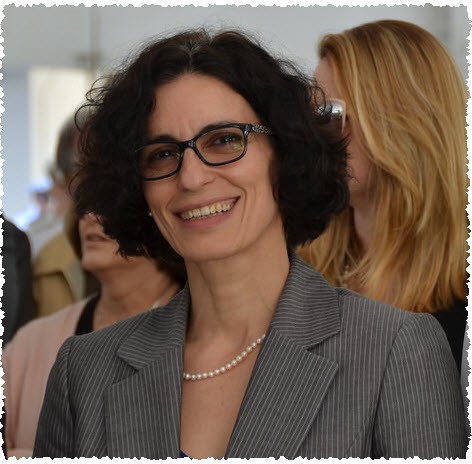 Professor of Physics Cynthia Trevisan joined the California Maritime Academy in August of 2008 and is currently the Chair of the Department of Sciences and Mathematics. She holds a Ph.D. in Physics from University College London, University of London and holds two California State University Outstanding Faculty awards. She has over 25 years of teaching experience, with 20 years of university teaching and 5 years of teaching at the K-12 level.

Professor Trevisan has over 20 years of research experience in chemical physics involving developing theoretical formulations as well as applying modern computational techniques to describe electron-driven chemistry processes and the dynamics of photon-interaction with molecules, with 26 publications in peer reviewed journals and 51 In-house/Abstract book publications. She is a Laboratory Affiliate at the Lawrence Berkeley National Laboratory, conducting research in collaboration with the Atomic, Molecular and Optical Theory Group, Chemical Sciences Division, performing state-of-the-art quantum mechanical calculations in the theory of photon and electron collisions molecules. Currently studying the molecular-frame photoelectron angular distributions for polyatomic molecules that are produced after a core-level electron is removed due to the absorption of an X-ray photon.

After earning her doctorate degree from the University of London, Dr. Trevisan conducted research as a Postdoctoral Scholar at the University of California, Davis and at the Lawrence Berkeley National Laboratory in the theory of dynamical processes in chemical physics.  Dr. Trevisan studied low-energy electron collisions with diatomic and polyatomic molecules and performed quantum chemistry and electron scattering calculations. She also developed codes based on finite element methods with discrete variable representation and exterior complex scaling.  At the Department of Physics at U. C. Davis, Dr. Trevisan conducted research in biophysics using density functional theory and molecular dynamics methods.  She developed codes to predict X-ray absorption spectra in transition metal complexes and metalloproteins with redox active ligands, based on the Anderson impurity model approach, and studied the role of metal ions in possible metal binding sites in prion proteins by performing quantum mechanical calculations and embedding them in molecular dynamic simulations.  She also studied other protein structures that can bind metals (such as alpha–synuclein and Alzheimer’s amyloid-beta), the associated protein-metal interactions and their role in Parkinson’s and Alzheimer’s disease pathogenesis.

Currently, Dr. Trevisan is a Laboratory Affiliate at the Lawrence Berkeley National Laboratory, where she conducts collaborative research alongside scientists at the Atomic, Molecular and Optical Theory Group, in the Chemical Sciences Division. She is currently performing state-of-the-art quantum mechanical calculations in the theory of photon and electron collisions with greenhouse gases and other molecules relevant to energy applications, such as solar energy conversion.  She is currently studying the molecular-frame photoelectron angular distributions for polyatomic molecules that are produced after a core-level electron is removed due to the absorption of an X-ray photon, as well as other electron-driven chemistry processes.