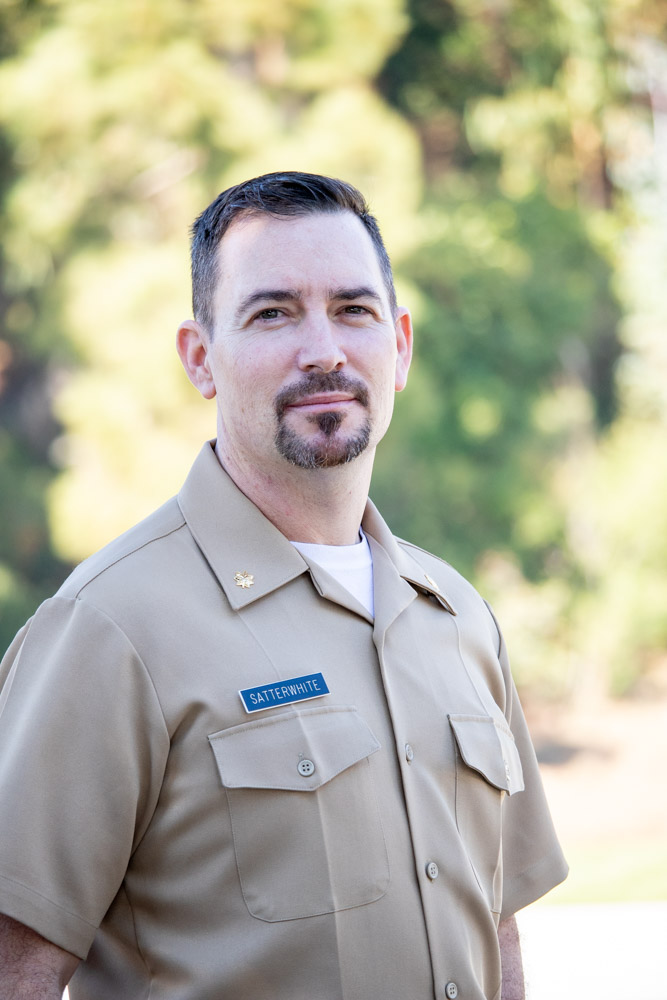 David Satterwhite, who joined the Engineering Technology Department at Cal Maritime as a tenure track professor in 2019, graduated Cal Maritime in 2003 with an undergraduate degree in Marine Engineering Technology, a Third Unlimited Engineers License in diesel, steam, and gas turbines, as well as an officer's commission in the United States Navy. He is currently pursuing a graduate degree in Engineering Management from California State University Northridge. Between 2003 and 2019 he sailed domestically and internationally, primarily as a Chief Engineer in the oil and gas industry, where he participated in the exploratory petroleum drilling efforts in Ghana, Africa and Guyana, South America where large deposits of oil were confirmed.

Additionally, Mr. Satterwhite is an avid Ham Radio Operator, an Eagle Scout and recreational sailor who participated in the Baja Ha-ha prior to an extended cruise through Mexico and the Sea of Cortez before single-handing his sailboat in 2013 from Cabo San Lucas, Mexico to San Francisco via the great circle route with a stopover in Hawaii.