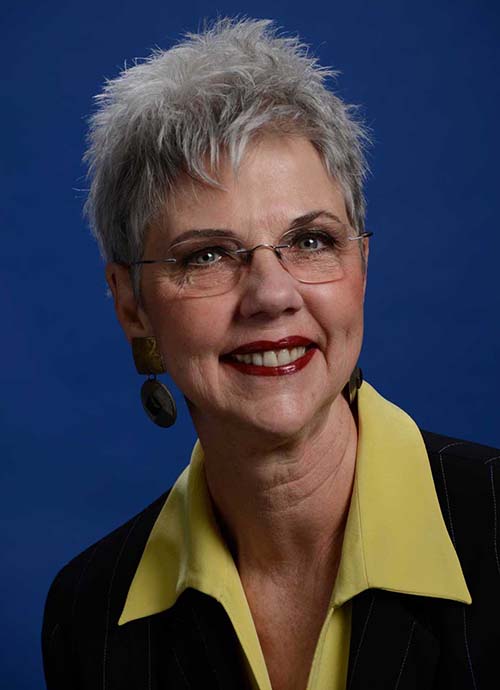 As a member of the President's Cabinet, Byl will have direct responsibility for the university's advancement programs, including alumni affairs, communications, community and governmental relations, and fundraising and development operations.

Byl brings more than 25 years of experience in fund development, including three years as the vice president of university advancement for California State University, Bakersfield (CSUB) and executive director for the CSUB Foundation. Under her leadership, she set and surpassed annual goals, despite a challenging national philanthropic economy, for a $4.3 million three-year average. In addition, she worked with staff to develop a comprehensive university advancement plan, a marketing and communication plan for the campus, and developed a strategic internal plan for the work of the CSUB Alumni Association.

“We are delighted that someone as experienced and with such a proven track record of success in small private and public colleges has agreed to lead our advancement team," said Cal Maritime President Dr. William B. Eisenhardt. "I am sure she will make an immediate impact on the success of Cal Maritime and I look forward to having her as a contributing member of our management team.”

Prior to joining CSUB, she worked at University of the Pacific (UOP), where she served as associate vice president for advancement and interim vice president of advancement. She has a proven track record in capital campaigns at both University of the Pacific (UOP) and Indiana University. At UOP, she executed a successful $330 million fundraising campaign that far exceeded the university's initial goal of $200 million.

"I am looking forward to having the opportunity to build a strong foundation for University Advancement in support of Cal Maritime's mission," said Byl. "I look forward to working with the Foundation Board, alumni, and staff to accomplish these goals."

Byl graduated summa com laude from Morehead State University, where she received a Bachelor of Arts degree in art and secondary education. She also holds a Master of Science degree in educational psychology from Indiana University.