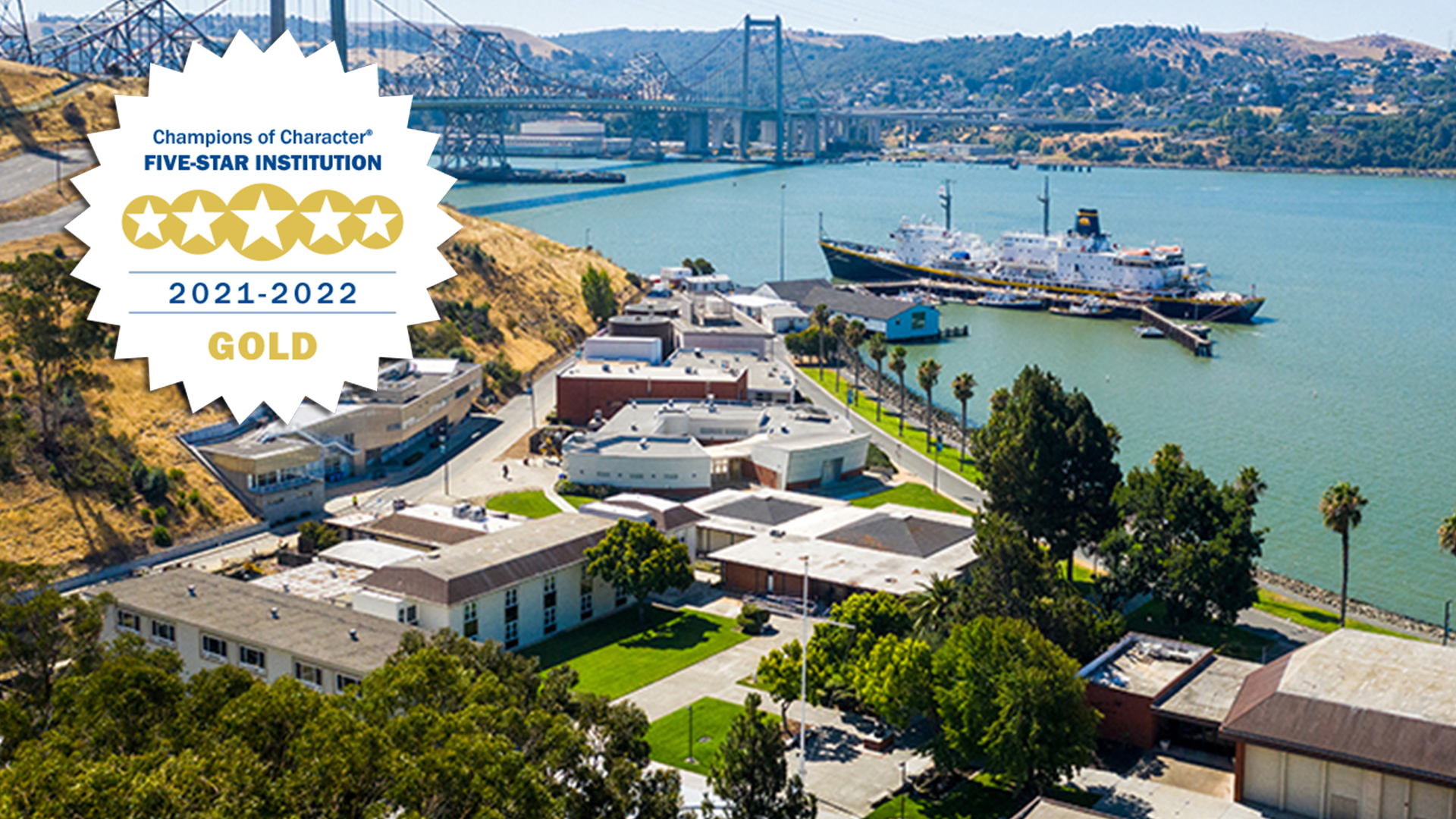 Cal Maritime is the only California Pacific (CalPac) Conference member to accomplish this feat.


KANSAS CITY, Mo. – Of its 250 institutions across the nation, only 28 received a perfect score when the NAIA announced the Champions of Character award recipients for the 2021-22 academic year. Included in that group of 28 was Cal Maritime, the only California Pacific Conference member to accomplish this feat.

The Champions of Character program also helps participants find and maintain a healthy balance by keeping five core values — integrity, respect, responsibility, sportsmanship, and servant leadership — at the heart of their athletics experience.

"This award is a testament to the continued dedication and commitment of our cadet-athletes, coaches and staff to integrate the pillars of the NAIA's Champions of Character program, with Cal Maritime's values, in the classroom, community and competition," said Director of Athletics and Physical Education Karen Lee Yoder.

Based on its philosophy of providing character-driven athletic opportunities and activities to student-athletes, the NAIA's Champions of Character program, and its annual scorecard, measures institutions' commitment to academic focus, conduct in competition, character training, promotion and recognition. Institutions earn additional points for exceptional student-athlete GPAs and earning minimal-to-no ejections during competition throughout the course of an academic year.

Following the conclusion of the 2020-21 academic year, Cal Maritime was the only athletics department in California, and the Cal Pac Conference, to earn the NAIA's top character award.