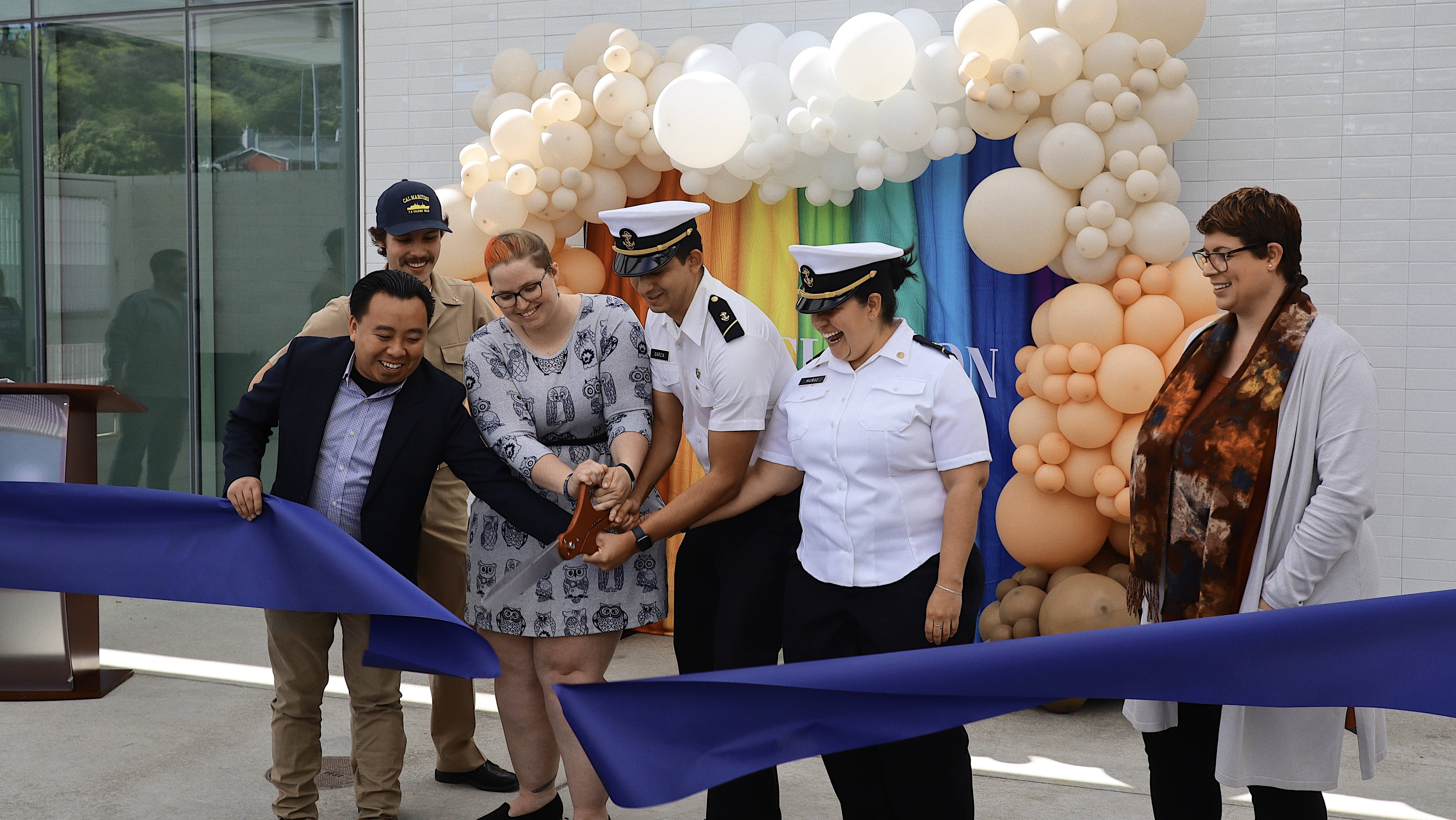 Cal Maritime celebrated the grand opening of its first-ever Inclusion Center this week with a ribbon cutting and reception on Tuesday, March 8.

Cal Maritime celebrated the grand opening of its first-ever Inclusion Center this week with a ribbon cutting and gathering aimed at thanking those who helped bring the center into being as well as explaining its mission.

“This truly is meant to be a space for connectedness and belonging for all members of our community,” said King Xiong, Coordinator of the Educational Opportunity Program (EOP). “I think it’s important for us to understand why this place now exists,” he added. "It’s because in the past we have had cadets from underrepresented groups who feel invisible, silent and marginalized.” Xiong explained that campus partners had worked together over several months to design and create a specific locale that would be both safe and welcoming. 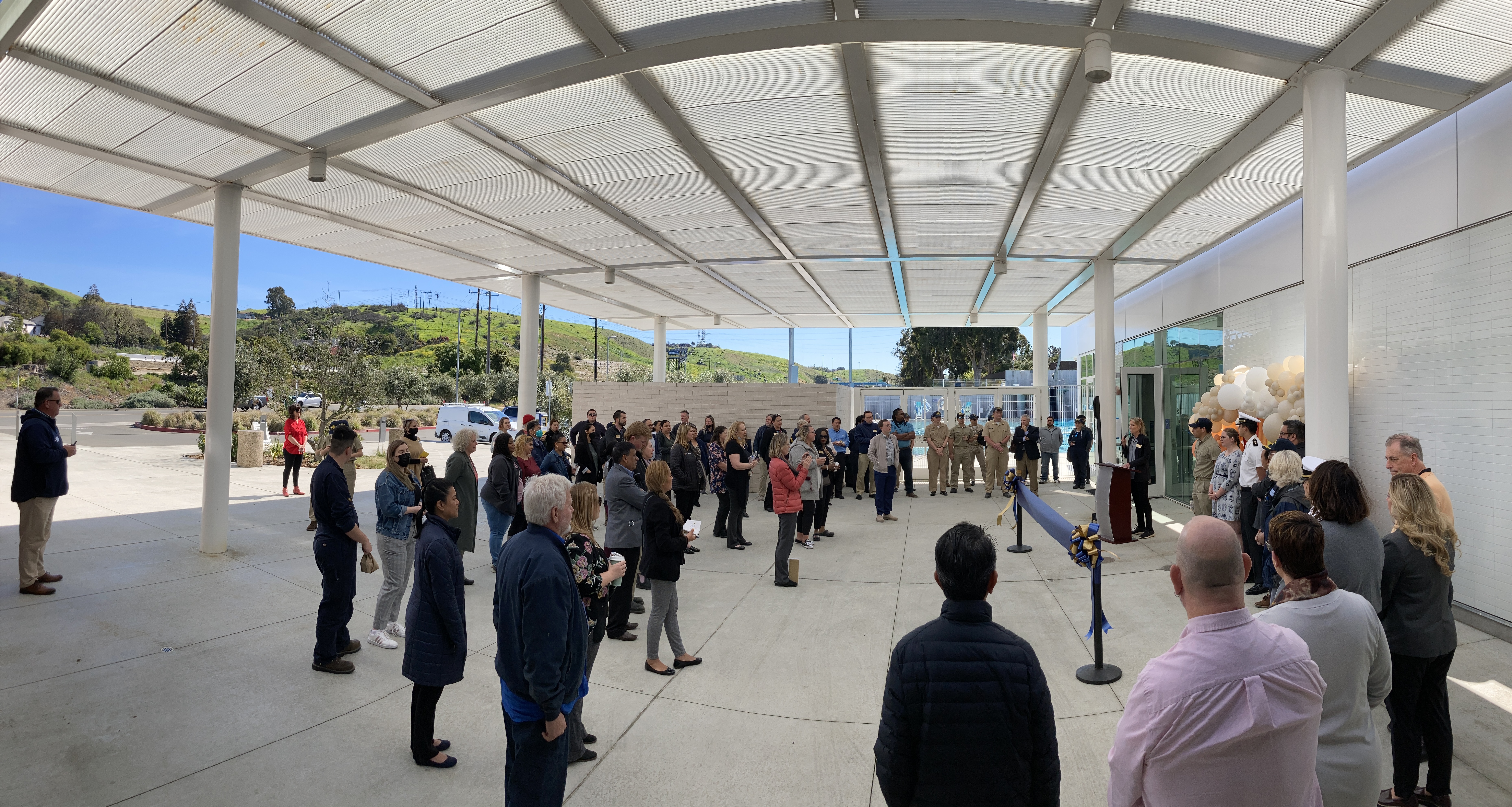 Located in the Physical Education and Athletic Center (PEAC) with a designated entrance from the outdoors, the Inclusion Center is intended to be a place for education and support, programming, club meetings and social gatherings.

Cadet Liam Garcia '22 GSMA, along with many others, helped bring the Center from the idea stage last fall to fruition. He noted that when he initially arrived at Cal Maritime he felt as if he had a hard time fitting in and wanted to be sure that those who followed did not have a similar experience.

“The inclusion Center is for everyone who feels underrepresented, overlooked or is simply looking for new friends” he said.

His thoughts were echoed by Leah Wyzykowski '23 MT, who also spoke at the ceremony.

“Being able to gather with people who have similar a life experience and similar mindsets is really, really important on this campus. It will really help show you that you’re not alone.”

Garcia underscored the true mission of the center—inclusivity.

“I cannot stress this enough. The inclusion center belongs to every cadet who comes here. To me the inclusion center stands as a room to show pride for who I am and who makes up Cal Maritime. It shows everyone coming to my school that we celebrate diversity, that we treat everyone with respect. Everyone has a place here. I am excited to see what current and future cadets do with the space." 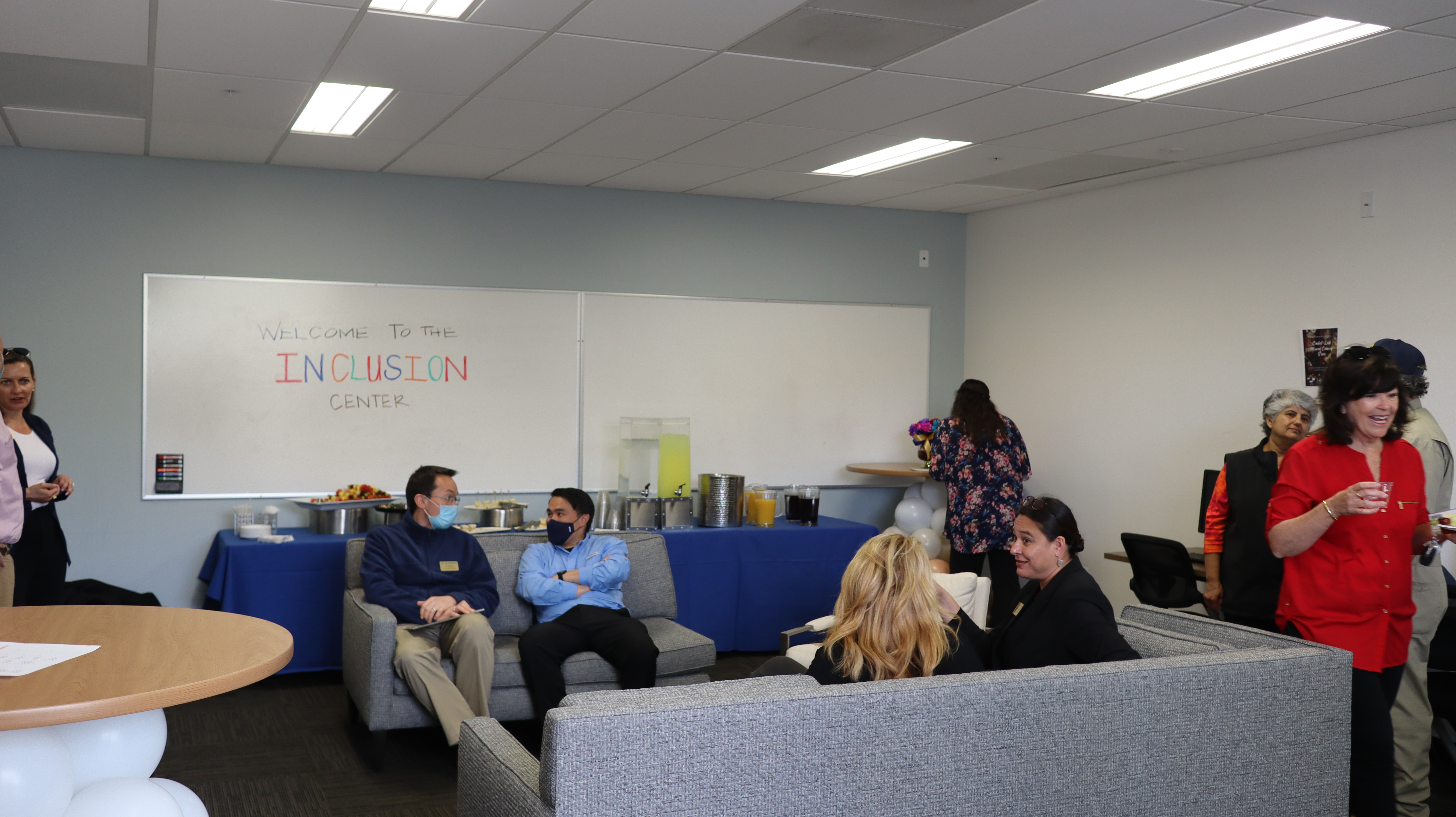 The newly-opened Inclusion Center is located at PEAC 115.