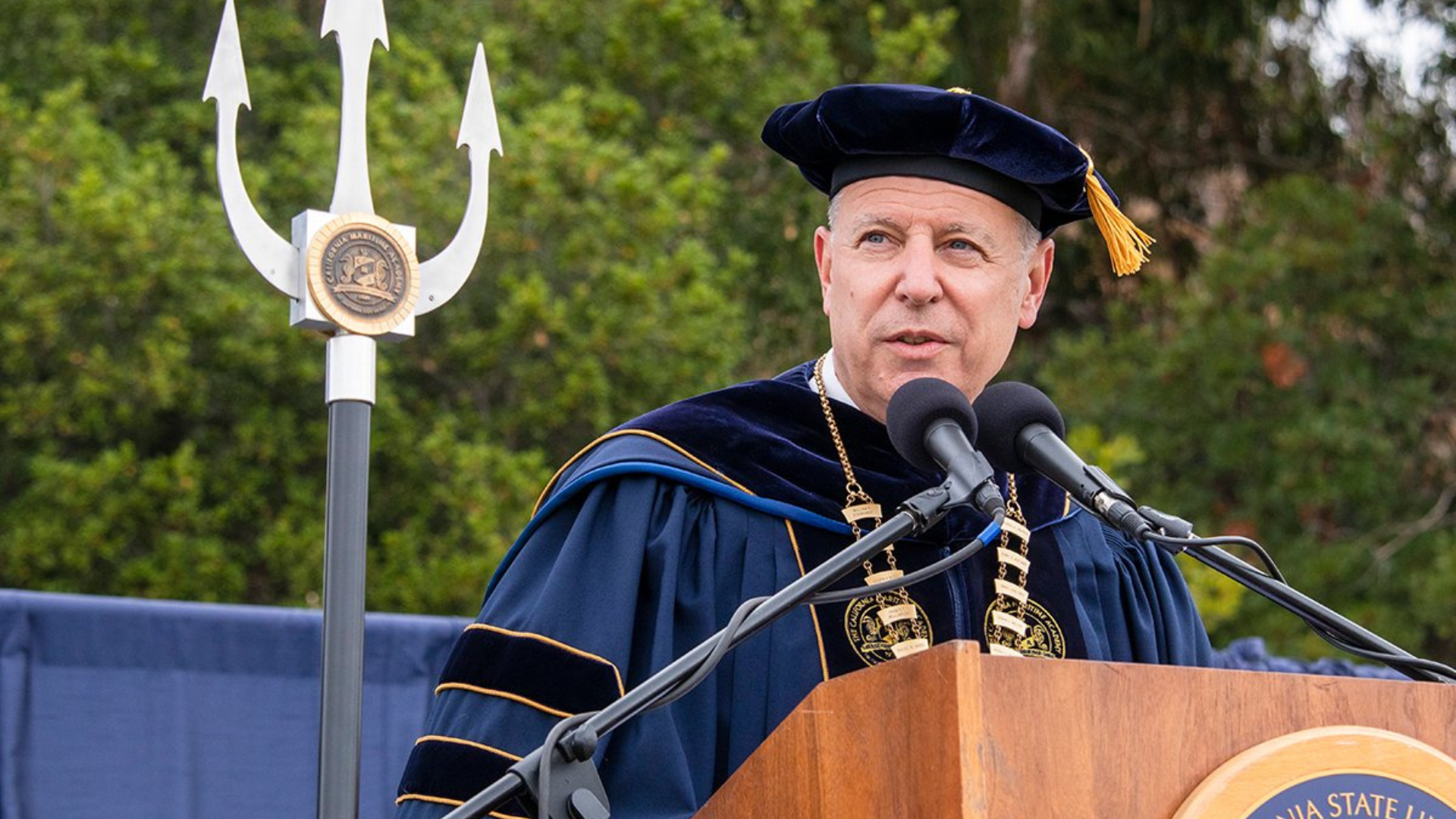 The following statement can be attributed to CSU Interim Chancellor Jolene Koester:

In his decade-long service, President Cropper has consistently demonstrated a commitment to student success and to improving the student experience. He spearheaded facilities improvements across campus and helped to secure funding for a new training ship. Under his leadership, the university has undertaken a series of meaningful actions to advance diversity, equity and inclusion and to serve as a national model for maritime academies.

Cal Maritime cadets graduate with critical leadership skills and a global perspective that allow them to make immediate and positive impacts in the maritime industry and in their communities.
I applaud President Cropper’s long and distinguished career of service to the CSU and to the maritime industry.”

On November 28, 2022, Cal Maritime President Thomas A. Cropper announced that he would retire from his role on August 1, 2023.

An interim president will be appointed to lead the university, and the CSU will launch a national search to identify Cropper’s successor. Under university policy, the chair of the CSU Board of Trustees, Wenda Fong, and Interim Chancellor Jolene Koester will select a committee comprised of campus and community stakeholders who will be publicly announced at a later date. Thereafter, campus and community input will be sought in an open forum held on the Cal Maritime campus.

read the message from president thomas a. cropper here