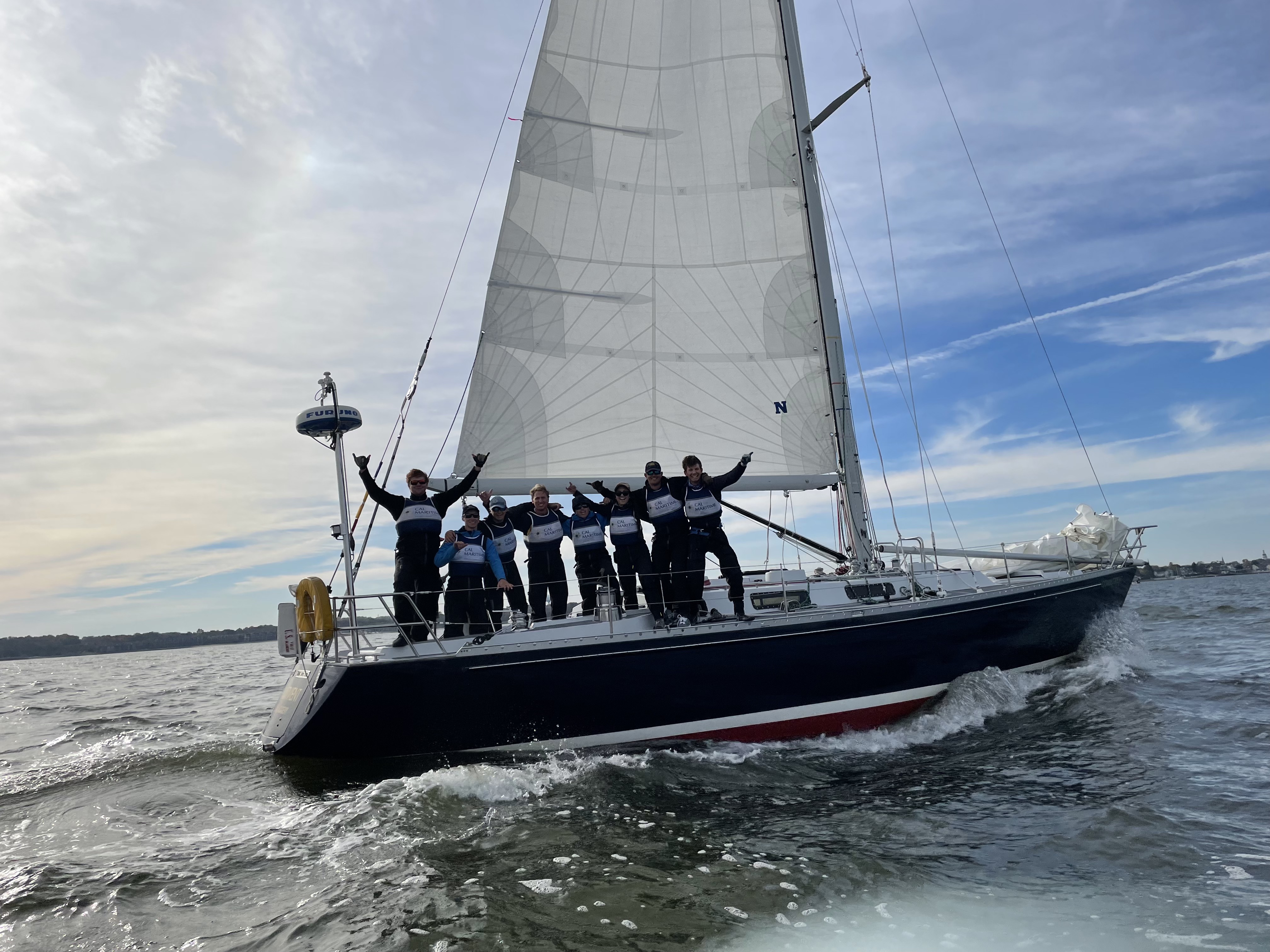 ANNAPOLIS, Md. - After finishing the first day of competition in second place at the 2021 Kennedy Cup, hosted by the U.S. Naval Academy, Cal Maritime erased its six-point deficit against Rhode Island throughout Sunday's action to win the event by a one-point margin.

Including this championship, Cal Maritime Sailing has four top-three finishes in five events this season.

In the Kennedy Cup, teams sail a series of races, with team points based on the order the boats finish each race. First place in each race earns one point, second place earns two points, three for third, etc., with the lowest cumulative score capturing the title.

The Keelhaulers enjoyed a strong start to the opening day of competition by winning the inaugural race. Following Rhode Island's victory in the following race, Cal Maritime gave the Rams a stiff challenge and finished second. As the day progressed, URI and Cal Maritime separated themselves from the 10-team field and wrapped-up the day in first and second, respectively, with the final set of races still remaining.

Even though the Rams held a six-point advantage through four races, the Keelhaulers finished third and second in the opening pair of Sunday's races, and capped the afternoon by finishing first in the seventh, and final race, to end its weekend with 24 team points and the Kennedy Cup.

Completing the top three were Rhode Island (29 points) and U.S. Merchant Marine Academy (32). The U.S. Naval Academy and Massachusetts Maritime Academy rounded out the top five; even though both scored 33 points, Navy took fourth by virtue of a head-to-head tiebreaker.

The second half of the standings included SUNY Maritime College (34), University of Toledo (38), College of Charleston (50), University of Michigan (56) and UC San Diego (63).

Cal Maritime will return to action on Saturday, Nov. 13 when it heads to Santa Barbara to compete at the two-day Pacific Coast Collegiate Sailing Conference Fall PCCs. For half of the team, the upcoming PCCs will mark its second trip to Santa Barbara in as many weeks since Cal Maritime also finished 5th in this weekend's Gaucho Fall Team Race.