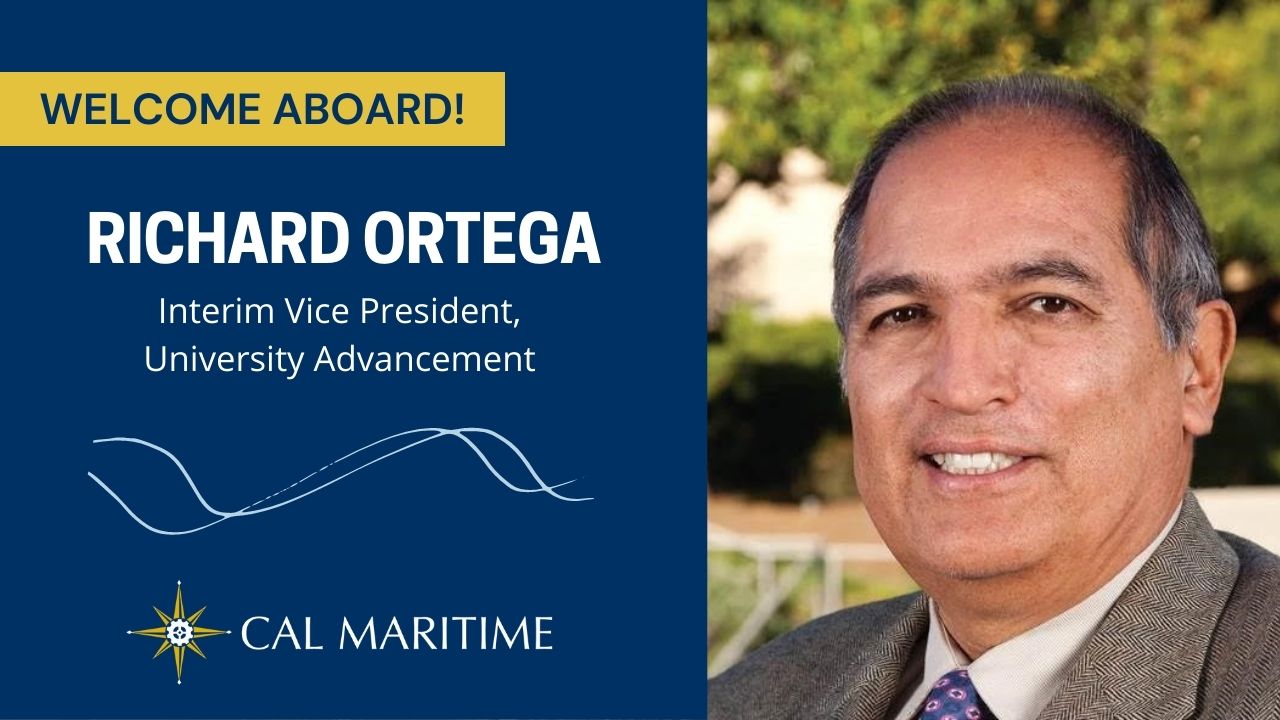 Higher education advancement leader Richard P. Ortega, Ed.D. has been named interim vice president of University Advancement, Cal Maritime’s President Tom Cropper announced Wednesday. “The timing is auspicious,” said Cropper, “as Richard joins us as Cal Maritime’s first comprehensive campaign, Leading the Way, is just getting underway. He will share a significant role in that effort, as well as energizing and reorganizing the staff around our mission and priorities.”

Ortega has more than 35 years of experience successfully leading advancement offices in a higher education setting. Most recently, he served as the inaugural vice president of university advancement at the Texas A & M University San Antonio, where he led a staff of fourteen responsible for development, marketing, communications, advancement services, and alumni relations.

Previous roles include advancement leadership positions at Holy Names University, Carroll College, New Mexico Institute of Mining and Technology, and the University of Texas San Antonio. Specifically, he has an impressive record of meeting fundraising goals and connecting with campus communities and varied stakeholders to advance the mission of the institutions which he has served.

Ortega has also provided significant service to the advancement profession through the Council for the Advancement and Support of Education (CASE).  His contributions include serving on the CASE Commission on Philanthropy and serving as chair-elect and various other positions on the board of directors for CASE District IV (Texas, Oklahoma, Arkansas, Louisiana, New Mexico and Mexico). He has made numerous presentations at professional conferences on major gift fundraising.

His educational background includes a doctorate in education, with a focus on educational leadership, from the University of New Mexico. No stranger to California, Ortega has an undergraduate degree from Cal State Northridge, has worked as a mathematics teacher in the LA Unified School District early in his career, and later directed a minority engineering program at Sacramento State.

“I’m delighted to be joining Cal Maritime,” said Ortega. “I was immediately impressed with the University Advancement team and the Academy's senior leadership. I share their deep enthusiasm for Cal Maritime based on its small size, intentional community, and rigorous, STEM-focused education.”

Ortega begins his duties on October 18.