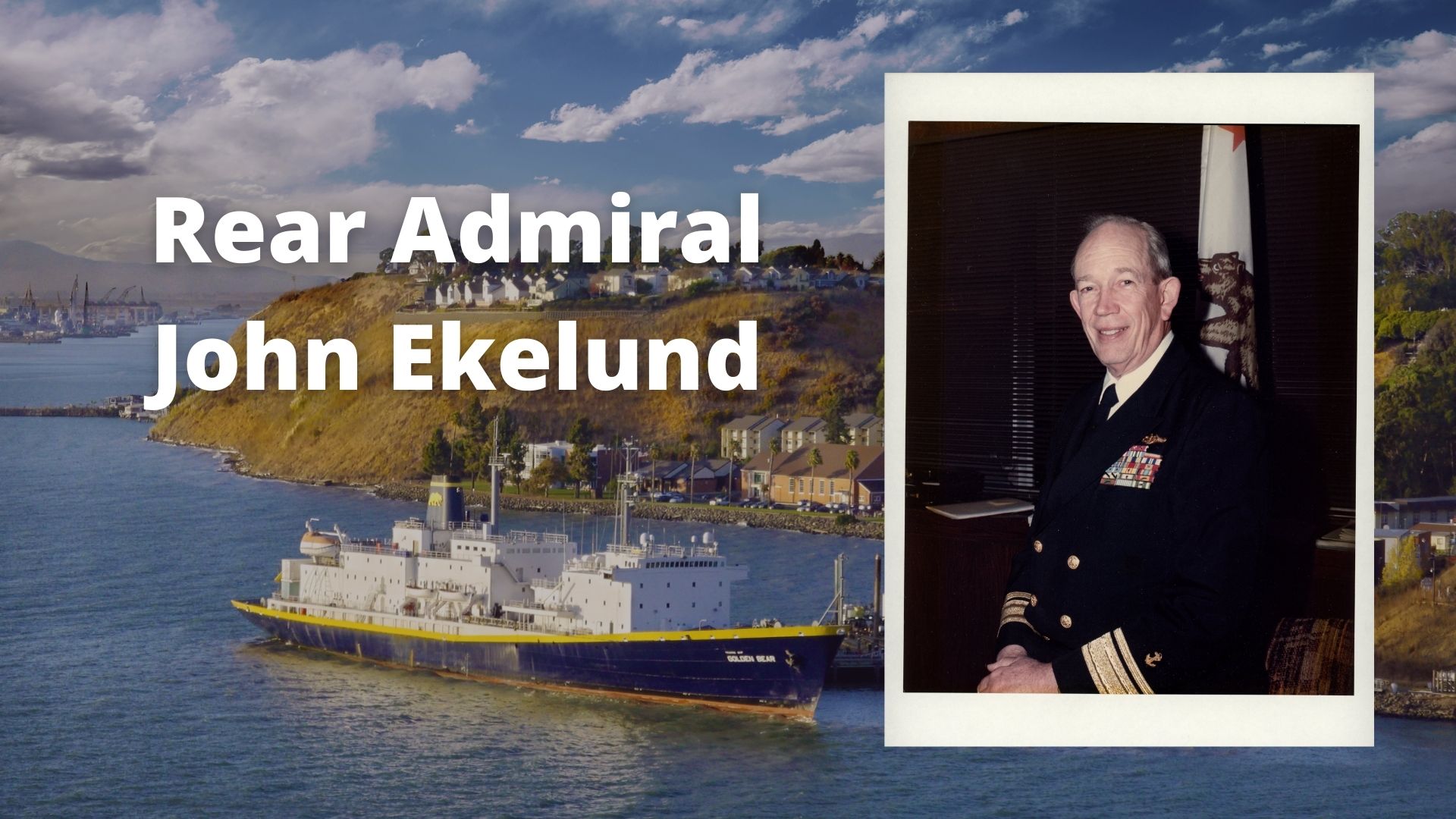 Retired Rear Admiral John Ekelund, who served as Cal Maritime’s president from 1983 to 1990, passed away on July 28th.

Ekelund assumed the presidency of what was then called the California Maritime Academy in November of 1983 during a transformational time in the maritime industry due to growth in the “containerization” of shipping.  Ekelund met that challenge by broadening the curriculum to include degrees that would give cadets opportunities in emerging shoreside careers.  Degrees in mechanical engineering and business administration were launched in 1985 and 1986 respectively, and in 1987 a B.A. track in intermodalism was introduced into the business program.  He also focused on increasing the number of female and minority students during his tenure.  President Ekelund retired in August of 1990 and moved to Monterey, California.

He leaves behind his wife of 69 years, Lynn Marie Schumacher, his sister Marjorie Hoeft, six children, twelve grandchildren and five great grandchildren. The Cal Maritime community extends its condolences to the family.

A service will be held in Monterey at the NPS Chapel, St. Thomas Aquinas on August 19 at 10:30 and final internment at U.S. Naval Academy.