Office of the Commandant 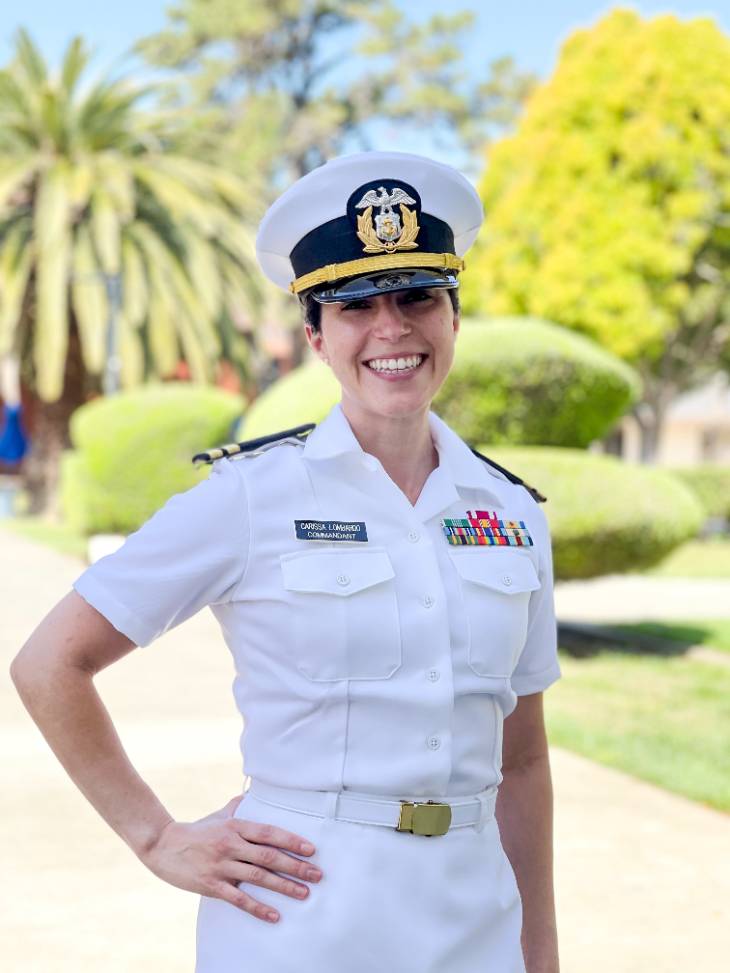 Commandant Lombardo enlisted into the New York Army National Guard in 2012.  Upon completion of Initial Entry Training at Ft. Huachuca, Arizona, she graduated as an All-Source Intelligence Analyst.  Shortly after, Commandant Lombardo accepted a position with the New York National Guard Counterdrug Task Force, where she worked as a Criminal Analyst for Homeland Security Investigations in NYC.

In 2019, Commandant Lombardo transferred to the 69th Infantry Battalion in NYC, where she is currently the intelligence NCOIC.  She trains junior enlisted Soldiers in basic Soldier skills and intelligence processes and mentors Soldiers to become future leaders.  Commandant Lombardo also conducts in-depth analysis, which she briefs to the Company and Battalion Command Teams to provide timely and relevant information, pertinent to the Command decision making process.

Commandant Lombardo is an avid fitness athlete and nature lover.  You can often find her spending time in the gym, taking a hot yoga class, exploring the outdoors, and traveling.  She also enjoys reading, particularly non-fiction books on military, leadership, and personal growth.

Commandant Lombardo brings twelve years of diverse leadership training and experience to Cal Maritime from the military, education, and physical fitness sectors.  She takes great pride in developing, inspiring, and challenging Cadets, as they navigate their journey at Cal Maritime.