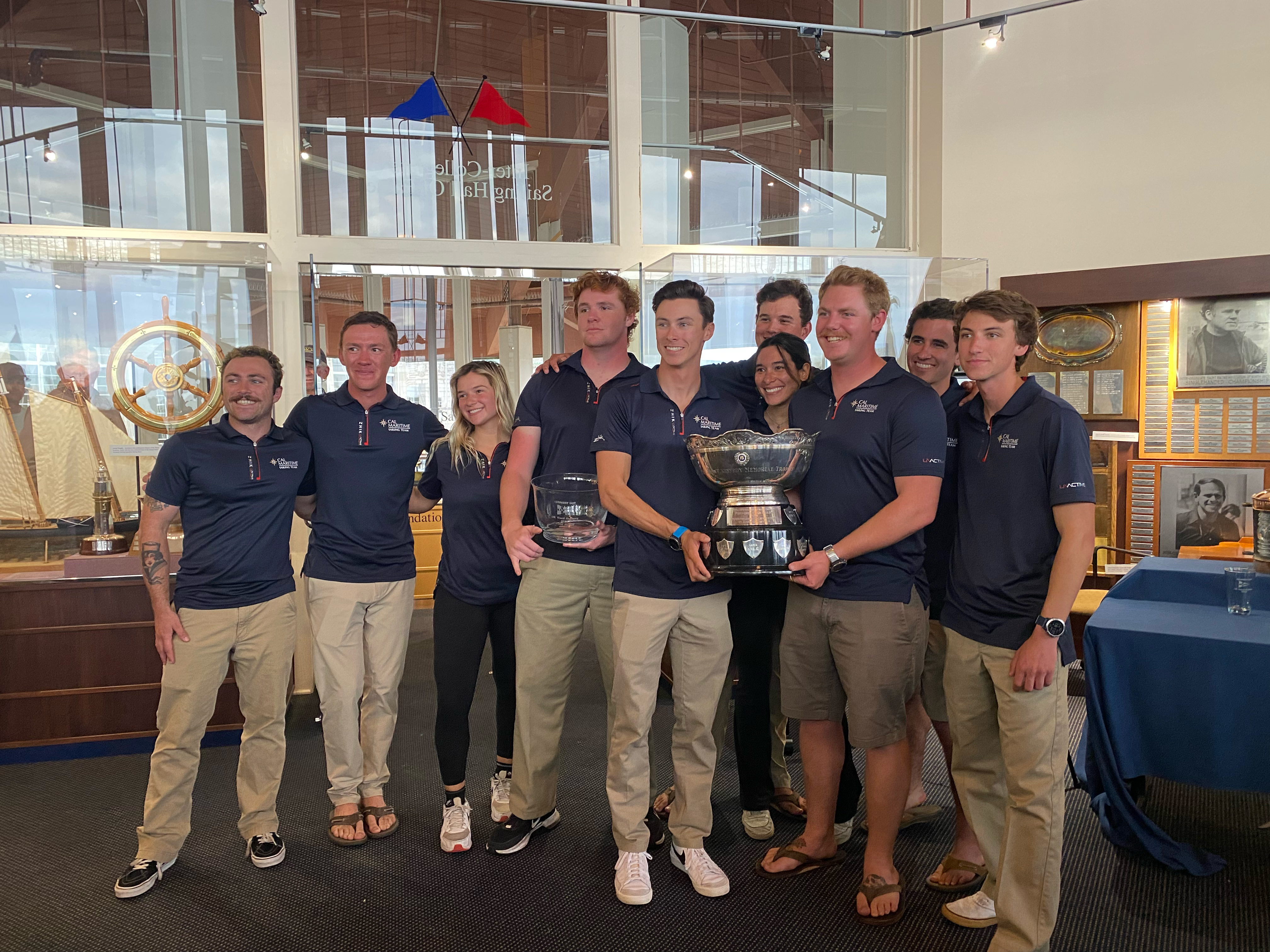 Sailors from the nation’s top college programs were back on the water for the Kennedy Cup as the Keelhaulers prevailed.

ANNAPOLIS, Md. – Tied for first place with the U.S. Coast Guard after the first day of racing at the Robert Crown Sailing Center in Annapolis, Md., Cal Maritime returned to the water on Sunday, Nov. 6 and showed firsthand why it is one of the premier programs in the nation. Cal Maritime’s sailing team earned bullets in two of three races to successfully defend its Kennedy Cup title and capture the John F. Kennedy trophy for the fifth time in school history.

This is the first time a team has repeated as Kennedy Cup champions since South Florida won regattas that took place in 2016 and 2017. Since 1965, only five schools previously accomplished this feat.

Including a pair of first-place results in the final two races that took place on Saturday, Nov. 5, Cal Maritime recorded four straight bullets in this regatta to finish with 14 team points — nine fewer than event host Navy, who ended the weekend in second place.

Of the seven races that took place, the Keelhaulers finished within the top three in all but one. Once it captured the first of four straight bullets in the third race, Cal Maritime remained in first place for the rest of the regatta. 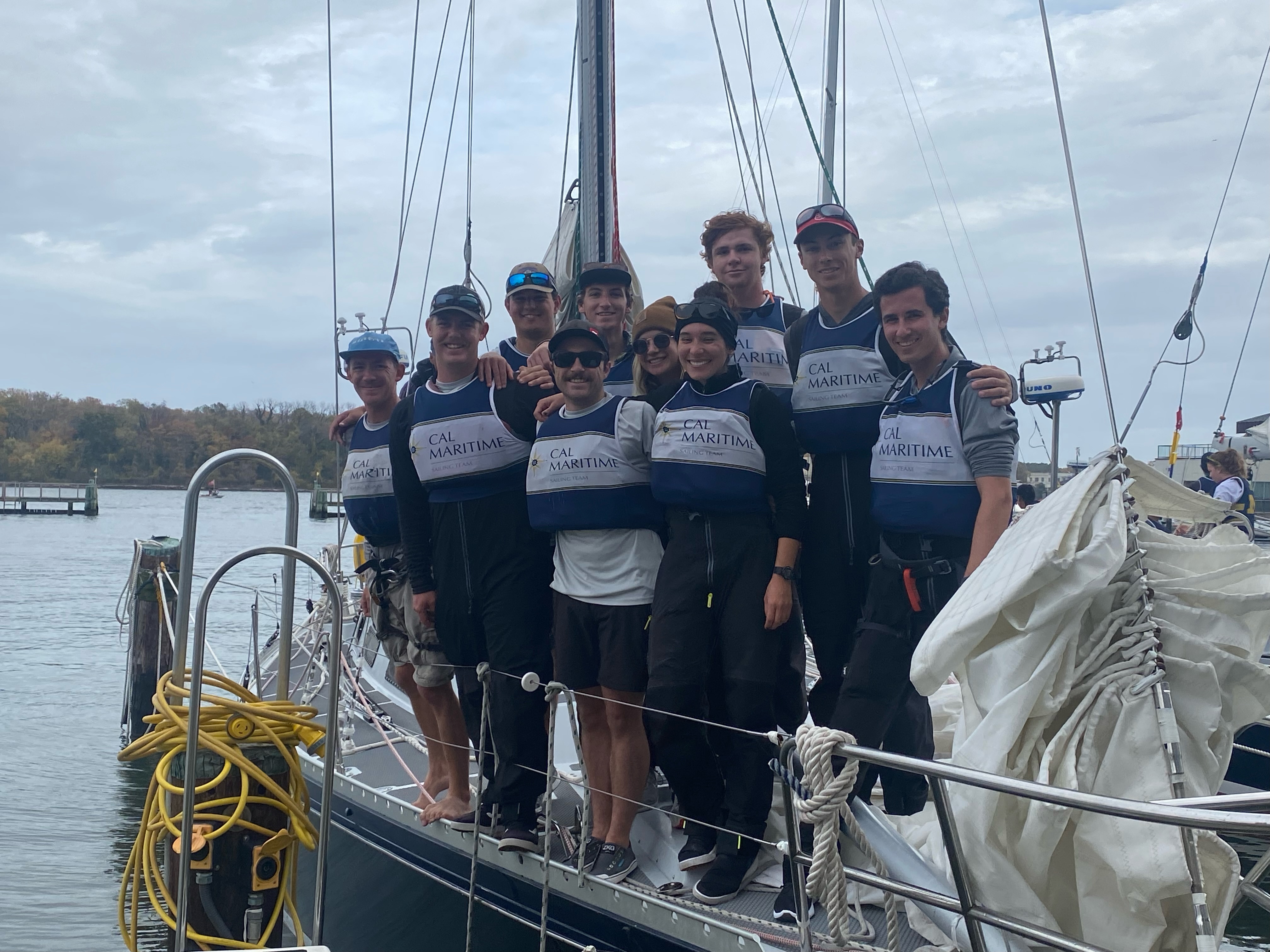 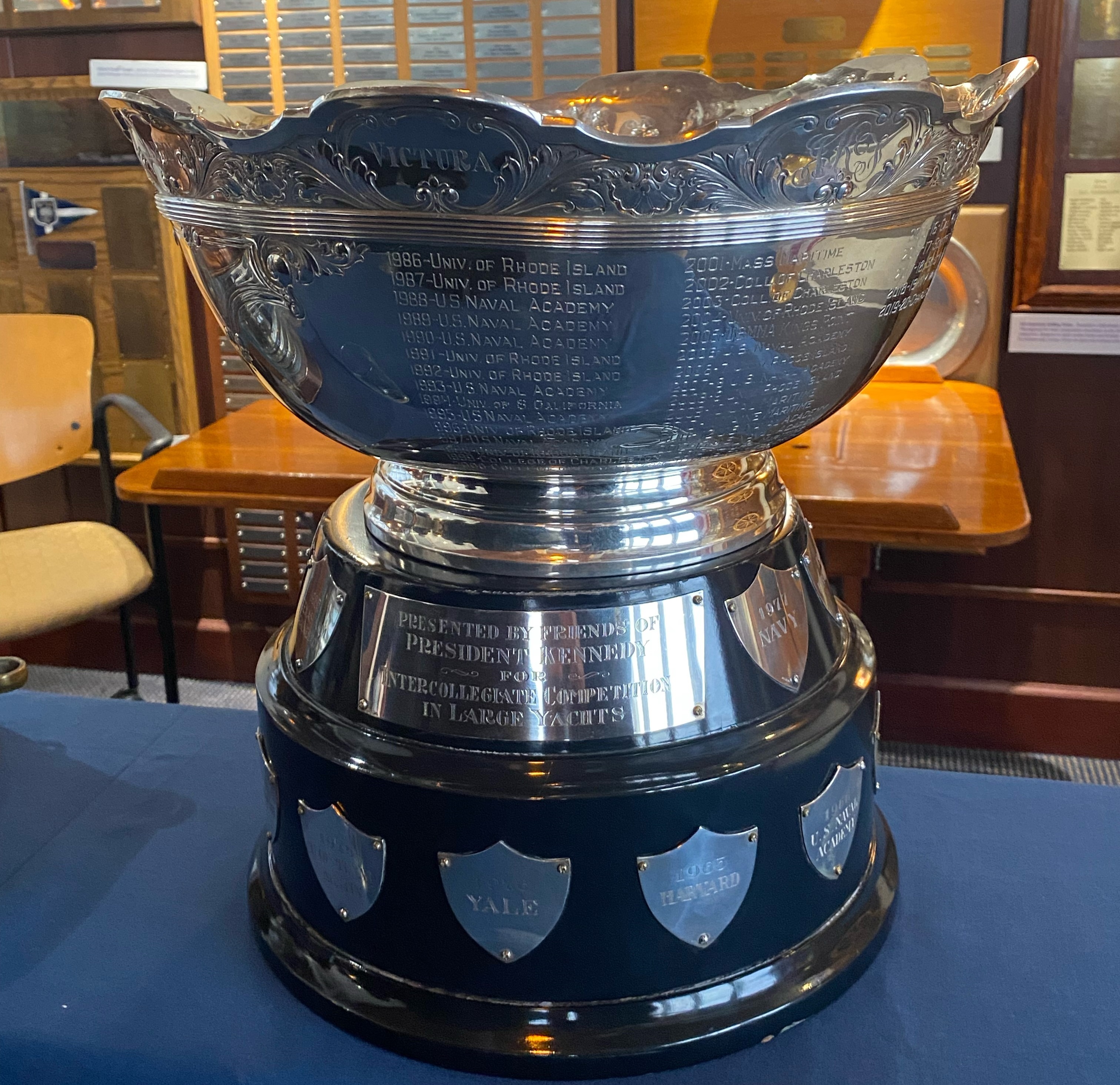