How to Wear the Uniform

Nametags and tapes are an important part of all uniforms besides the PT gear or track suit. The below image shows how to place a nametag on uniform. Cadet ribbons are optional for wear with cadet uniforms. Cadets with prior military service can wear their military insignia and awards. 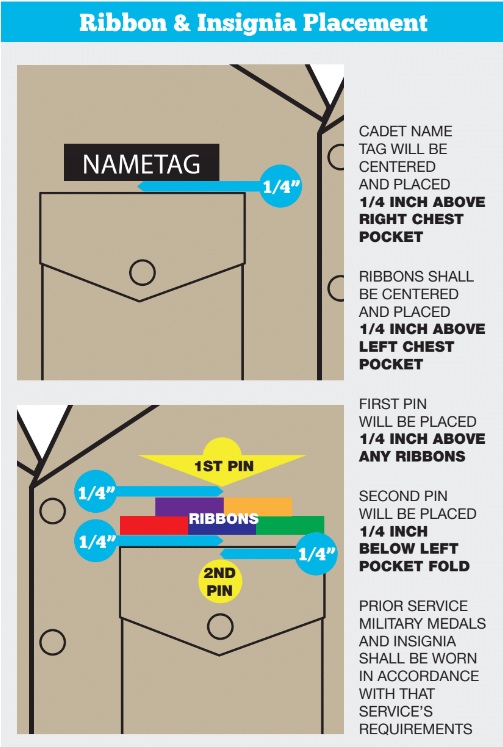 Gig Line- A gig line is the line formed on a uniform when the buttons, fly, and belt all line up. This creates a neat and professional appearance.

Outerwear- All the uniforms have a variety of outwear that can be worn. A few guidelines for outerwear:

Uniform of the Day: