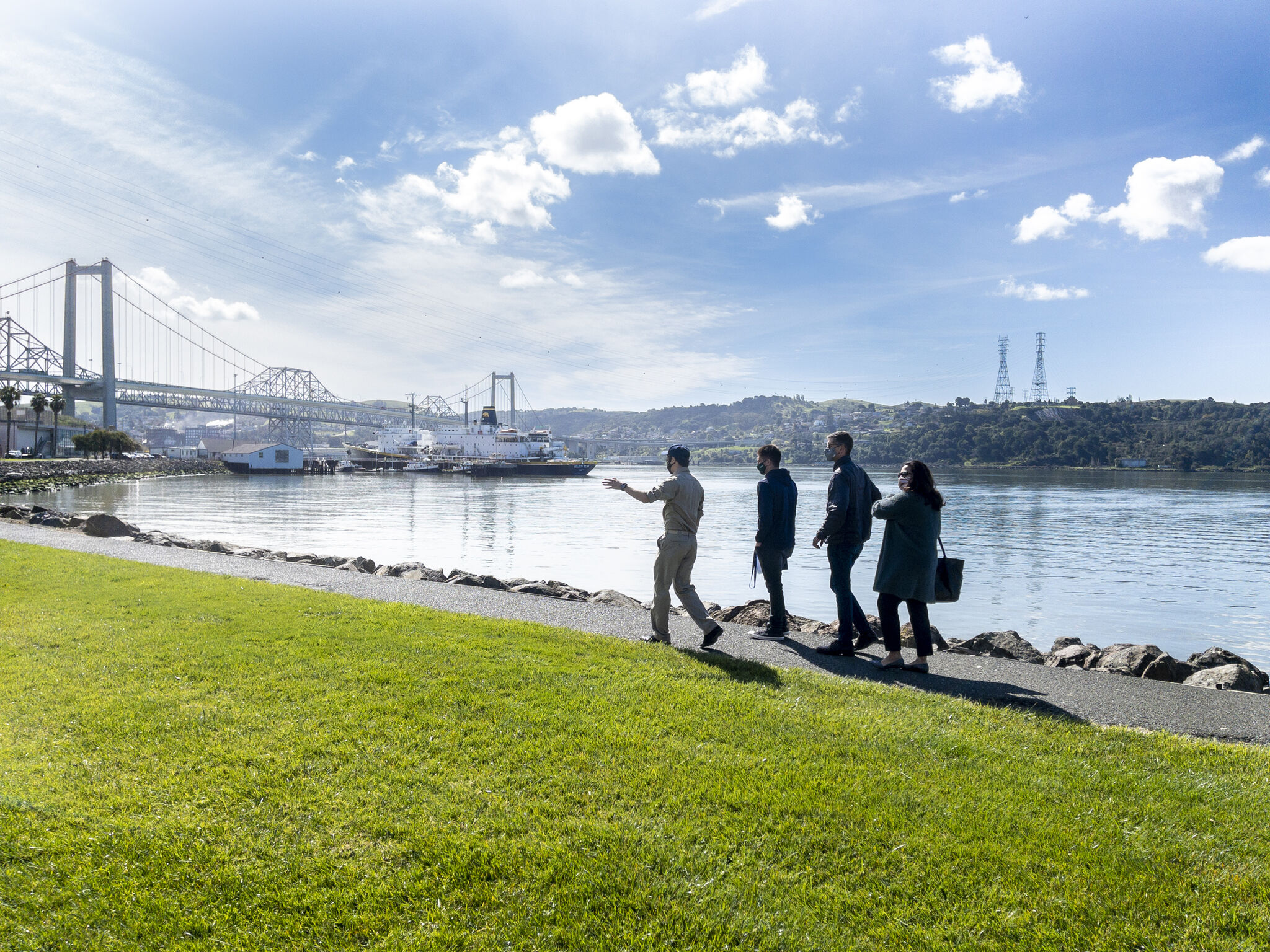 What is the Cal Maritime Waterfront Master Plan?

The Cal Maritime Waterfront is one the most visible components of the Cal Maritime campus and the most widely recognized symbols of the only maritime university on the West Coast of the United States. Located on the San Francisco/San Pablo Bay the campus spans “Morrow Cove” at the mouth of the Carquinez Straight. The Cal Maritime Waterfront includes significant features that include a publicly accessible promenade and breakwater, an operational port for small craft, an operating pier, and the Training Ship Golden Bear (TSGB).

While visually, symbolically, and operationally important, the waterfront has never undergone significant master planning and has developed in an ad-hoc manner. The current state of many waterfront facilities and infrastructure is poor and there are extensive repairs and/or upgrades that are needed. Simultaneously, Cal Maritime is anticipating academic and operational changes over the next five years (2022 to 2027) that will require significant redevelopment on the waterfront, including the extension of the pier to accommodate Cal Maritime's new ship - the National Security Multi-Mission Vessel (NSMV).

The Waterfront Master Plan will incorporate planned initiates into a comprehensive plan  that identifies supporting infrastructure and utility improvements, while taking into campus goals, account academic and port operations, environmental factors and the long-term resiliency of the waterfront.