A chamber music theatre production for solo actor and trio (cello, piano, percussion), exploring the artistic and political passions of Diego Rivera, the unwavering commitment to human rights of Salvadoran Archbishop Oscar Romero and the pursuit of social justice by Mexican American desperado Joaquin Murrieta aka Zorro. Text is by Jose Cruz Gonzalez . Music for this show features songs and concert/vernacular music by a wide range of Latin American composers including Astor Piazzolla and Osvaldo Golijov. more info available here.

Tuesday October 11th from 5-7pm in ABS 102 (food to be provided): Harvest of Empire film and discussion. Co-sponsored with the Latino Club.

Harvest of Empire - Official Trailer from EVS Communications on Vimeo.

El Norte - Mayan Indian peasants are tired of being thought of as nothing more than manual laborers. They organize an effort to improve their lot in life, but are discovered by the Guatemalan army. After the army destroys their village and family, Enrique and Rosa, a teenage brother and sister, who barely escaped the massacre, decide they must flee to United States. After receiving clandestine help from friends and humorous advice from a veteran immigrant on strategies for traveling, they make their way by truck, bus and other means to Los Angeles, where they try to make a new life as young, uneducated, and illegal immigrants.

Latino Americans: The 500-year legacy that shaped a nation - Latino Americans chronicles the rich and varied history and experiences of Latinos, who have for the past 500-plus years helped shape what is today the United States. It is a story of people, politics, and culture, intersecting with much that is central to the history of the United States while also going to places where standard U.S. histories do not tend to tread.

Martin Scorsese's World Cinema Project No. 1 Redes - This vivid, documentary-like dramatization of the daily grind of men struggling to make a living by fishing on the Gulf of Mexico (mostly played by real-life fishermen), one worker's terrible loss instigates a political awakening among him and his fellow laborers.

National Coming Out Day. On Tuesday October 11th the Unity Council and the Gay-Straight Alliance will celebrate National Coming Out Day on the Cal Maritime campus. Join us on the Dining Center Walkway beginning at 1030am where you can pledge your support for the LGBTQ community and receive a Rainbow Delegation bracelet (proceeds benefiting LGBT charity organizations). "Wearing a bracelet tells those around you that you don't support homophobic jokes or slurs and that you are a safe person to talk to".

The campus community is invited to attend the following events celebrating Black History.

1.       Dining Center: A diverse selection of African American cuisine will be served throughout the month. See below for the schedule and menu served for lunch on the respective dates.

4.       #WeAreCalMaritime campaign: Keep an eye out for fellow students and staff talking about what Black History Month means to them.

5.       Music and Invited Speaker: On Thursday February 23rd from 630-8pm in Rizza Auditorium our celebration of Black History Month will culminate with an ensemble of performers and artists including John Ramas Ann'al (Entertainer, Guitarist, Keyboardist), Cal Maritime student performers, our own Cal Maritime Chorus and more. Join us from 6-6:30pm in Rizza Lobby for light refreshments. Don't miss this fun and educational event.

Thank you to all of our partners who helped make International Day 2017 such a wonderful event: The Latino Club, Asian Pacific Islander Club, Susan Jette and Drummm Rhythmic Events, the Cal Maritime Dance Team, Stephanie Mila and Louie Bones in Catering Services, Royster Martin in Audio-Visual Support, Marie Cluney in Cal Maritime Facilities, all student volunteers, all staff and faculty volunteers, as well as the Unity Council subcommittee members Kathy Baird, Demetra Miller, Tari Houston-Collins, Ian Wallace, and Elaine Kociolek as well as others who helped in various ways. 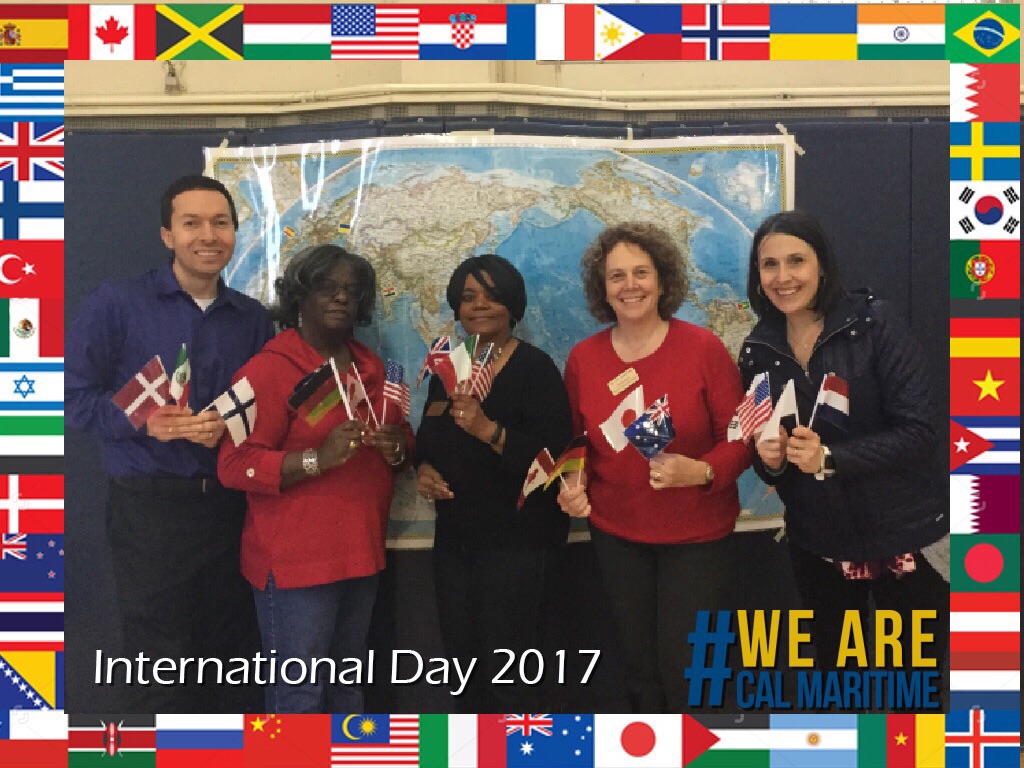 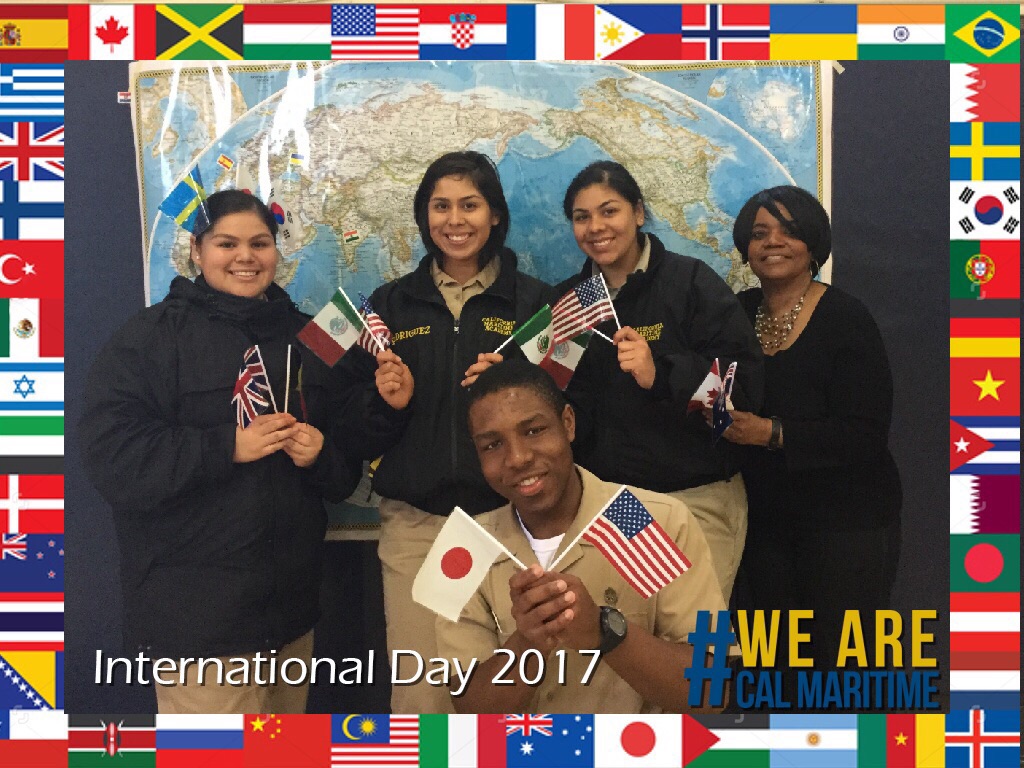